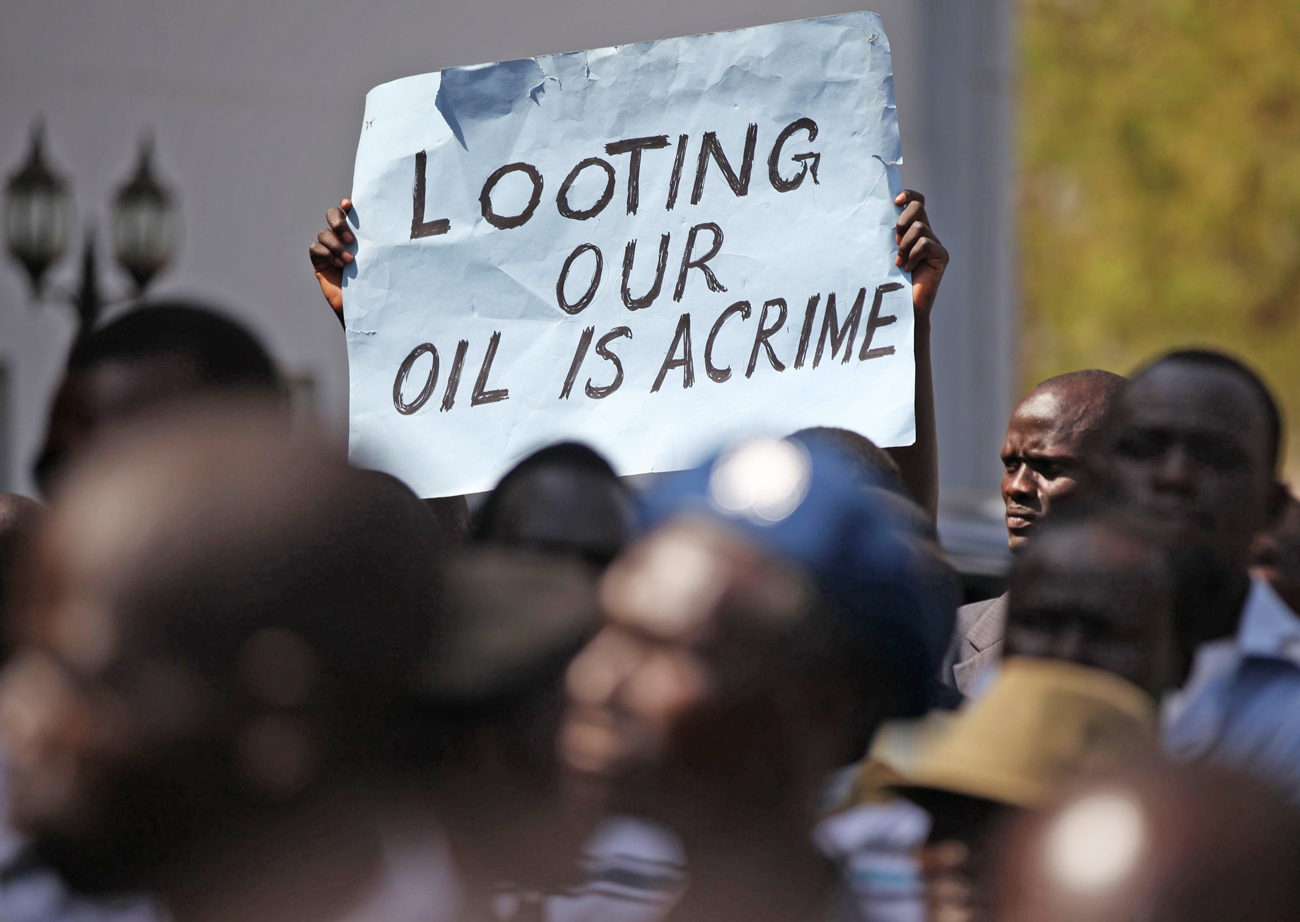 In a fit of pique, South Sudan has completely shut down its oil production and announced grand plans to build a new pipeline to Kenya. This is designed to minimise its reliance on Khartoum, but it’s an overly drastic measure which only raises tensions in the already volatile region. By SIMON ALLISON.

Sudan, as expected, have not been playing nice with South Sudan’s oil. Infrastructural realities mean South Sudan can’t export its oil except through the pipelines to Port Sudan in the north. The infrastructure all made sense when the two Sudans were one, but now it’s a headache for the government in Juba. Last week Juba accused Khartoum of stealing R8-billion worth of its oil. Khartoum said it was just taking its rightful transit fee. Transit fees and distribution of profits were just some of the thorny issues left out of the peace agreement which created South Sudan, as they were too contentious to resolve then. Well, they’re still contentious now, and South Sudan is resorting to increasingly desperate measures to resolve them.

On Monday, South Sudan ordered oil companies to shut down oil production with immediate effect. Apparently this isn’t as straightforward as it sounds – it’s not just turning off a tap, and it will take two weeks for production to cease completely. It’s the latest and most drastic move from the South Sudanese government, outraged at the high transit fees being unilaterally charged by Khartoum. For its part, Khartoum is outraged at the low transit fees South Sudan is willing to pay. Sudan does have its own oil, and says it’s unperturbed by the sudden halt in production. This is a disingenuous claim. Sudan might produce enough for domestic consumption, but its budget relied heavily on oil exports prior to the south’s secession. Transit fees were at least a way for it to recoup some of the loss and it will be hurting.
But South Sudan can’t afford to let its oil sit in the wells either earning nothing. The government doesn’t have much in the way of resources, and the country is almost completely lacking in adequate infrastructure. The only way to build infrastructure is with money. At present, South Sudan’s only significant source of money is oil.

The government’s long-term plan to solve this dilemma was announced on Tuesday. The Kenyan and South Sudanese authorities announced a plan to build a new pipeline from South Sudan to the Kenyan port of Lamu. It is no coincidence that Lamu, despite protests of conservationists, is set to be developed as a major deep-water port in the near future. The new pipeline would take at least 11 months to build, according to one analyst, and cost around $1.5-billion. Both these numbers seem optimistic, given the fact that no one’s yet been appointed to actually construct the thing, that it is projected to run through infamous Kenyan bandit country, and that it would attract monstrous insurance premiums. Analysts question whether the pipeline will ever be economically viable, given that South Sudan’s oil is projected to run out within the next couple of decades.

But South Sudan is playing politics here, not economics. A Kenyan pipeline would free it from dependence on the hated regime in Khartoum and draw it closer to its East African regional neighbours, with whom Juba is increasingly finding common cause. And the timing of this announcement is no accident either. It’s a big middle finger to Khartoum and a reminder that South Sudan is independent and can do what it wants. It puts South Sudan in a position of strength in the heated oil wrangles which are bound to follow, because South Sudan can’t afford to keep the taps closed while the new pipeline is being built.

Sudan and South Sudan are playing a high stakes game of diplomatic chicken, in which two economies are at stake. And while they play their games, tensions rise and both economies suffer. In the end nobody’s likely to win. DM Photo: A government supporter holds a banner during a speech by South Sudan’s President Salva Kiir outside parliament in Juba January 23, 2012. REUTERS/Hereward Holland