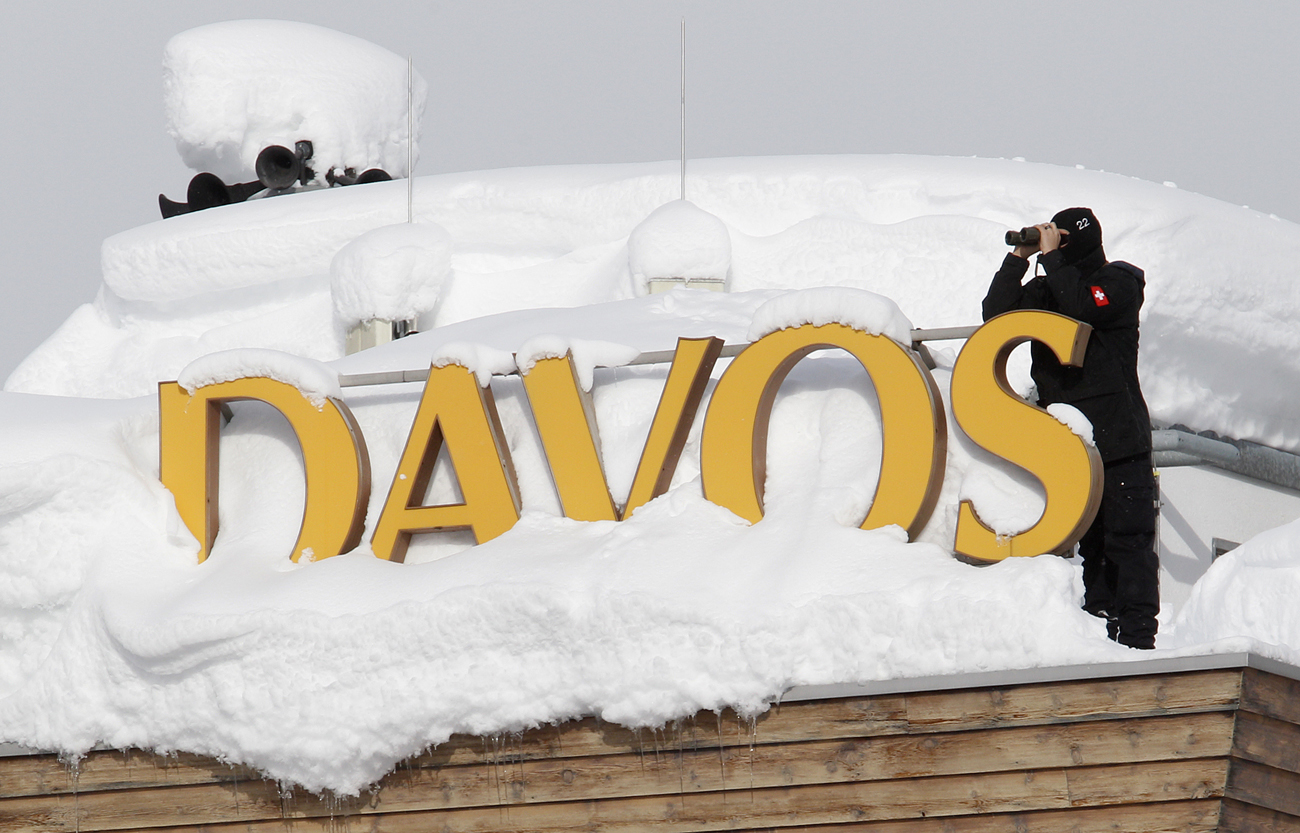 Occupy WEF—the three-letter acronym standing, of course, for the World Economic Forum—is exactly what you think it is. But just in case you’ve forgotten about Occupy Wall Street, here’s a little refresher…this movement is about grabbing the fate of humanity back from the evil profiteers who’ve gotten it (meaning, us) into this mess; it’s about telling the corporate CEOs and investment bankers, flush with the lovin’ from their annual bonuses, that we’re onto them; it’s about the fact that the universe doesn’t belong anymore to the fat-cats who make up the one percent. No, Occupy WEF bellows, the earth shall be inherited by the 99% who have no say!

Or, to be exact, had no say until 2011. Because in January 2012, the man who conceived of that yearly champagne fest in the snows of Switzerland, the dude who put the “C” (cushy, self-congratulatory, crass) back into Capitalism, is speaking like, like…well, like a hippie.

Witness the words of Terry Milewski, writing for the Canadian national broadcaster’s website on the day of Davos 2012’s opening: “For decades, this ritzy Swiss resort has hosted an annual celebration of capitalism where luxurious Audis ferry potentates and presidents between lavish hotels so they can bemoan the perils of socialism, high taxes and debt. And yet, this year, the veteran founder and Chairman of the Davos World Economic Forum, Professor Klaus Schwab, declares that ‘Capitalism, in its current form, no longer fits the world around us.’

“Really? Is Schwab, of all people, joining the Occupy Davos movement? The business professor who’s been presiding over these festivals for the rich and mighty for forty years? Maybe so.”

Yup, maybe so. And a very deft and timely floor-crossing it is, Herr Professor. Because this time, as predicted by a few people who really knew—and were wholeheartedly ignored—back in 2009, the global banking crisis has evolved into a Western sovereign crisis the likes of which the world (and all the forums in it) has not for a very long time seen. Greece? The country wouldn’t be touched by a pawnbroker with a disinfected barge pole. Italy? Not with Silvio Berlusconi’s penis. The Euro? Let’s not even go there.

Still, there are some in the European Union who are treating it all with the seriousness it deserves. Here, thanks to the Guardian, is what German chancellor Angela Merkel proclaimed from her podium in the wonderful resort at 4.24pm, Wednesday 25 January: “What is needed is a big rethink. Let us take a moment to reflect what lessons we have learned from the global financial crisis. Is it sufficient what we have learned? There’s still room for improvement.”

And here, thanks to The Telegraph, is George Soros: “The measures introduced by the European Central Bank … have relieved the liquidity problems of European banks but they did not cure the financing disadvantage from which the highly indebted member states suffer. Half a solution is not enough. It leaves the weaker members of the eurozone relegated to the status of third world countries that become highly indebted in a foreign currency.”

Soros, who has been punted as The Man at Davos 2012, the figure who’s sayin’ what needs to be said, also wondered aloud whether European authorities have deliberately prolonged the crisis in order to keep the heat on Greece and Italy, or whether the arguments behind closed doors in previous talks about talks (about talks about talks about talks) have been so divisive that no real solution could be found.

It’s a good question, especially given the fact that Merkel, in a candid interview with the Guardian and five other newspapers, has just cast doubt for the first time on Europe’s ability to save Greece from full-on financial meltdown. The German head-of-state conceded that the precedent-setting multi-billion bailout and the austerity measures weren’t working.

Which would all be endlessly depressing, if you didn’t have those Occupy WEF guys in their igloos, rising from the snow just over 3 kilometres from the Davos Congress Centre. There are seven of them right now, and the protesters are hoping to have another 12 by Saturday. Why igloos? If you have to ask—if you don’t get that houses made of ice symbolise a world where the dominant species aren’t leaches—than you probably ain’t part of the 99%. DM Photo: A member of Swiss special police forces observes from the roof of a hotel covered in snow in Davos, January 24, 2012. The annual meeting of the WEF takes place under heavy security measures from January 25 to 29 in the Alpine resort, and will be attended by top politicians, monetary policymakers and senior business executives. REUTERS/Christian Hartmann