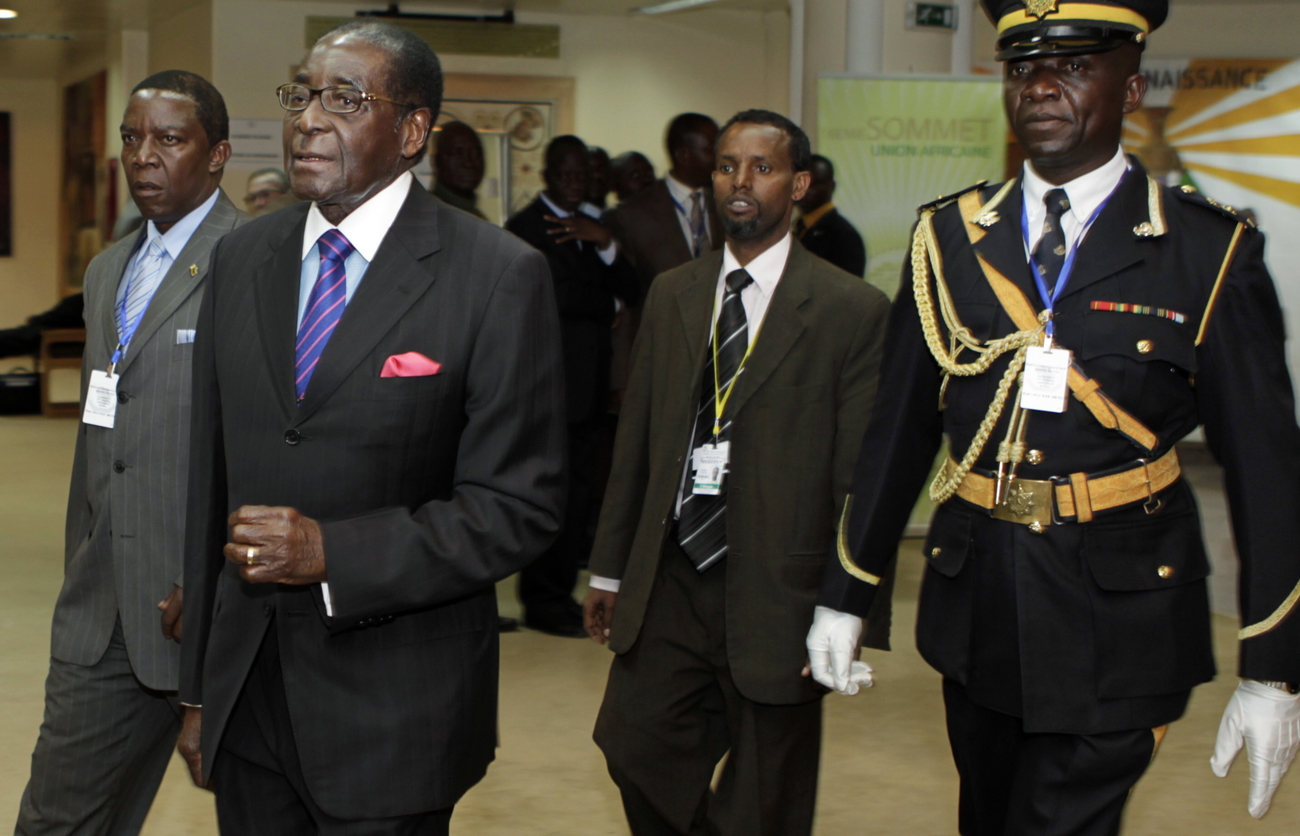 Speaking at the opening session of the 18th African Union summit in Addis Ababa on Monday, AU commission chairman Jean Ping said the African Union had, over the past year, taken great steps in “defence of the spirit of democratisation” of Africa. By KHADIJA PATEL.

“We had a very difficult year. Ship Africa has been in the storm at sea,” Jean Ping, said in his speech, reflecting on the African Union’s bumbling efforts in a year of great tumult. Elections were held in more than 20 countries across the continent last year, hopefully signalling the beginning of a more democratic culture spreading across the continent.

A much-anticipated presidential election held in the Democratic Republic of the Congo (DRC) last November saw at least 42 people killed in election-related violence, in some cases, a result of soldiers firing on groups of alleged opposition supporters. While millions of people queued to vote, the election lacked the elation of the 2006 election and the result remains a source of deep division in the DRC.

A run-off election originally scheduled for 26 February 2012 was shelved with a change in election laws that also saw a change from proportional to majority representation, drawing strong criticism from members of the opposition. The results – which returned Joseph Kabila to power – are still contested by disgruntled members of the opposition who accused President Kabila of intimidating voters and rigging the polls.

So far, however, a full scale conflict like that witnessed in Cote d’Ivoire early last year was averted. So too Liberia, Nigeria, Uganda, Zambia and Sierra Leone also went to the polls without troubling the UN Security Council. But despite these apparent gains towards a culture of democracy, elections are sometimes the subject of a masterful con job, creating the illusion of democracy without actually representing the will of the people.

In its World Report 2012 released on Sunday, Human Rights Watch (HRW) said, “Elections held throughout sub-Saharan Africa in 2011 signalled a growing formal commitment to democratic rule, but Africa’s leaders deployed violence and curtailed rights during election periods and beyond to hold on to power.”

“This past year demonstrated the desire of so many Africans to choose their own leaders peacefully and fairly,” said Daniel Bekele, Africa director at HRW. “Sadly, the votes were often marred by government intimidation, army and police abuses, and conflict incited by politicians. Unless these grave problems are remedied, Africans are likely to see more of the same in future elections.”

As a further 25 African nations are scheduled to hold elections this year, scrutiny too has fallen on the efforts of the African Union to further democracy on the continent. HRW slammed the AU as an organisation “ostensibly created to support democracy and freedom wary” of grassroots democracy movements in the Arab Spring.

And yet the AU, all the way back in 2007 adopted the Charter for Democracy, Elections and Governance to address a tendency towards authoritarian rule on the continent. Highlighting human rights, the rule of law, democratic elections and unconstitutional changes of government, the charter aims to “reinforce commitments to democracy, development and peace in Africa”. There certainly is no faulting its intention but commitment to the Charter has been abysmal.

Only 37 of the 53 AU member states have signed the democracy charter and of those, only 14 have ratified it so far. The charter requires 15 states to sign the charter, ratify it within its borders and then “deposit the instruments of ratification” with the AU, before it can become an effective and legally binding instrument of the African Union.

Professor Narnia Bohler-Muller, from the Africa Institute of South Africa in Pretoria says the trend towards poor ratification of the Charter is not easily explained. After all, “The provisions in the Democracy Charter are actually not very different to the African Charter for Human Rights,” she says.

The Democracy Charter is however defined by it s emphasis on democracy as a prerequisite for peace. “The Charter links democracy and elections with peace,” Bohler-Muller explained to The Daily Maverick. “Not democracy on its own accord – democracy here is underpinned by the rule of law,” she added.

In the run-up to the latest sitting of the African Union and the Pan-African Parliament – as well as his defence of his position as head of the AU – Jean Ping has been especially vocal in emphasising the need for further ratification of the Democracy Charter. The AU of course remains a toothless monolith without the aid of such legally binding instruments to intimidate member states into submission.

Bohler-Muller believes southern African states under the auspices of SADC have also amplified the call for further ratification of the treaty, with an eye on upcoming elections in Zimbabwe. “Violence has marred electoral processes in places like Zimbabwe,” she says. “(Zimbabwean President) Mugabe was asked to postpone elections for fear of violence but it’s a delay of the inevitable.”

Elections in Zimbabwe will focus attention once more on the capacity for democracy in African states. Commitment to democracy as an ideal however, Bohler-Muller points out, can only form one part of the broader practical constraints of a democratic culture in the continent. “Focus too must be shown on electoral mechanics and the selection of a governance model appropriate to individual states,” she says. “Also, in order to build trust in the democratic process, the consistent appearance of free and fair elections must be upheld.”

Ultimately however, Bohler-Muller believes Africa continues to be dogged by leaders who refuse to relinquish power. “One academic calls this ‘leader-centrism’,” she says. “The focus is on them and their consolidation of power at the cost of development.”

“The sovereignty of a person becomes greater the sovereignty of a state,” she remarks. “Africans have their own aspirations but they have been prevented from realising them by leaders who have concentrated on centralising power.”

“The AU,” she concludes, “as an aggrandised ‘old boys club’, is also responsible for shutting people out from the pursuit of democracy.”  And as long as democracy is reduced to the theatre of illusion, Africans will disregard the meaningless ballot box and seek less elegant means to remove their leaders from power. DM