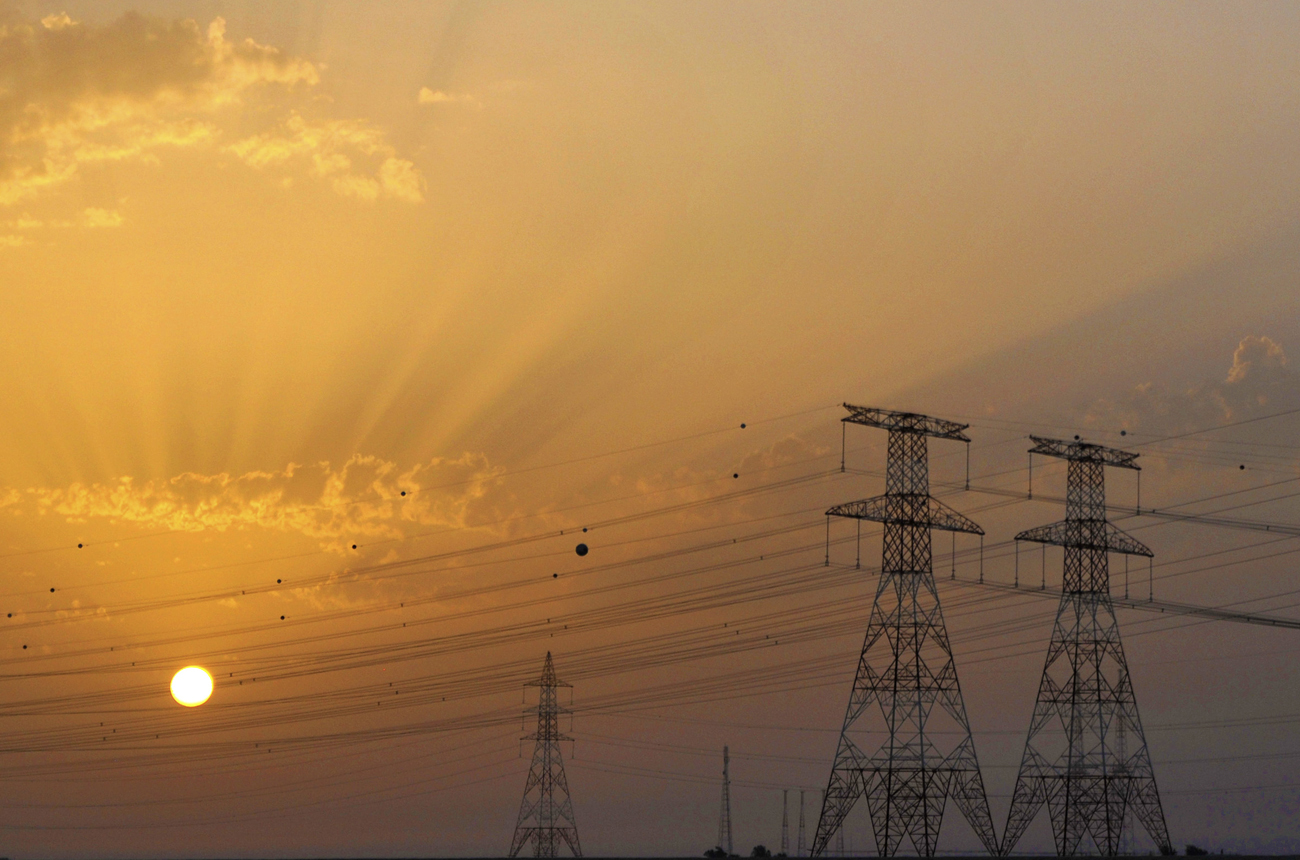 Eskom’s warning of possible renewed rolling blackouts is enough to chill the heart of any South African. It’s a grim prospect – we remember the (ironically) hellish time of “load shedding”, with billions of rands lost. As dark predictions of shedding resurface, we wonder if the lessons of 2008 were completely lost? By SIPHO HLONGWANE.

There are few things which unite South Africans better than a shared hatred. It is usually crime, ill-treatment at the hands of Kiwi rugby referees, and of late, the e-toll roads around Johannesburg. Oh, and load shedding. We hate load shedding.

To modern life, not having electricity is in the same category as a major earthquake. Life literally stops. This may be acceptable if it comes about thanks to “an act of God”, like a tornado or earthquake. But when the mess is the making of a company entrusted with keeping our lights on and our stoves working, well, grim acceptance quickly transmogrifies into justified rage.

That is exactly what happened late in 2007. Eskom announced that, with reserves running lower than 8% in some areas, they would need to implement a blackout schedule – known as load shedding –to prevent crashing the entire national grid. When asked how long this situation would last, the answer was: We don’t know. It could be as long as seven years. That put the 2010 World Cup smack in the middle of this situation.

The Mail&Guardian was less than cheerful in its assessment of the situation. “Picture it: Johannesburg, 2010. It’s the final of the World Cup, and Bafana Bafana are playing England. Soccer City is brightly lit: massive floodlights tower into the night, big screens flash advertisements, loudspeakers play African anthems. Look beyond the car parks and the crowds, though, and the horizon is black; several nearby suburbs had to give up their electricity to let the soccer extravaganza run its course.

“Embarrassing? Quite. Unlikely? Perhaps not. Despite previous assurances by Eskom that there will be enough electricity to go around come 2010, this week many South Africans again sat in their dark, silent homes as another round of load shedding kicked in. It was due to ‘unplanned outages’ at power stations and ‘equipment repairs’, Eskom said. The electricity provider then announced, frighteningly, that load shedding is here to stay. For the next five to seven years, which very much includes the World Cup,” the M&G said.
Whose fault was this?

Some blamed poor management and incompetence among Eskom’s management upper crust (even as they pocketed gigantic bonuses. The government and Eskom had been warned in 1995 they needed to increase the national grid’s capacity or face a massive calamity in the coming decade, others said. Nobody would take the rap.

South Africa was encouraged to cut consumption by 20% to ease the pressure on the grid. Fin24 reported, “Speaking to Business Times on Friday, Eskom’s chief executive Jacob Maroga told the Sunday Times export power was reduced whenever South Africa faced a shortage, but that local consumers also had to lower consumption by 20% to ease the problem.”

Finally, in 2008 a “solution” to the problem was found when several mines and large industrial corporations cut back on consumption to ease the burden. Though blackouts returned in April 2008 for Eskom to build up capacity for the winter, they did not happen again on the same scale.

Of course, we didn’t escape entirely unscathed. International ratings agencies began a series of outlook and credit rating downgrades on Eskom. It is calculated that load shedding cost South Africa’s economy some R50-billion in 2008.

We’ve had a few scares since then. In 2009, Eskom spokesman Andrew Etzinger told Reuters that they had put up schedules for load shedding up on their website, but they didn’t expect to use them. “It is almost like an evacuation plan in the building … you don’t plan to use it, but in the event that we do, those are the plans that would be implemented,” he said. This did nothing to comfort the nation.

And now, in January 2012, Eskom has warned once again that rolling blackouts may happen. “We are working very closely with our large customers to see if they can reduce their load… but the risk is very high. We are doing our utmost to avoid it,” spokeswoman Hilary Joffe said.

These blackouts – if implemented – are expected to last until February, as Eskom cashes in on the relative low demand of summer to catch up on some maintenance.

Realistically, this situation is expected to last until 2017, when Kusile and Medupi, two coal power stations being built in Mpumalanga and Limpopo respectively, bring an extra 4,800MW each onto the grid. The government has also mooted building six new nuclear power stations once the two coal stations are on the grid.

All this, of course, is in the distant future. South Africa faces a potential five or six years (problems with the boiler contractor mean that Medupi is already delayed) of scrimping, saving and asking vital industries not to run at full capacity to prevent rolling blackouts as in 2008.

For now, Eskom itself seems powerless to stop load shedding. Speaking to Financial Mail in 2011, Eskom CEO Brian Dames warned that the plans they’ve put in place to temporarily ease the situation may not work. “The energy gap for 2012 is quite frightening. Are the mechanisms that are in place enough to avoid catastrophe? Even if we use all the mechanisms we currently have, there will still be an energy gap,” he said.

In the meantime, all we can do is use less electricity. “We need to save a lot more and for several reasons,” Joffe said. “The one is obviously the power system is going to be tight for the next two years and the most effective way of matching supply and demand is to reduce demand.”

How nicely put. Meaning: We screwed up, and you are on your own. What really is in equal parts angering and frightening, four years after the chaos of 2008, is that the message has not changed. Come to think of it, the message is perfect because it is truth. They screwed up and we are on our own. DM