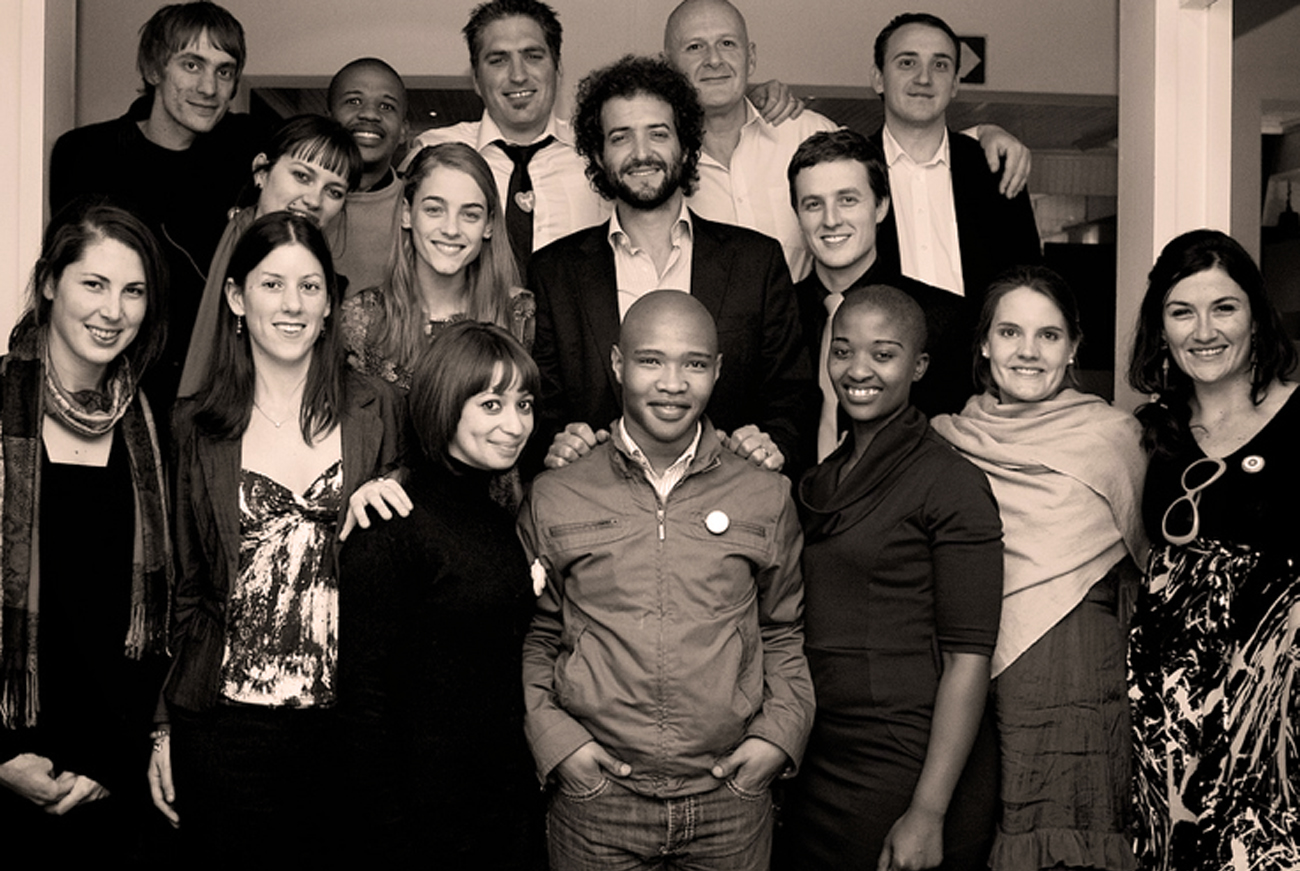 Kotler, the god of marketing, says that marketing isn’t about disposing of what you make, but is the art of creating genuine customer value. Yuppiechef lives this sentiment through an online store, backed by people who are fanatical about delivering happiness to their customers. It’s a smart, competitive strategy that’s delivered 300% year-on-year growth for the five year old digital retailer. By MANDY DE WAAL.

Phil Hillier’s an Englishman living in South Africa who has a very special vocation. You can watch him talking about it on YouTube: “I knew it was big. Bigger than anything I’d done before,” Hillier says on the video. “They told me once I’d started, things would never be the same. Of course I understand now, but back then I had no idea – I mean, how could I? I’ve done many things in my life, they all seemed important at the time. But this is the real deal.”

Strangely enough, Hillier doesn’t save lives or teach children or rescue dolphins. He’s an ordinary guy that does something that’s extraordinary in the world of online shopping where customers and retailers never meet face to face. He’s the card writer for Yuppiechef.

If you think this isn’t an important job, go have a look at Yuppiechef’s Facebook page and you’ll see that Hillier is the smile on customer’s faces. In the world of online transactions where, so often, the human touch is removed, Hillier is the man who makes the people who receive goods from Yuppiechef happy.

So where did the card writing idea come from? Well, it started with the first parcel Yuppiechef dispatched. The ecommerce business was founded by Andrew Smith and Shane Dryden, who were partners in a web development company but had the dream of selling products rather than perpetually selling their time.

Dryden is a bit of a closet chef and was asking a chef friend what 12 essential kitchen tools every part time gourmet should have in the kitchen, when his friend pulled out a pair of Cuisipro tongs. As luck would have it, Dryden had met the local agent for Cuisipro barely a week earlier. Dryden put one and one together and the answer he came up with was Yuppiechef.

Together with Smith, they created the site and in August 2006, Yuppiechef went live and the duo waited for orders to start rolling in. The timing seemed perfect. DStv had launched The Naked Chef that had catapulted Jamie Oliver to superstar status and Gordon Ramsay had already been telling people to fuck off for two years on Ramsay’s Kitchen Nightmares. The celebrity chefs had arrived and, in their wake, were millions of domestic “wannabes” needing twirling tongs in domestic kitchens. Suddenly everybody who was anybody was a foodie.

Back in Cape Town, Smith and Dryden were wondering when the amateur chef fever would set their site alight with orders. They patiently waited, and waited, and waited. Imagine their excitement three months later when Yuppiechef got its first sale, which wasn’t from a mom, dad, or aunt. Smith and Dryden were so delighted they wrote a heartfelt note thanking their first real customer for supporting Yuppiechef. The note was such a hit they decided the card writing would never stop.

A couple of months later the Yuppiechef founders would convince a friend living and working in London to come back and help them. A brand and marketing expert, Paul Galatis was given an equal share of the business in return for sweat equity.

Galatis tells the story of how the Yuppiechef founders met with Tony Trahar, the former CEO and Chairman of Anglo American in London for a bit of business advice. “Tony knew nothing about our business and didn’t even have a computer on his desk when he was at Anglo, but he had heard about our handwritten cards and said it would be sad when we got big because then we’d no longer be able to write those cards because of scale. Andrew (Smith) said no matter how big we got, Yuppiechef would always send out handwritten cards with each parcel, even if this meant recruiting hordes of grannies to do the writing,” says Galatis.

Yuppiechef defines itself as “a customer service business that happens to sell kitchen tools”. “It is a concept we borrowed from Zappos (the online shoe retailer) and we believe that by being fanatical about customer service we can make a major impression on our customers and that they will talk to others and spread the word.”

The Yuppiechef business philosophy is that online retailers operate in incredibly connected space where delivering a bad product or service is simply not an option. “We do spend a little bit on marketing, but nowhere near what people imagine. A massive portion of our visitors come from word of mouth because people share positive stories and love telling others about their happy experiences,” says Galatis. “We manage to get 70% of all our parcels delivered overnight.”

Unlike other online retailers, Yuppiechef never discounts its products. “For the internet to be another viable shopping channel, it can’t be discounted. We sell premium brands at full or top value. We now have 65 brands and some 3,500 products online, and we offer free delivery because we think it’s important to take away the barriers to that first online transaction, but think discounting on products isn’t the way to go because it isn’t a sustainable way of running an online business.”

Yuppiechef dispatches free across the country and Galatis tells of how they once dispatched a R65 spatula to Kuruman. “Like all our other products we packed the spatula in a box with wood wool, put wrapping paper over the box, enclosed it with our bright pink Yuppiechef tape and sent it off with a hand written, personalised note. The woman who bought the spatula, lives hundreds and hundreds of kilometres away from Sandton City and will order again, and that’s exactly why we send one solitary spatula to Kuruman. People always come back after that first purchase,” Galatis says.

Yuppiechef celebrates its fifth anniversary this year, and the founders are no longer twiddling their thumbs. In fact they’re busy. The business has grown 300% in revenues year on year, and the retailer now has a team of 16 people including Phil Hillier, Yuppiechef’s card writer. “We’re verging on profitability but that’s only because instead of taking out profits we’ve chosen to rather reinvest them in the growth of our team and our brand,” says Galatis.

The company that believes life is too short to flip an egg with just any run-of-the-mill spatula have become experts at making people happy.  “One of our customers told us this wonderful story about Berco, our courier company. The couriers were delivering a package to Parkview in Johannesburg and when the Berco man arrived, he said to our customer: “I bring you another box of happy.” We come from a century of bottom-of-the-barrel customer service and when you treat people well, they take notice.” For Yuppiechef, creating customer happiness isn’t just a marketing or operational strategy, it’s a competitive differentiator.

Despite its convenience, ecommerce is, at best, a machine that strips the human experience out of shopping. “People go online to shop and think there’s this machine that will spit something out, which makes them worry about what they’ll do if things go wrong. At Yuppiechef, we’re all about people. This business is all about human beings and a large part of what we do is to humanise the customer experience. We’ve created this culture that is intrinsic to who and what we are. Competitors can copy of lot of things but it is incredibly difficult to copy culture.”

In a networked world were social media amplifies the essential nature of a business it comes as no surprise to hear that Yuppiechef is experiencing such good year on year growth. They’re the happy-making brand and the one thing everyone wants a little more of is happiness. DM