Somalia and Niger: A tale of two famines 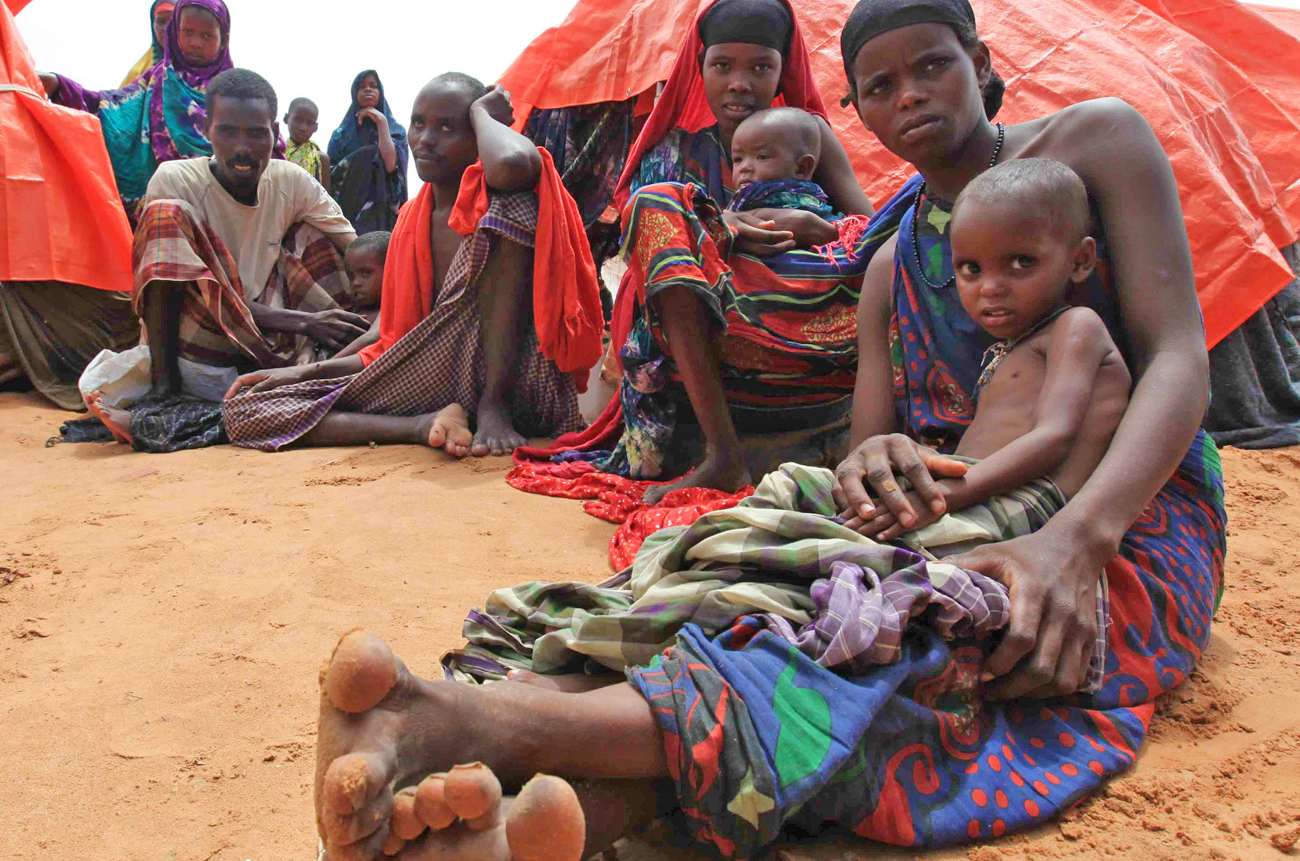 Last year, there was a famine in Niger. At the time the World Food Program fed 4.5 million people across a country suffering severe food shortages. That’s a lot of hungry people, and doesn’t include those people unable to access WFP supplies.

This year’s famine in Somalia is smaller. Comparing tragedies is always uncomfortable, but sometimes it’s necessary. According to WFP estimates, 3.7 million people in Somalia need food aid, but the WFP can only reach about 1.5 million, thanks to “insecurity”, as its website ambiguously refers to the situation there. Going on these estimates, this means nearly 800,000 more people were at risk in Niger than currently in Somalia.

This comparison is not meant to belittle the humanitarian disaster unfolding in the Horn of Africa. It just serves to highlight the disparity in how the world treats different African tragedies. Somalia’s famine has been in the headlines for a month now. The Dadaab refugee camp on the Kenyan border, the world’s largest, is crawling with international journalists (most of whom are based in Nairobi anyway; the trek to the Kenyan border is quicker and cheaper than a flight to Niamey). The WFP has issued urgent appeals for funds to deal with the crisis, and there have been two United Nations-organised emergency donor conferences in the last week to raise funds, while the African Union is holding another one in Addis Ababa on 9 August.

The reaction to the famine in Niger was significantly more muted. Although the numbers were larger, the story was less interesting – so don’t feel bad if you never realised anything was wrong in Niger. But why?

Like so many things in the post-9/11 world, the global narrative is driven by terrorism. Niger, the large West African country whose name is best known for being just one unfortunate letter away from a pejorative racial insult, has a few terrorists, but not enough to really matter. Elements from al Qaeda in the Islamic Maghreb wander across Niger’s border every now and then, taking advantage of the large desolate areas which characterise most of the country, but for the most part its contribution to the War on Terror is minimal.

Somalia, on the other hand, has lots of terrorists. While Al Shabab, the Islamic militia which controls vast swathes of the country, might not define itself as such, the international community certainly does with the group featuring prominently on the US list of terrorist organisations. But terrorists or not, Al Shabab governs more of the country than the official government, which doesn’t even control the capital Mogadishu in its entirety.

By all accounts, Al Shabab deserves the “terrorist” label. Its members were behind the twin bomb blasts  in Kampala, Uganda, which killed 74 people while they were watching the 2010 World Cup Final. The group has committed a number of atrocities in Somalia, including suicide bombings against government officials, with no regard for civilian lives. The bits of Somalia which they do control are under strict Islamic Sharia law, or at least the group’s often unpredictable interpretation of it. Punishments for even minor transgressions are brutal; there are plenty of reports of children losing hands for petty theft and girls as young as 13 being stoned to death for alleged adultery. Recently, Al Shabab banned samoosas, a popular Somali street food, on the grounds that their triangular shape bore a resemblance to the Christian symbol for the Holy Trinity. Al Shabab is also linked to al Qaeda. Although it’s a subject of much debate just how close the two groups are, a number of Al Shabab fighters received training at al Qaeda camps in Pakistan and Afghanistan, and al Qaeda has provided weapons and even fighters to help Al Shabab, say US officials.

But despite international condemnation, extensive sanctions imposed on Somalia, the presence of thousands of African Union troops and millions of dollars ploughed into the dysfunctional transitional federal government in Mogadishu, Al Shabab remains resolutely in power over most of the country. Nothing the international community does or says seems to make much difference as long as Al Shabab retains enough popularity to maintain control.

Which is where the famine comes in. The food shortages in Somalia are real and pressing. But Al Shabab has its head in the sand. It denies anyone’s hungry, and actively prevents relief agencies from getting into affected areas – to do so would be to hand a massive public relations coup to the international community, and the corrupting Western influence it represents.

Weapons and money haven’t achieved much in Somalia, which is the poorest and worst-governed country in Africa by a long stretch. This new strategy concentrates on hearts and minds, something the international community should have focussed on a long time ago in Somalia.

So while undeniably serious, the famine in Niger was purely about hunger and food. The famine in Somalia – specifically the world’s response to it – is the latest front in the war on terror and, consequently, a much sexier story. DM

Photo: An internally displaced Somali family gather in front of their makeshift shelter in south Mogadishu in Hodan district August 2, 2011. More than 10 millions people have been affected by the worst drought in 60 years in the Horn of Africa, which has affected northern Kenya, south Somalia, Ethiopia and Djibouti. REUTERS/Feisal Omar