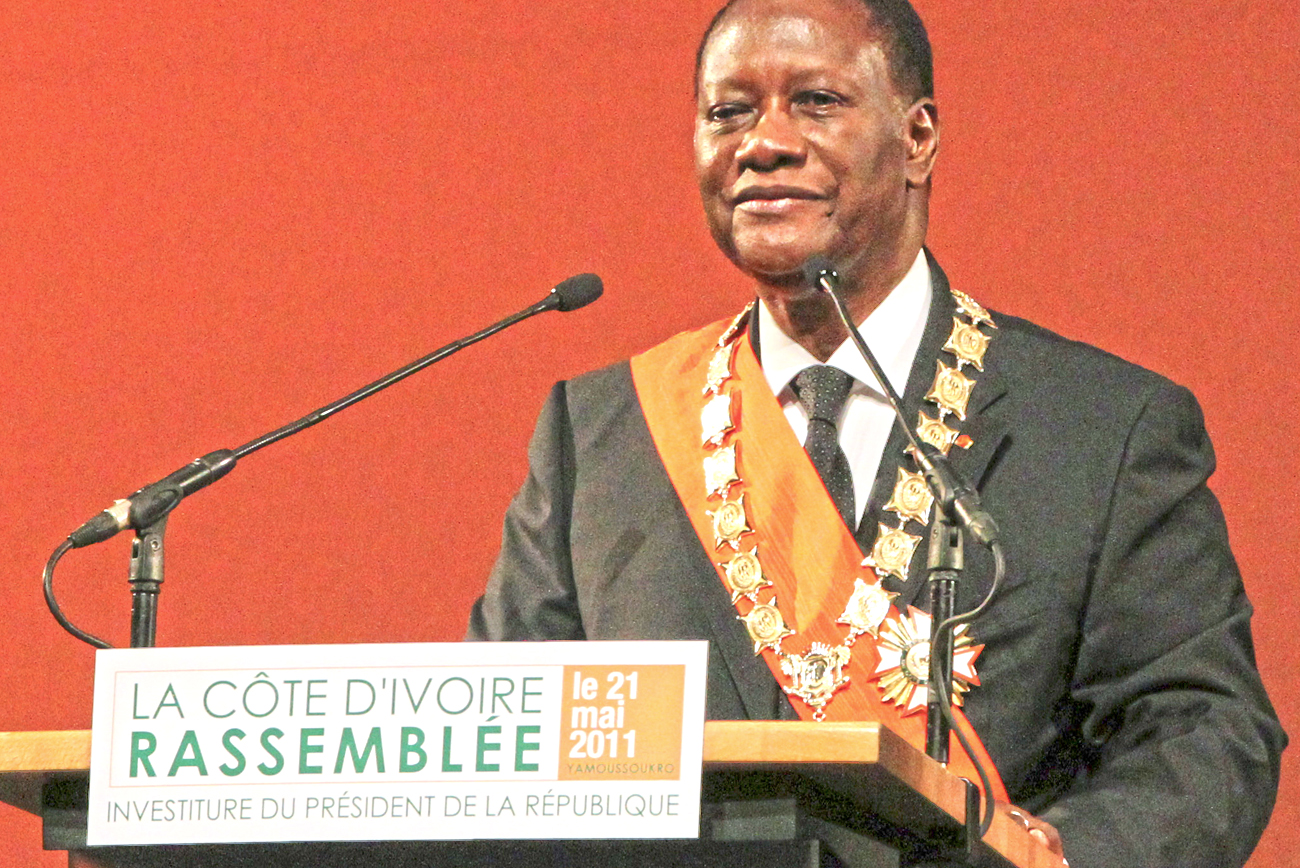 Three months after Laurent Gbagbo was captured in Abidjan, Côte d’Ivoire’s President Alassane Ouattara has wasted no time in selecting a commission to investigate all the human rights abuses in the post-election chaos of 2011. So far, not a single Ouattara ally has been arrested or required to appear before the commission. Questions of Ouattara’s ability to keep his promise to investigate all perpetrators linger. Meanwhile, Côte d’Ivoire begins the slow process to recovery. By SIPHO HLONGWANE.

One of President Alassane Ouattara’s most enduring soundbites during the post-election crisis and after has been his promise to punish human rights abusers no matter which side of the conflict they had been on. He has now begun fulfilling that promise by appointing a truth and reconciliation commission of sorts on 16 June which has been mandated to investigate abuses on both sides of the conflict.
Bruno Kone, the Ivorian government spokesman, said after a June cabinet meeting, which established the commission, “The national investigation commission will shed light on all the human rights violations perpetrated during the post-electoral crisis. The president called for all investigations to be carried out without delay so that those responsible could be identified and be applied[sic] sanctions if needed.”

Human Rights groups have pointed out that while Ouattara’s government has been swift to appoint a truth commission, it hasn’t been as quick to stick its hand in the fire and confront the Forces Républicaines de Côte d’Ivoire (FRCI), the northern rebel army that marched to Abidjan at the beginning of the year and forced Gbagbo out of power.

Human Rights Watch said in a statement, “No one from Ouattara’s camp had yet been arrested for abuses committed during the post-electoral conflict. There is a growing divide between the Ouattara government’s rhetoric that no one is above the law and the reality that justice appears one-sided and delayed.”

The FRCI are accused of committing crimes against humanity against villages and towns that were considered to be pro-Gbagbo, including the town of Duékoué, where Human Rights Watch says the FRCI raped and killed civilians.

Many of Gbagbo’s former friends are being rounded up or hunted down with gusto. Gbagbo himself has been arrested along with his wife and several close aides. Prosecutors have now issued arrest warrants for Charles Blé Goudé, a firebrand youth leader whose Young Patriots fought for Gbagbo, and another for Ahoua Don Mello, a former government spokesman.

That the FRCI was instrumental in bringing Ouattara to power after Gbagbo refused to vacate the throne is no secret. They were well-equipped enough to launch and win a civil war against the army protecting Gbagbo. The overall commander of the FRCI Guillaume Soro is currently Alassane Ouattara’s prime minister and defence minister. The question now is whether or not Soro or the FRCI generals will allow Ouattara’s commission to question or even recommend sanctions against them, after what they did for his presidency.

Ouattara’s other big struggle is to restore the economy of the country. After a two-day seminar where a recovery plan for Côte d’Ivoire was hashed out, Ouattara told his ministers they had six months in which to deliver results.

“The most valuable thing for me is to see the actions agreed in this seminar effectively implemented and the members of government will be evaluated on their work,” Ouattara told his ministers at the conclusion of the meeting on 6 July. “The next six months will be a period of action and I want it to be visible to our citizens. We must move quickly.”

The government will face many challenges in rebuilding the economy, including restoring the cocoa trade. Cocoa smuggling has burgeoned under the conflict conditions, with as much as 35,000 metric tonnes of cocoa finding its way into neighbouring countries, according to a regional farmer’s cooperative interviewed by Bloomberg. Cocoa is Côte d’Ivoire’s most lucrative export.

Ouattara’s need for haste isn’t without reason – he only narrowly won the elections, and needs to win over Gbagbo’s civilian supporters. But his moves on the economic front will ring very hollow to the people of Côte d’Ivoire, especially those who didn’t vote for him, if he doesn’t summon the political will to investigate and punish FRCI commanders who appear to have brought him into power through war crimes and human rights abuses. DM