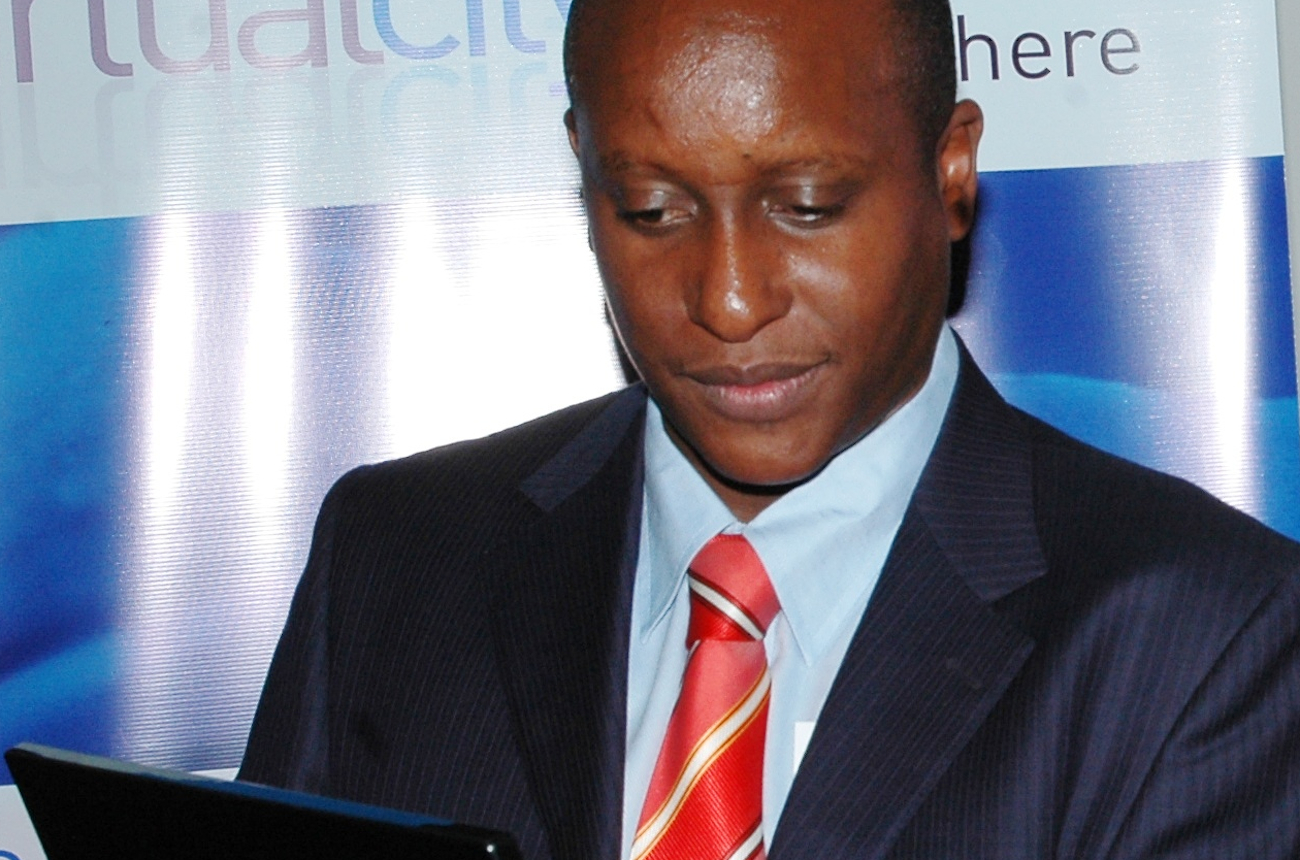 The winner of the Innovation Challenge Award, John Waibochi’s “Virtual City”, has become a formidable force in East Africa because it is not only transforming logistics management for big companies, but because it is addressing the real issues by pioneering mobile business management solutions for smaller traders. By MANDY DE WAAL.

Acquiring high-level technological talent is what keeps John Waibochi up at night. There are enough entry level programmers in Kenya for Waibochi to take his pick, but when a business becomes as successful as his, growth drives a hungry demand for top talent. It’s the technology engineers and systems architects that Waibochi is finding hard to acquire locally for Virtual City.

A mobile supply chain, knowledge management and CRM company founded by Waibochi, Virtual City banked $1 million last year after winning the Nokia Innovation Challenge Award. The challenge was to improve distributions efficiencies for small and emerging businesses in the FMCG market. Waibochi and his team at Virtual City walloped the competition from 54 other countries to take the prize – the money and support he needs to make this mobile solution a reality.

Waibochi says, when it comes to mobile’s next-big-thing, the country you have to watch is his home in East Africa. “Kenya is my number one country to watch because of four important factors. Its early and leading adoption of m-commerce, large investments in terrestrial and submarine fibre, the government’s strategy to grow the BPO sector and lastly the position of Nairobi as the “unofficial” business capital of the East African community’s common market,” says Waibochi. “We expect to see m-commerce in general take off quite rapidly with buying and selling of goods and services on mobile platforms becoming quite wide spread.”

Mobile money is a viral phenomenon in Kenya with some 15 million subscribers and new registrations edging into the tens of thousands each day. “This growth could be considered a threat to banks because of the availability of mobile phones in both rural and urban areas which makes it easier for individuals who form part of the unbanked population to use mobile money for most of their financial transactions,” says Waibochi. Mobile payment solutions enable locals to buy or sell stocks directly at the Nairobi Stock Exchange, and the Central Bank of Kenya is working with the Communication Commission of Kenya, the ministry of information and other relevant authorities to ensure mobile services are fraud-free and cost-friendly.

Waibochi says statistics show that 2.45 billion shillings passes across mobile money platforms in Kenya daily. “Banks have reacted nationwide by either co-operating with M-Pesa or the other mobile money alternatives in the market. To increase access to money, larger banks have opened tiny satellite branches in rural areas to try and counter the growth of M-Pesa.” The mobile money revolution that took Kenya by storm after being launched in 2007, M-Pesa has now expanded to South Africa, Tanzania and Afghanistan where it was credited with rooting out corruption in the payment system of the Afghan national police.

There are big lessons to be learnt from the explosion of the mobile money business, and for Waibochi one of them is the understanding that mobile usage goes way beyond texts and calls. “People are using mobility solutions and value-added solutions to simplify their lives,” he says. “Due to a safe storage mechanism, mobile money offers an opportunity for savings. Banks are facing a challenge keeping up with mobile money. Soon, microfinance institutions will begin giving small loans and accepting repayments through mobile money.

“Mobile money is going cross-regional and continental. Partnerships such as M-Pesa and Western Union mean money transfers can now be made across borders, enabling the transfer of billions of dollars back to East Africa. By making transfers across large distances trivially cheap, mobile money improves the investment in, and allocation of, human capital as well as physical capital.”

Another key reason to watch Kenya, says Waibochi, is the massive investment in telecoms infrastructure. “There will be substantial deployments of 3G and 4G broadband services by mobile telephone operators and these 3G and 4G deployments, coupled with significant terrestrial and submarine fibre deployments that are either under way or planned this year, will lead to an increased number of broadband connections and lower prices.” The knock-on effect of this is the increased sales of cheaper smart phones and intelligent notebooks, and large players like Nokia, Samsung, Google, Huawei and LG are already well established in the East African market.

Waibochi says the biggest mobile brands in East Africa are Nokia, Safaricom, ZTE Uganda, Samsung, MTN and Bharti Airtel. A lot of lessons can be learnt from these brands which include investing in advertising, but advertising wisely. “These brands show how important it is to educate customers on changes in technology and to make sure they understand how to use it.”

When I ask Waibochi what he thinks of South Africa’s entrepreneurial mobile and technology scene he says there’s massive innovation and opportunity here, but that we need to look beyond our borders, and by that he doesn’t mean the US or Europe. Smart advice because so many young local entrepreneurial tech legends think making it big means striking gold in London or San Francisco when Africa is increasingly where it’s at. DM