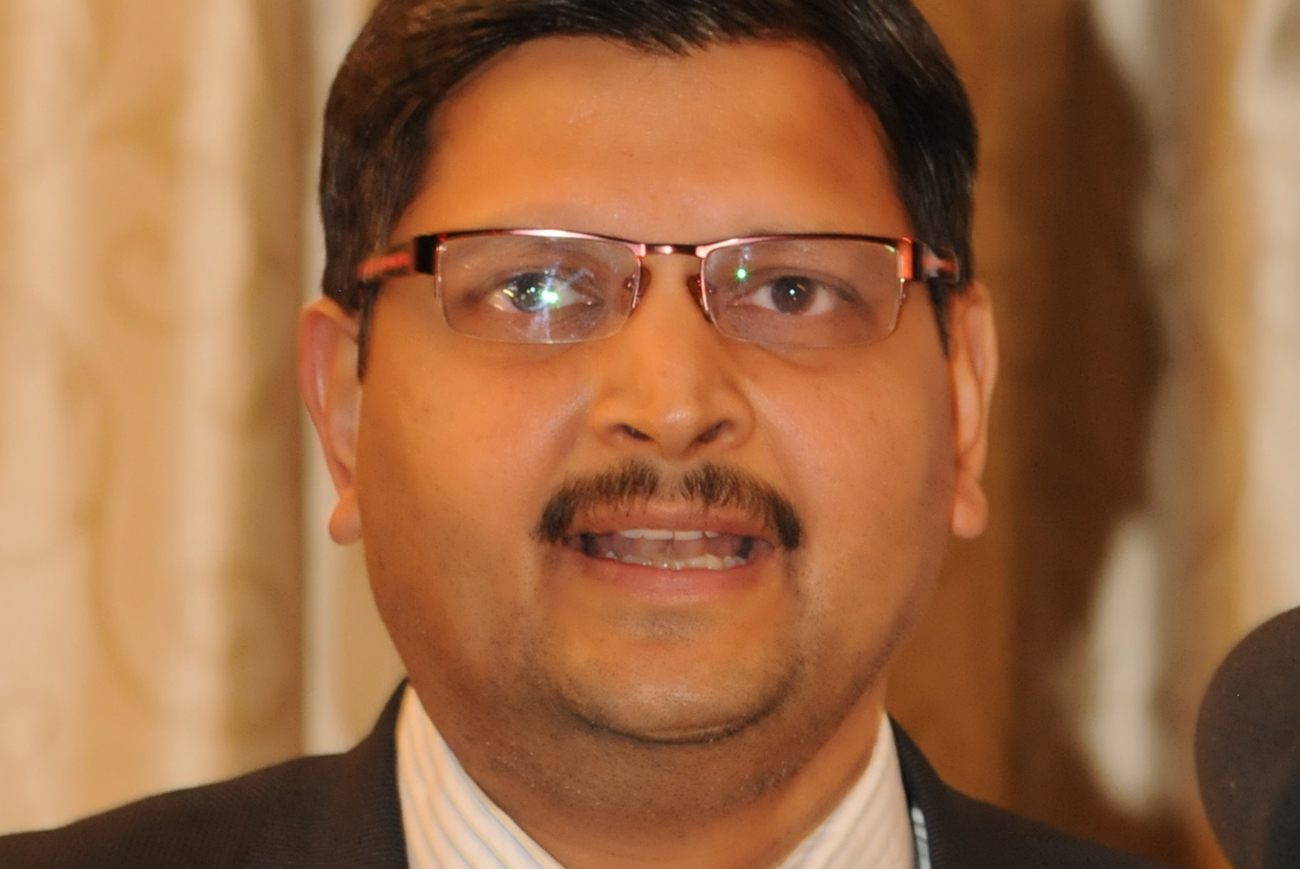 For months now, the Gupta family has been waging an intense spin battle to try to stem the tide of negative press levelled at the family’s empire. The message is that the Guptas aren’t benefitting from close personal ties with the president, nor is the president enjoying financial benefit or exerting any influence. How goes the battle? By MANDY DE WAAL.

Atul Gupta is rarely out of the press these days and says the damning media attention he’s been getting has cost his family business dearly. In a recent interview with City Press, during which Atul Gupta was accompanied by his brother, Jay, and business partners, Jagdish Parekh and Duduzane Zuma, it was said that Sahara, the family’s IT business had been halved by a R1 billion in the past financial year because of all the bad press.

Duduzane Zuma is the urbane, stylishly dressed son of President Jacob Zuma. Aside from the president, it is this particular relationship that fuels intense speculation, media investigation and commentary about the Gupta’s power and influence. Zuma’s son gets about as much coverage as Atul Gupta if not more, and the media focus on the younger Zuma has begun to centre on his bling-bling lifestyle and the luxury assets at his disposal. Sunday Times says the opulent assets owned by Zuma Jnr’s company Mabengela Investments include a R2 million Porsche 911 Turbo, a R4 million 2,023m² property with a mansion in Saxonwold, a Ducati Streetfighter superbike, a R500,000 Chrysler 300c and a BRP Spyder 990, worth about R130,000.

Zuma’s son is a director in Mabengela Investments (owned in part with Tony Gupta) which in turn owns shares in Islandsite Investments 255, the BEE vehicle for much of the Gupta family’s deal making.

Atul Gupta denies the relationship between the Guptas and the Zumas has enriched the Zuma family in any way despite rampant media reports to the contrary. Gupta also denies any business dealings with Gloria Bongi Ngema (Zuma’s fiancée), and Duduzile Zuma (Zuma’s daughter) who recently wed in a lavish ceremony.

In March Mail & Guardian’s investigative team AmaBhungane revealed that Ngema – due to be the president’s sixth wife – was appointed in 2010 to head up the marketing and communications department at JIC Mining Services, in which Guptas’ Oakbay Investments owns a 60,74% share. The JIC Mining Services’ website shows that Zuma’s son is a non-executive director of the company. After the news of Ngema’s appointment broke, a Gupta spokesman said the they had no involvement in Ngema’s appointment because, as shareholders, they were not involved in the day-to-day running of the business.

The president’s daughter married Lonwabo Sambudla, who used to head up the ANCYL’s now-defunct investment arm, Lembede Investment Holdings. TimesLIVE reports the two met about three years ago when Duduzile was on the board of Guptas’ Sahara Computers. Zuma’s daughter subsequently resigned from the computer hardware company.

About a year ago Sambudla was named in a City Press story that revealed he was part of an enrichment scheme run by the ANCYL’s Lembede ­Investment Holdings prior to its liquidation. Sambudla is also named in the Gobodo report into irregularities at Lembede Investment Holdings which stated he should be asked to account for transactions and monies handled. Sambudla, who appears to be averse to answering prickly questions from journalists, has been off the media radar for some time, but this is likely to change.

Back to Duduzane Zuma who is currently getting the lion’s share of media attention with press reports saying his association with the Guptas is literally paving his path in gold. Zuma Jnr and the Guptas are more than concerned about the negative coverage and have met with newspapers and opinion leaders in an effort to stem the flood of bad press. This has led to articles in Business Day headlined “A peek behind the Sahara curtain into the ‘Gupta desert’”, radio interviews and talks with Cosatu.

The message reflected by the media is uniform, which could indicate the Guptas have a coherent strategy with pre-planned soundbites for troublesome media. The consistent echo is that the friendship with Zuma has hindered and hurt, rather than helped, the Gupta (and Zuma) businesses. The tactic being used appears to be: 1. Control the media message; and 2. Undermine the legitimacy of the “problematic press”. To this end the Zuma and Gupta press junket keeps asking for proof of media claims with Duduzane Zuma going as far as saying on 702: “Anyone out there who believes that we’ve benefitted in any of the deals politically, please come forward. Drag us by our collars to a court of law. But, if not, leave us the hell alone.”

The plaintive cry might reach a few bleeding hearts who have yet to read about the younger Zuma’s largesse, but it is wishful thinking that this will deter the media’s piercing gaze.

Each new business deal will bring a new round of media coverage and may set off another round of the spin-doctoring tap dance by the Gupta-Zuma show, just like it did with the story breaking of R500 billion deal with China Railway Construction Corporation.

What’s interesting is the ANC’s ready defence of the Guptas. In March secretary general Gwede Mantashe played that old ruling-party favourite, the race card, to try to rubbish criticism of the Gupta’s relationship with Zuma Inc.

SAPA says Mantashe was careful to say that his views were his own and he is quoted: “Why is it an issue when an Indian company partners with other beneficiaries of BEE? … That is where the racial prejudice is,” and “All of a sudden, because it is a Gupta, it’s a big deal, because it’s an Indian company. The owners do not look white enough to partner with BEE officials.”

Head of government communications Jimmy Manyi is also at great pains to defend the Guptas. He recently declared that media investigations into whether members of government had been to the Gupta compound amounted to an irresponsible violation of privacy. “There is no law in South Africa that prohibits anyone, including cabinet ministers, from visiting the house of any person they so wish. Freedom of association is a constitutionally enshrined right enjoyed by all citizens. The violation of the right to privacy and freedom of association because of the urge by some media to publish any hearsay as news and scandalise innocent relationships as corrupt is, in our view, devoid of ethical journalism,” he said.

Perhaps the most uneasy media relationship is with the Sunday Times. Mail & Guardian has relentlessly investigated the Guptas and their relationship with the Zumas, but it is the Sunday Times that seems to hit the personal Gupta/Zuma nerve with its unrelenting focus on Zuma Snr’s follies, Duduzane’s largesse and editorials demanding the Guptas be called to order. Then there’s that irritating investigative team that includes Mzilikazi wa Afrika and Stephan Hofstatter that breaks news of dealmaking and the palace revolt against Zuma’s relationship with the Guptas is said to be causing.

It was more than telling that the Gupta-owned The New Age used April Fools’ Day for a story parodying the Guptas’ purchase of the Avusa title. The Guptas may daydream of owning the Sunday Times and turning it into a sunshine press like The New Age, which often reports in defence of the Guptas and Zuma Inc, but while there’s independence there’s reality. And the reality is that the Guptas will remain targets for press attention for as long as they are linked to and doing deals with anyone called Zuma.

One can easily see the same pattern repeating in the near future, with the Guptas pushing the message that this relationship is in fact hurting them and the media should leave well enough alone. But will the media back off? I think we all know the answer to that question.  DM