Glencore: One of the world's most secretive firms goes...

Glencore: One of the world’s most secretive firms goes public 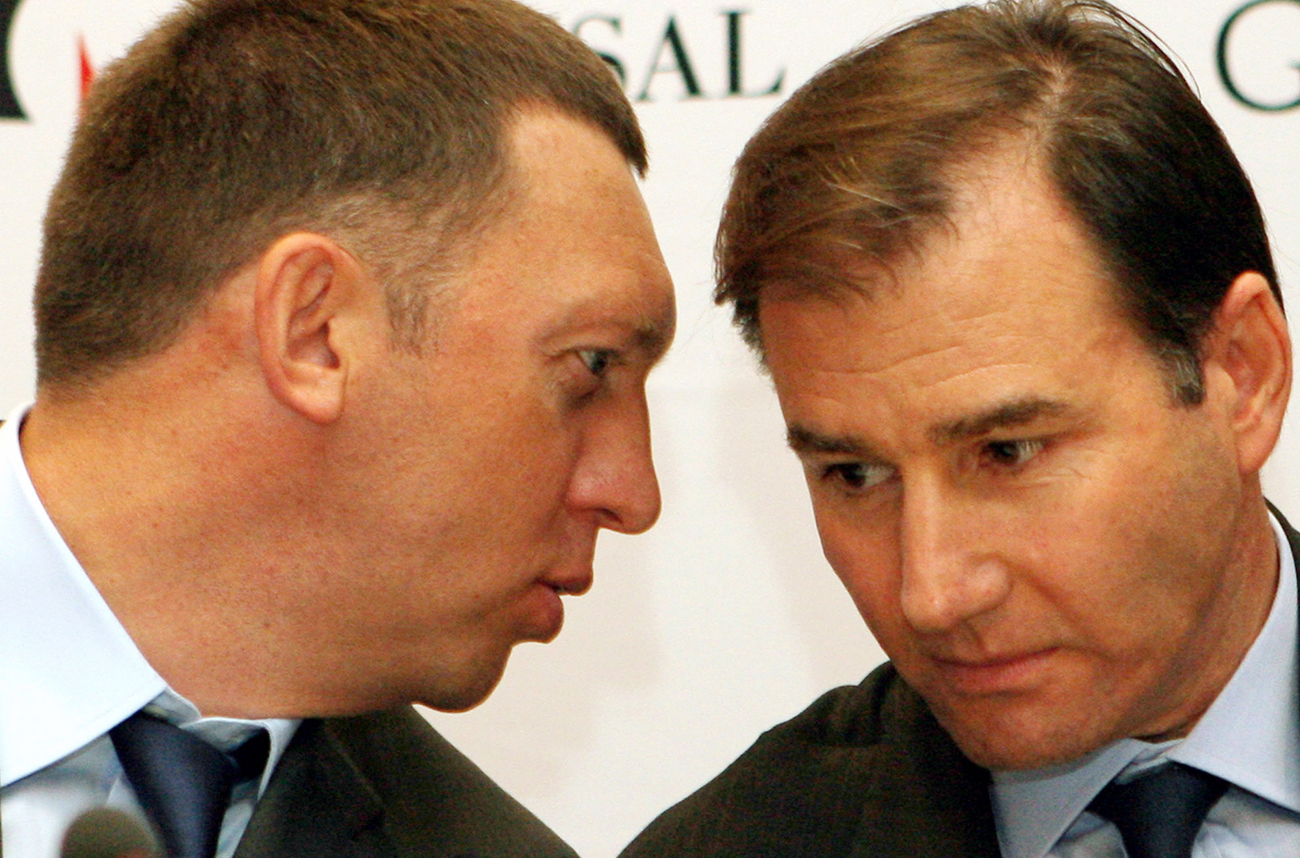 From its beginnings as the brainchild of Marc Rich, arguably the most successful and controversial commodities trader in history, Glencore has been a company that’s cared little about ethical behaviour and even less about public opinion. This May the firm will list on the London and Hong Kong stock exchanges, making its dealings transparent, and its CEO Ivan Glasenberg the wealthiest South African in the world. But why the IPO? By KEVIN BLOOM.

For journalists and non-fiction writers devoted to explaining the nefarious impact of commerce on global geopolitics, there’s one story that – like Gollum’s ring – appears to bind them all. It’s the story of an entity that a recent Reuters report termed “the biggest company you never heard of,” although to those in the know the name is impossible to forget: Glencore International AG. The first clue that you’re dealing with something beyond the pale here is the website, where the identity of the founder is nowhere to be seen. That’s because this particular founder is none other than Marc Rich, the international commodities trader who in 1983 was indicted by a US federal prosecutor (an ambitious young man named Rudolph Giuliani) on charges of tax evasion and illegal trading with Iran. The same Rich, incidentally, who was pardoned by President Bill Clinton in his last act of office; the same Rich whose advice the US State Department sought on the workings of developing world dictatorships; the same Rich whom the Israelis allegedly pressured Clinton into absolving because of the former’s status as a Mossad agent and irreplaceable financial asset.

An escapee of Nazi Germany as a seven-year-old boy, Rich would grow up to become a genius commodities trader – the company that he founded in 1974 quickly earned a reputation as one of the most formidable in the world, not least because (aside from his sublime talents) he had no qualms about supplying oil to apartheid-era South Africa and bribing officials in various susceptible rogue states. But in the early ‘90s, after losing control of the zinc market and almost bankrupting the company, he was forced out. He sold his majority shares in Marc Rich & Co to management, and the largest shareholding of the newly-named Glencore now vested in the hands of the metals trader Willy Strothotte.

In those years, Ivan Glasenberg, a South African-born chartered accountant educated at the University of the Witwatersrand, was head of the company’s coal department. Named as a “lieutenant” in Rich’s inner circle by a probing Businessweek article, in 2002 Glasenberg was appointed Glencore’s CEO. It was a time when the company had already cemented its standing as the shrewdest dealmaker in the cutthroat world of commodities trading, and a signature deal in 2008 drove home the point – from its Swiss headquarters, working out the sums, Glencore decided to buy 74 percent of Katanga Mining, an entity that needed financing for its DRC operations; against an initial cost of $500 million, with copper prices driving through the roof, Katanga’s stock market value is today over $3 billion. Photo: Bolivian President Evo Morales holds a tin ingot during a ceremony in Vinto tin smelter in Oruro, some 210 km (130 miles) south of La Paz, February 16, 2007. Leftist president Morales nationalized the Vinto tin smelter in his drive to increase state control over natural resources, saying that the privatization of the smelter was illegal. Swiss commodities trader Glencore International AG, which operated the facility, has pledged to fight the nationalization before an international arbitrator, demanding full compensation from Bolivia. REUTERS/David Mercado

“Deals like Katanga have helped turn Glencore into Switzerland’s top-grossing company and earned it comparisons with investment banking giant Goldman Sachs,” Reuters noted in the abovementioned report. “In the world of physical trading – buying, transporting and selling the basic stuff the world needs – Glencore is omnipresent and controversial, just as Goldman is in banking. Bigger than Nestle, Novartis and UBS in terms of revenues, Glencore’s network of 2,000 traders, lawyers, accountants and other staff in 40 countries gives it real-time market and political intelligence on everything from oil markets in Central Asia to what sugar’s doing in southeast Asia. Young, arrogant, and often brilliant, its staff dominate their market. The firm’s top executives have forged alliances with Russian oligarchs and well-connected African mining magnates. Like Goldman, Glencore uses its considerable heft to extract the best possible terms in every deal it does… Some might add that Glencore also fits the description that Rolling Stone magazine gave to Goldman: ‘a great vampire squid wrapped around the face of humanity’.”

In April 2011, given its clearly compromised and undoubtedly successful history, the big question on the knowledgeable investor’s lips is this: why is Glencore choosing to go public? The answer, perhaps, can be found in the estimated value of the IPO and who the sovereign investors are purported to be.

Glencore expects to a raise a staggering $73 billion in the flotation scheduled for next month, an IPO that will be underpinned – according to an article published on 28 April in the Guardian – by the China Investment Corporation (CIC), Temasek of Singapore, and Korea Investment Corporation. As one commentator, Jan Randolph of IHS Global Insight, told the British daily: “The Chinese want to lock in supply chains and reduce their exposure to the dollar. They are seeking to buy mining companies outright in Brazil, Australia and elsewhere. Purchasing equity in Glencore is another way of acquiring influence over the supply of commodities, from copper to aluminium.”

Which means that either Glencore’s executives care only about the payday and are kind of excited that they’ve got a very wealthy and eager buyer in China, or that the commodities boom has reached its peak and these selfsame executives are keen to jump ship at the top (or both). Whatever the answer, the company doesn’t seem especially concerned that its dirty laundry is about to properly be aired in public. In fact, Glencore culture appears so immune to full-on vilification that its chairman Simon Murray – a former soldier in the French Foreign Legion – openly stated a few weeks back that he was reluctant to employ women in top positions because they tended to go on maternity leave.

As for CEO Glasenberg, the flotation filings value his personal wealth at around $9 billion (these calculations were made on 23 April, when the company was valued at $60 billion, so you can probably add a bit of change to that). Moneyweb’s Alec Hogg, in pointing out that this would place Glasenberg ahead of Nicky Oppenheimer on South Africa’s rich list, wrote: “The head of Glencore married a girl from Germiston, visits Johannesburg regularly, speaks like us and is universally described by the global media as ‘South African’. So we can certainly claim him as ours and by definition, proclaim him the richest this country has produced.”

Fair enough, Alec, but do we really want the guy as our own? DM