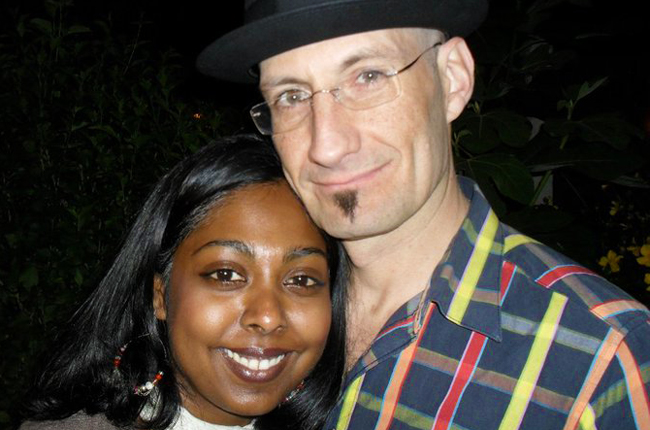 South African photojournalist Anton Hammerl has been detained in Libya for 10 days – and counting. SA's diplomats say it is a “delicate situation”, and can’t give details of negotiations for his release. Yet four New York Times journalists captured in Libya in March were released after only six days, while, in another great example of great skill and dedication of our government, the South African consulate in Tripoli has yet to locate Hammerl. And it took them eight days to just to contact his family. By THERESA MALLINSON.

On Tuesday 5 April – ten days ago – South African photojournalist Anton Hammerl was captured by Gaddafi’s forces in Libya. US reporters Clare Morgana Gillis and James Foley, and Spanish photographer Manu Brabo, were originally believed to have been captured at the same time, although it is now unclear as to whether they were taken together.

More than a week later consular contact has still not been made with Hammerl. His family had been led to believe that President Jacob Zuma would raise the matter with Muammar Gaddafi when they met on Sunday. They were bitterly disappointed that this did not happen at all.

Department of international relations and cooperation spokesman Clayson Monyela stated that diplomats at the South African embassy in Tripoli, now staffed again, were working to secure Hammerl’s release. “Obviously the objective for us is to secure Anton’s release. Without going into details about the work that’s going on behind the scenes, there’s a lots of talks that are going on. One of these is to get consular access to him,” Monyela said.

He was critical of the media’s handling of Hammerl’s detention, particularly the reports about Zuma’s failure to bring up the matter with Gaddafi. “This issue about the president, I don’t know how it even got to the level where it is now. Because I’ve just confirmed to you that diplomatic officials on the ground are working on this matter. They are working on this matter under the mandate of Zuma; he knows about it, so he is involved.”

Monyela said the South African government was in daily contact with Hammerl’s wife, Penny Sukhraj. “We can also understand their [Hammerl’s family] frustration. We’re in contact with Anton’s wife; we speak to her on a daily basis, so she knows what government is doing. The government is also equally concerned, equally worried, which is why we are putting (in) all the effort.”

However, when The Daily Maverick spoke to Sukhraj on Thursday, who last talked to her husband via Skype on 4 April, she said the daily contact with the government had only started on Wednesday. “I had one call from them yesterday,” she said. “I guess I’ll expect another one today.”

Sukhraj said the government told her on Wednesday that “they were working with it at the highest level. They said the government staff were back in Tripoli, in their diplomatic office, and essentially doing all they can.” However, nobody has yet had access to Hammerl. “I know they requested consular access to him formally on Tuesday. They’ve yet to tell me what that has resulted in. Essentially, I’ve been told that the communication is still very difficult.”

Sukhraj has made a plea for increased awareness around her husband’s detention. “Essentially what we want is awareness. So that they (the government), can do their job, which is to demand his release.”

During his conversation with The Daily Maverick, Monyela stated: “It’s really not helping with journalists driving a wedge between the family and the government.” However, if anything is creating such a “wedge”, it seems to be a lack of action on the part of the South African government, not journalists reporting on Hammerl’s precarious situation.

Hammerl’s brother, Alex Hammerl, told The Daily Maverick: “We were a little bit disappointed in the action that’s been taken so far.” He said the family had earlier been led to believe the government couldn’t release any information because the issue was sensitive, but at this point he doubted any efforts to secure Anton’s release had even started. “I think it all stems from Zuma going over and not mentioning anything,” he said. “Apparently it’s been mainly from journalists phoning Dirco that we’ve actually started hearing something, and action’s been taking place.”

Speaking about his brother, Hammerl said: “The interesting part about Anton, he acts very well in any difficult situation. When he was young, he joined the military himself. I think he was in the army in Angola when he was 18 years old; he became quite a prominent medic. He handles situations very fast, he knows how to deal with those situations. He can read events when they’re about to happen. He’s knows when to take cover.”

Peta Krost Maunder, editor of The Media magazine, worked with Hammerl in the late 90s at the Saturday Star and Sunday Independent. “Anton was a part of that team. We were all incredibly close, because all we did was work,” she said. “Anton is one of the most talented photographers I know. He really, really cares about his work. You get some photographers who go in, do their job and don’t really participate. Anton isn’t that kind of photographer.

“He is one of the nicest human beings, who really cares about other people, which is why I think so many people have banded together to help get Anton out of Libya.” Maunder said.

Chris Collingridge, chief photographer at The Star also worked together with Hammerl from 1994 onwards. “He’s a very dedicated and talented photographer. He’s arguably one of the most talented South African photographers at the moment, especially in terms of contemporary photojournalism,” said Collingridge. “I think he struggled in terms of opportunity. And I think he’s never been fully recognised in terms of the quality of his photographic ability, certainly in documentary ability. He’s always had a really natural eye.”

When Hammerl is released, we’re sure more opportunities will come his way. But for this to happen, he has to be released first. Hammerl was captured and detained for no reason other than simply doing his job. Now it is time for the South African government to do its job and secure his safe release. On Wednesday the South African National Editors Forum issued a statement urging Zuma to make “a personal request to Gaddafi for Hammerl’s release and the other journalists”. Yes, President Zuma, it’s time to make that call. That is what it means to be president of all South Africans. DM