Analysis: The fall of Glenn Beck, America's most profes... 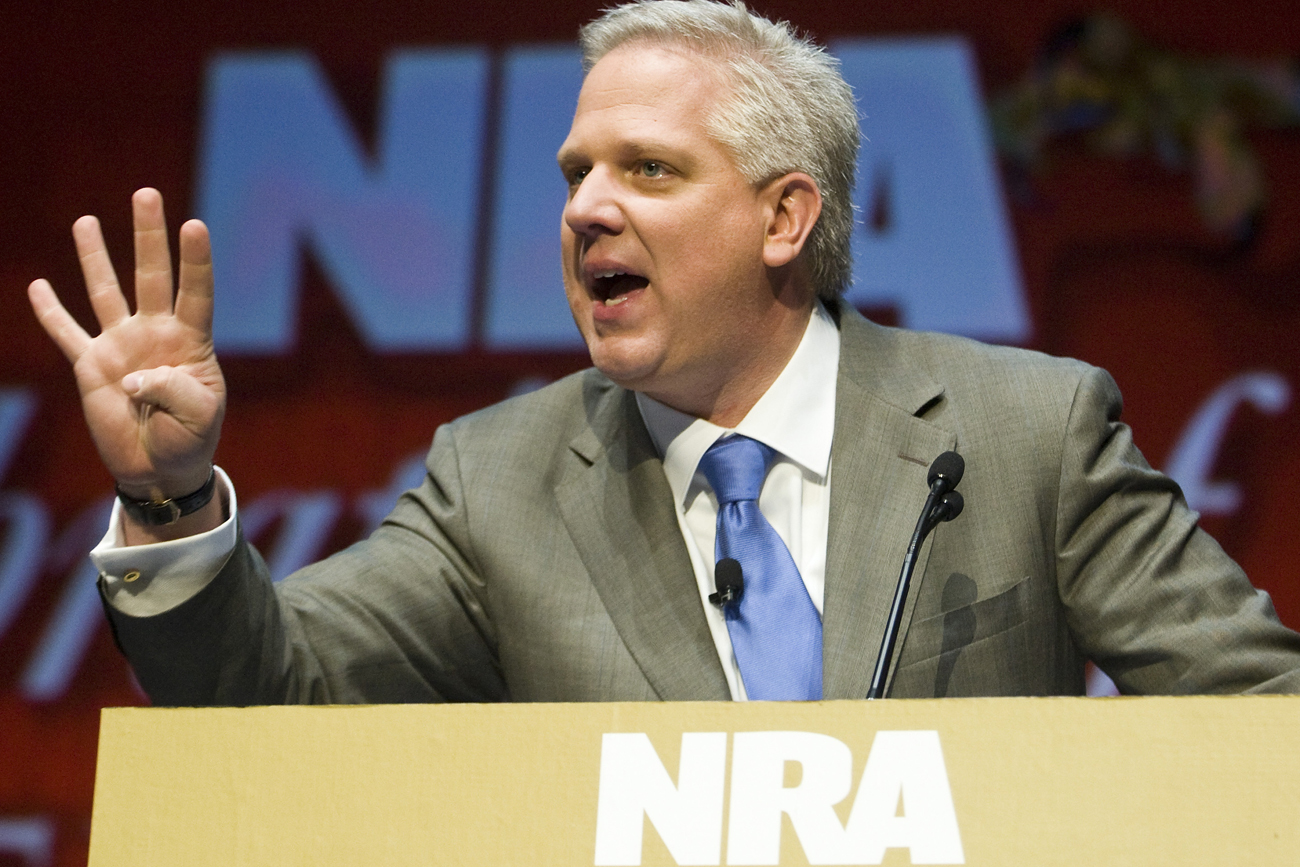 Bet you never thought that Fox News Channel and the self-gratifying conspiracy theorist  Glenn Beck would someday part ways. It’s happened and you ain’t dreaming. Beck announced that he would be ending his show on Fox News Channel sometime this year. What to make of the very-real Beck phenomenon which haunted American television for three years and led its rapid decline? Look no further than the Rally to Restore Honour. By SIPHO HLONGWANE.

True to form, radio and TV talk show host announced that he is ending his Fox News Channel show later on this year in a press release that is as garbled as his televised rants.

Posted on The Blaze, the release said, “Fox News and Mercury Radio Arts, Glenn Beck’s production company, are proud to announce that they will work together to develop and produce a variety of television projects for air on the Fox News Channel as well as content for other platforms including Fox News’ digital properties. Glenn intends to transition off of his daily program, the third highest rated in all of cable news, later this year.”

Beck was finally slain by the sword of his own success as America’s chief conspiracy theorist. He built his career as a political commentator (using the word “commentator” in the most generous fashion possible) on weaving outlandish tales of conspiracies being plotted by extremist jihadists, socialists, communists, George Soros and Barack Obama (to name but a few) against good, wholesome, old timey America. In an interview with The New Republic, Beck biographer Alexander Zaitchik said that in order to keep viewers coming back, Beck needed to keep creating more intricate conspiracy theories. “Anytime you have extreme stimulus, you will have diminishing returns,” Zaitchik said.

‘Diminishing returns’ is an apt way to describe the tumbling ratings of Beck’s TV show. On January 2011 his averages of 1.8 million were down by more than a million in just a year, from 2.9 million in January 2010. More damaging for him, the most commercially-viable demographic (25 – 54 year olds) have fled his show. According to The New Republic, the ratings among that demographic halved in 2010.

Simply put, his act wore thin. Beck’s success was in appealing to the lowest possible emotion in his viewers as he stood at his chalkboard, drawing thick lines between jihadists on one side of the world and companies owned by George Soros on the other. His worldview fits people into two broad categories: white, Christian, gun-toting conservatives are the good side. Brown, any-other-religion, liberal or worse are the evil side that is trying to destroy the good side. In the middle of the Egypt uprisings, Beck supported Hosni Mubarak and said that his fall was orchestrated by “the socialist communists and the Muslim Brotherhood”, and Google executive Wael Ghonim’s arrest (http://www.usatoday.com/news/world/2011-02-08-egypt-protests_N.htm) in Cairo proved that Google was in on the conspiracy too.

Beck pulled the same trick in his commentary on the Côte d’Ivoire political crisis, condemning President Barack Obama for supporting Alassane Ouattara over Laurent Gbagbo. His reasoning? Ouattara is a Muslim and Gbagbo is a Christian.

But it is too easy to dismiss this frothing lunatic. He commanded attention from millions, after all. Curiously, a small segment of his viewers identify themselves either as moderates or liberals and presumably watch to mock. But what of all the other viewers? Who are they and what on earth does the red-faced Beck do for them? Photo: Glenn Beck waves at thousands of supporters at his Restoring Honor rally on the National Mall in Washington, August 28, 2010. REUTERS/Jonathan Erns.

“What does it take to believe that Christianity is an endangered religion in America or that the name of Jesus is insufficiently spoken or appreciated,” asked Hitchens. “Who wakes up believing that there is no appreciation for our veterans and our armed forces and that without a noisy speech from Sarah Palin, their sacrifice would be scorned?”

Faced with the realisation that white America will no longer be the majority within America (and the diminishing influence and power of the US on the international stage), these Beck disciples imagine themselves to be the persecuted ones – cold, frightened and alone. Beck plays on these emotions like a banjo, one that he has to twang louder and louder in order to elicit the amount of paranoia and rage needed to keep his ratings up and advertisers happy.

The zenith of Beck’s career as a political pundit was his Rally to Restore Honour held at the Lincoln Memorial in Washington DC on 28 August 2010. Beck drew in a crowd of about 87,000 people to listen to him exhort America to return to its roots (one presumes that America’s history pre-1865 got a Photoshop job) on a stage he shared with Sarah Palin and the daughter of Martin Luther King Jr. The entire rally was a pitiful orgy of nostalgia and woe. The radio host Bill Press said afterwards, “I was in that crowd, somewhere between the World War II Memorial and the Lincoln Memorial. What took place was a strange combination of political rally and religious revival. Indeed, I felt like I was in the middle of an old-fashioned camp meeting, surrounded by a typical camp- meeting crowd: old, white, and angry. There were more black speakers on the platform than in the audience.”

If Beck’s fans weren’t feeling lonely enough, comedians Jon Stewart and Stephen Colbert organised their own rally at the Lincoln Memorial, called The Rally to Restore Sanity and/or Fear which dwarfed Beck’s rally in the number of people who turned up.

Watch: Daily Show – I Have a Scheme (on Glenn Beck “reclaiming” the civil rights movement from the left)

What next for Beck, now that he has managed to piss off even the arch-conservative Fox News Channel? He has a knack for re-inventing himself, having bounced around a variety of radio stations as a shock jock in the 80s and 90s before moving to television in 2006 where he got a weeknight show on CNN. Speaking to Slate, Beck chronicler Zaitchik said that Beck would “remain active and ambitious and his projects will continue to be controversial from time to time. He’s been too much guilty-pleasure fun as a piñata for his critics to completely ignore him. But now that he has a shrunken media footprint, I think a lot of people will go on a much-deserved Beck Vacation, and maybe never return.”

He may well disappear from sight, but Beck as part of Fox News’s stable of vituperative conservatives played a crucial role in distorting and debasing America’s national dialogue on issues like Islam, immigration and, well, pretty much anything they didn’t like. How much of the perpetual xenophobic feelings in America against Muslims and foreigners are to blame on this group? A lot, we’d bet, if someone took the trouble to find out.

Like King Cnut’s futile attempts to command the tides, Beck’s furious efforts to keep America white and Christian will ultimately fail. Whether Beck will like Cnut acknowledge his own weaknesses after the tide disobeys and washes up against him is a rather pointless question now. Clown he may be, but the damage has been wrought. DM