South by SouthWest: Blake Mycoskie, a man comfortable i...

South by SouthWest: Blake Mycoskie, a man comfortable in his own shoes 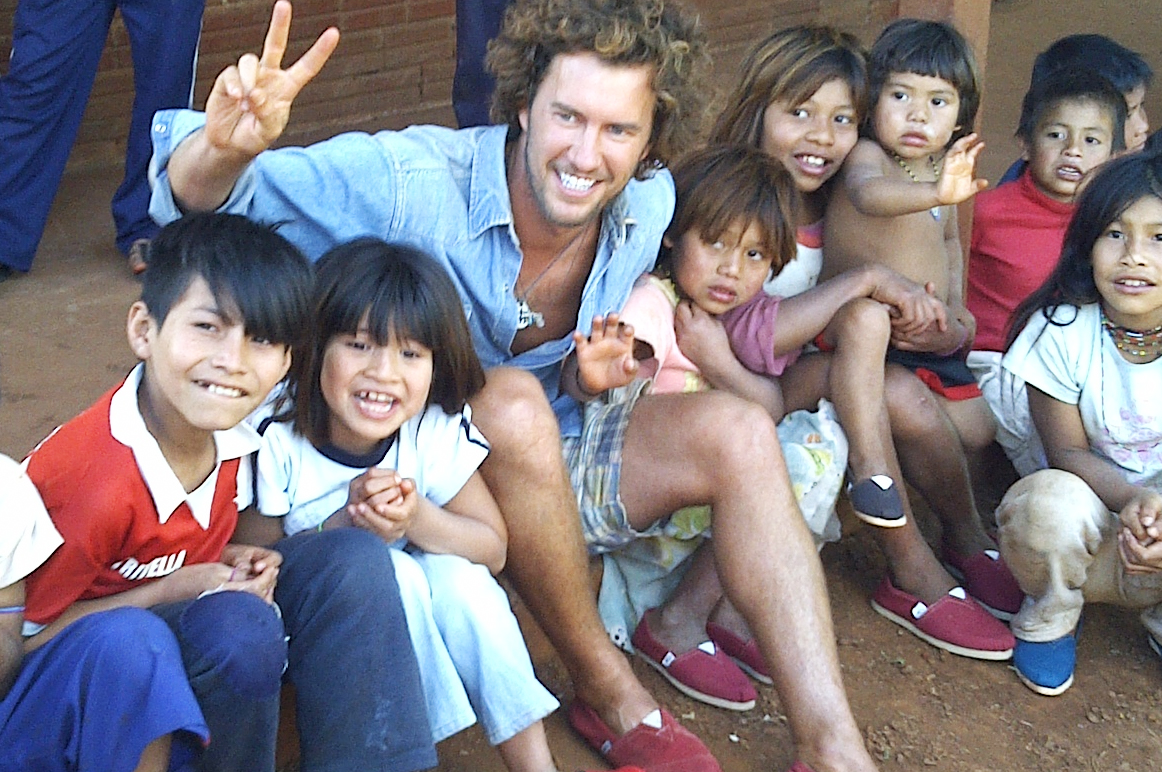 South Africa has provided the inspiration for the next phase of TOMS’s shoes One-for-One-movement, its founder Blake Mycoskie said in a keynote address at SxSW. By TOBY SHAPSHAK.

TOMS is an American shoe company that gives one pair of shoes to a child-in-need somewhere in the world for every pair bought by its customers. It’s an inspirational story of how a business can succeed when “you incorporate giving into your business”.

Started in 2006, TOMS has given away more than a million pairs of shoes to children, often in developing countries. It began after Mycoskie saw the hardships faced by kids growing up barefoot in Argentina when he competed with his sister in “The Amazing Race” TV show in 2001. They came second. “We lost $1 million by four minutes, and it was all my fault. I epitomised the cliché that men will never stop and ask for directions,” he joked.

During a holiday back to the country in 2006, the 34-year-old Mycoskie thought up the idea for TOMS using the Argentinian “alpargata” shoe. Worn by farmers for hundreds of years, they are lightweight, made of canvas and easy to manufacture. And their bright colours made them stand out.

He chose shoes to counter soil-transmitted diseases in developing countries, “which can penetrate the skin through bare feet. Wearing shoes can help prevent these diseases, and the long-term physical and cognitive harm they cause,” he says on his website. “Wearing shoes also prevents feet from getting cuts and sores. Not only are these injuries painful, they are also dangerous when wounds become infected.”

Once, when he returned to Argentina on his first “shoe drop” – where he physically put the shoes on the children – he took his mother. “When I first went to Argentina to put the shoes on those kids, my life changed,” he said at SxSW. “Five months before, it was just an idea. When I saw my mom on her hands and knees, wiping kids’ feet clean and putting shoes on their feet, I just lost it. I was crying so hard that I scared away all the kids who were around me.

“When I got on my hands and knees and starting putting these shoes on these kids’ feet. I was filled with complete joy. I was elated.”

He told the story of how, after they had given out the shoes, an emotional mother with three sons came up to thank him. Through a Spanish interpreter she explained her sons only had one pair of shoes between them and took it in turns to go to school. Now all three could go every day. He said the interpreter, himself and his mother all cried. Twitter was filled with messages from attendees who were crying after he told this story.

“If you incorporate giving into your business, it gets marketing. It attracts the most amazing people into your company. The greatest competitive advantage is to allow you employees to do something that makes them feel they are giving back.”

TOMS got lucky when the first shoe store he sold his product to put a notice in the window. It became a national newspaper story and was later flighted on TV.

“TOMS did not have to focus on advertising, but on giving,” he says.

Then he had two strokes of luck, he says. The first was fashion legend Ralph Lauren offered to design a range of shoes for his Rugby chain of stores. It was the first time Lauren, with his $3 billion-a-year business, had designed anything for another brand in 40 years.

Then AT&T used him in an adverting campaign. He says it was “an authentic story” of how he used their network to stay in touch and work on the go.

“When you incorporate giving into your business you attract most amazing partners,” he says of these two pieces of good fortune.

“It would never have happened if we were just a shoe company, but because we’re a giving company. We sold, and gave out, an extra 100,000 shoes because of that.”

Mycoskie, who has a wild shock of curly hair, told a story of how, in the early days, he saw a woman in an airport wearing a bright red pair of TOMS. He pretended he knew nothing about the brand and asked her what they were. She related his whole story back to him, bursting with enthusiasm. “She knew my whole story.”

Guilt-ridden, he decided he had to tell her who he was. Her first response, to his brush cut, was to ask him: “Why did you cut your hair?”

But, he realised from this: “Giving doesn’t just feel good, it’s a really good business strategy. Your customers become your biggest marketers.”

After telling the remarkable story about his firm’s origins, he explained how he is always asked two questions after he gives talks about the importance of giving in business.

“The first I always answer, the second I never answer,” he told thousands of listeners in the packed auditorium of the Austin Convention Centre, and thousands more who watched it simulcast around the 10 venues that make up SxSW.

“The first (question) is: who is TOM? The truth is there is no Tom. I wanted to call them Tomorrow shoes, but you can’t fit that on the little label so I shortened it to Toms,” he said to riotous laughter. “I had no idea every single person would want to meet him. There is no Tom, it’s an idea for a better tomorrow.”

The second question is: “What’s next for Toms?”

But, he said, he’s known since 2007, when he came on a shoe drop to South Africa, what that would be.

“I went to South Africa and saw how people experience extreme poverty and their many needs not being met. After giving away 50,000 pairs of shoes, I realised TOMS’ one-for-one model was working. If it was this powerful for shoes, it could meet other needs.”

Not that he’s telling.

He showed off a large cardboard container on the stage: “The next one-for-one product is inside this mystery box, which will be opened on 7 June. The truth is what’s inside this box is not nearly as important as what is represents. TOMS is no longer a shoe company, it’s a one-for-one company.”

So it seems. Millions of shoe-wearing children would agree. DM