South by SouthWest: 4chan, the 'dark heart of the Inter...

South by SouthWest: 4chan, the ‘dark heart of the Internet’ 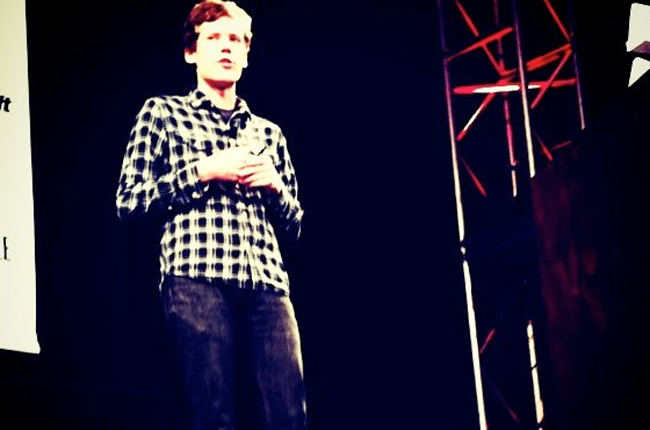 Ever since the Internet became fully interactive, questions of anonymity versus disclosure – the secret identities or the loss of privacy – have been perennial bugbears. The best and brightest minds disagree, and will probably continue to do so. That’s what makes 4chan.org and Facebook so different – and the Internet so exciting. By TOBY SHAPSHAK.

Christopher Poole looks like every other Internet geek you’d expect to see at South by South West. Thin and gangly with unkempt hair, dressed in a plaid shirt and jeans, he’s a somewhat nervous talker and hardly exudes self-confidence.
But when he lambastes Facebook founder and Time’s “Man of the Year” Mark Zuckerberg for being “totally wrong” about online anonymity, he speaks with great authority.

Poole is the founder of 4chan.org, one of the most remarkable websites in the world and one of the world’s largest web communities, with 20 million monthly visitors. Its infamous “random” /b/ message board is the birthplace of some of the greatest Internet memes (or reinterpretive jokes). These include LOLcats and Rickrolled, as well as the lesser known (in South Africa) Rage Guy.

“Anonymity is authenticity. It allows you to share in a completely unvarnished, raw way,” said Poole, who is better known by his online handle ‘moot’. “There is a loss of innocence on the Internet, and much less room for anonymous failure. The cost of failure is really high when you’re contributing as yourself.”

An unlikely Internet hero if ever there was one, he set up 4chan as a 15-year-old in October 2003, and the site has no barrier to entry like registration.

“4chan is a place where people go to hang out. We’ve forgotten how cool and important that is.”

Some 15,000 people constantly monitor its random board, waiting to spot a new phenomenon, he says. “Internet memes are born from this board.”

Originally created as an English language fan site for Japanese anime comics, 4chan is one of the most influential, and anarchic, websites in the world.

“I don’t recommend you go poking around when you get to the front page. If you don’t know what you’re getting into,” he warned of the /b/ board.

It has, however, gained the reputation as the meeting ground for various groups of hackers, including the “Anonymous” group who attacked PayPal and financial institutions last year after they withdrew payment mechanisms for the WikiLeaks website. They have attacked the Church of Scientology and famously hacked former Alaska governor Sarah Palin’s email account.

In this age where everything is preserved and associated with your online identity, 4chan doesn’t store anything.

“It’s like a constant waterfall of content popping up and falling off site. It’s led to the survival of the fittest as far as ideas go. If something resonates with the community, it stays on. If it doesn’t, it falls off into the abyss,” he said with no small amount of pride. “Everything is remembered online, but not on 4chan.”

He’s equally proud that there no registration, “no structural barriers to entry” and no archive. He uses the word “ephemeral” several times to describe the site and the way it operates. “It’s rifting on a massive scale,” he adds.

“There really is this dynamism to the community. People come and go. It’s interesting to watch over the course of the day how the culture changes,” he says, as the east coast of America comes online, and then the west coast, and then New Zealand, Australia and Asia wake up.

“We have this really creative chaos on 4chan. What the community has been able to do is amazing,” he says with some pride. “One of the things 4chan does that is special is how people come together to collaborate. People are squeezed together and rifting back and forth. At the end of that, the product, in the case of 4chan, a meme, is fascinating. The way it ends up working is fascinating, how it evolves.”

“When I describe 4chan I often use the term ephemeral, especially the content, which is just wiped away.”

Interestingly, he says 4chan’s busiest time is 9pm on a Sunday. Unlike other communities, where known personalities and their contributions are weighted differently, “4chan doesn’t do that. Content is content”.

He likens it to the shared experience of going to the drive-in theatre for the opening of a new movie; or watching live “improv” (improvised theatre or comedy) versus seeing it recorded.

But in trying to “re-imagine the message board,” which he defines as “where strangers can come to gather and talk about stuff”, he has been working on a new project, called Canvas, which is only six weeks old and currently by-invitation only.
Built using the new HTML 5 standard, you can log-in with Facebook Connect, but can also be anonymous. It offers very simplified picture-editing tools.

4chan is an indelible part of the Internet, a hive of as much creativity as mundanity. The world is a very different place because of it. Just ask Rick Astley. DM

Editor’s note: Regular Daily Maverick readers will know by now that ours is a polar opposite of Poole’s philosophy. We do not believe in Internet anonymity, and firmly believe that people should have the courage of their convictions to stand behind their words. In short, we believe, whether offline or online, we should subscribe to the same ethical code. But we also believe Poole’s views are shared by many and should be presented to our readers.