Waves of Tunisian immigrants fan right-wing fires in It... 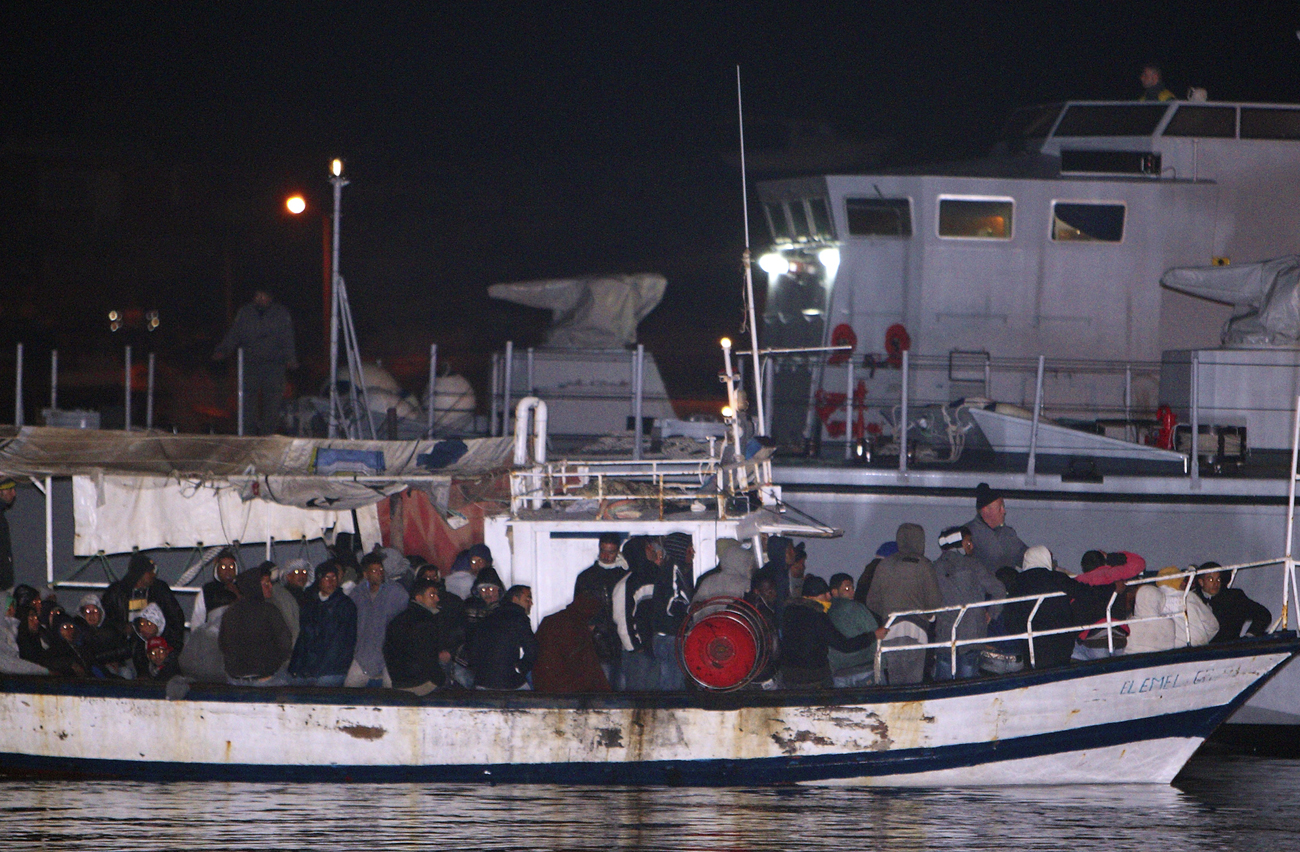 Tunisia’s dictator may be gone, but that has not stopped the waves of immigrants sweeping into southern Europe. Italy wants to send police into Tunisia to stop the immigrant problem at its source, and Tunisian officials are suitably outraged. By SIPHO HLONGWANE.

It was exactly a month ago that Zine El Abidine Ben Ali fled Tunisia after a mass popular uprising in his country. Since then thousands of Tunisians have fled the country, and reports The New York Times, more than 3,000 refugees arrived on the Italian island of Lampedusa in the last week alone. Alarmed by the sudden spike in illegal immigrants, Italy’s interior minister wants to use “force” in Tunisia to stop immigrants even reaching Italy. “I will ask Tunisia’s foreign minister for authorisation for our forces to intervene in Tunisia to block the influx,” Roberto Maroni said on Sunday during a televised interview.

But the Tunisian government may be more open to the idea of outside help than Baccouche is letting on. Since Ben Ali’s exit, Tunisian society has been in turmoil, with the government admitting law and order had broken down. Tunisia’s efforts to restore order are being hampered by the fact that many of the police are quitting their posts – understandable, given the role they played in trying to quell the riots and keep Ben Ali in power. Despite the unfortunate colonialist undertone, the Tunisian government would probably welcome having Italian troops in the country.

Even as many people around the world celebrated the ousting of Ben Ali, the newly bolstered right-wing party of Italy, the Northern League Party, now fears an even greater influx of illegal immigrants into Italy. Maroni, of the NLP, says the inflow was “of biblical proportion”. If the trend continues as the unrest in the Maghreb region spreads, anti-immigration and anti-Islam politicians all across Europe are going to be in a rage.

The illegal immigrants fleeing upheaval in the Maghreb may not be a problem for enough countries in Europe to change the regional body’s attitude to the uprisings. For now, it seems as if the most affected country is Italy, but France and Spain will see an uptick in refugees if the unrest continues. It would take a lot more countries feeling the pinch of illegal immigration to make the European Union, Nato or the United Nations send troops to Tunisia or other Maghreb countries.

Coalition ruling parties like France’s Union for a Popular Movement, the People’s Party for Freedom and Democracy in the Netherlands and Spain’s Socialist Workers’ Party will find themselves being pushed into taking a harder line on immigration by their right-wing coalition partners, who will be eager to exploit the sudden swell in illegal immigrants. Maroni’s Northern League party is already using Italian Prime Minister Silvio Berlusconi’s sex scandal for political leverage.

For north Africa’s emigrants fleeing economic hardship and now violent upheaval, Europe just became an even more inhospitable place. In the face of France’s burqa ban, the Dutch politician who is on trial for inciting violence against Muslims, and the political victories of parties who run exclusively on anti-immigration that borders on racism in Scandinavia, Europe may be a most foreboding place for some. But the intolerance of Europe is considered a lighter burden than the harsh realities of north Africa for the immigrants. A young Tunisian waiting inside an enclosed immigration camp in Lampedusa told Italian television channel Sky TG24, “All we ask is for the chance to work in Europe, not only in Italy, but in Europe somewhere. We only want one thing from Italian people: Help.”

That may be more than Europe is willing to give, as it struggles with a crippling debt crisis. DM

Main photo: A fishing boat with illegal immigrants from North Africa arrives on the southern Italian island of Lampedusa February 13, 2011. More than 1,000 people escaping turmoil in Tunisia have landed on Lampedusa, a Sicilian island closer to Africa than mainland Italy, in rickety boats this week, raising fears of a new, uncontrolled wave of illegal immigration from North Africa. In two days 1,114 migrants arrived, including 113 on a large boat and nine Tunisians who were rescued from a small dinghy before it sank. REUTERS/Antonio Parrinello.