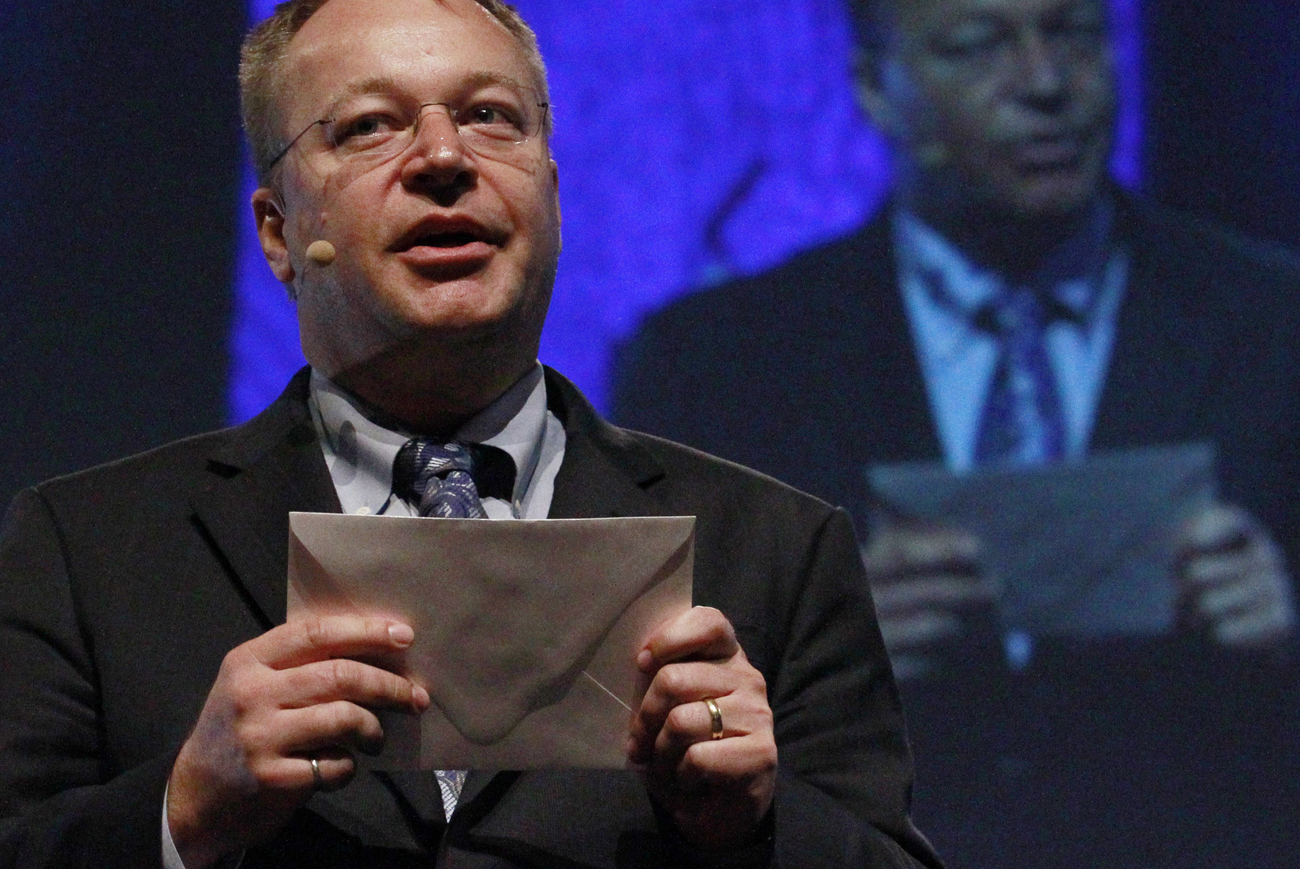 On Tuesday and Wednesday, the interwebs were abuzz with a “leaked” memo from the CEO of Nokia to his staff, purporting to show just how awesome and cool he is. Except it’s a little too precious, and we have seen this trick before. By SIPHO HLONGWANE.

Engadget was beside itself with glee when it published the memo on Tuesday 8 February. Yes, it’s real, the tech website assured us. “We’ve now heard from multiple trusted sources that this memo is indeed real, and was posted to an internal Nokia employee system. That makes it one of the most exciting and interesting CEO memos we’ve ever seen – and we’re absolutely dying to see how Elop plans to shake things up.”

Nokia CEO Stephen Elop’s “Burning Platform” sets out what he thinks is wrong with the company: Nokia, once the king of mobile phone manufacturers, is losing serious ground to Apple and Android-based devices. Nokia’s mobile operating system, Symbian, is rubbish. The company has not adapted to the new mobile devices environment, where competition is on an ecosystem-versus-ecosystem basis, and not device-versus-device. The company’s culture is stifling innovation and speed, and unless it does something drastic soon, it will lose what little market share it still has.

All very good stuff: One would expect the CEO of Nokia to know where the dust in his own house lies. However, that is not the point of contention. We were unconvinced on two counts. The first is that this rousing letter was apparently sent out on an internal employee system. Whether all 130,000-plus employees received it remains unclear, but is this excruciating and brutal account of the company the sort of thing the head of a global company tells every employee? Sure, the close circle of executives and senior managers ought to know, but everyone?

Nokia is also on the cusp of announcing a major strategic move in London on 11 February. What a remarkable coincidence that a letter that portrays Elop as a dynamic visionary and go-getter gets “leaked” days before his company is to unveil to shareholders how it plans to save itself from sinking. How utterly amazing that the only piece of correspondence that gets leaked is the one that makes Elop look very good in the eyes of the world.

Speculation has been that Nokia will announce a partnership with Microsoft, possibly to make a Nokia rival to iPhone that runs on Microsoft’s mobile operating system. Others think Elop (who was Microsoft’s head of business until September 2010, when he moved to Nokia) is going to announce a huge corporate shake-up, perhaps firing half of the top managers. The company has been playing its cards close to its chest leading to the big announcement. Elop is Nokia’s first non-Finnish chief executive and criticised the company’s internal culture in his memo.

The trouble with a strategy such as the one Elop adopted is that it leaves consumers feeling cheated and distrustful of the company. Cell C proved as much in South Africa in August last year when its chief executive Lars Reichelt published a letter in the Sunday Times apologising for the company’s notoriously crap service. The letter was inspired by a rant by comedian Trevor Noah, or so Cell C wanted us to believe. The cheers from pundits and commentators – that at last a major South African company was paying attention to the people it served – were cut short when it was discovered that the whole thing was an elaborate marketing ploy, and that Noah was actually on Cell C’s payroll. Couple that with Cell C’s 4G troubles, and the result has been a very sour taste left in the public’s mouth.

Elop seems to have wondered into the same trap of being creative with the truth of his intentions (here’s hoping that Nokia won’t buy a centrefold talking ad in Cosmo), hoping to cash in on society’s need to be taken seriously by big companies. He certainly had the world’s attention with his letter (on Thursday, “#NokiaCEO” trended worldwide on Twitter), and the reaction won’t be kind if the world subsequently discovers it’s been hoodwinked. DM