Analysis: Angola, still a country of huge rewards and g... 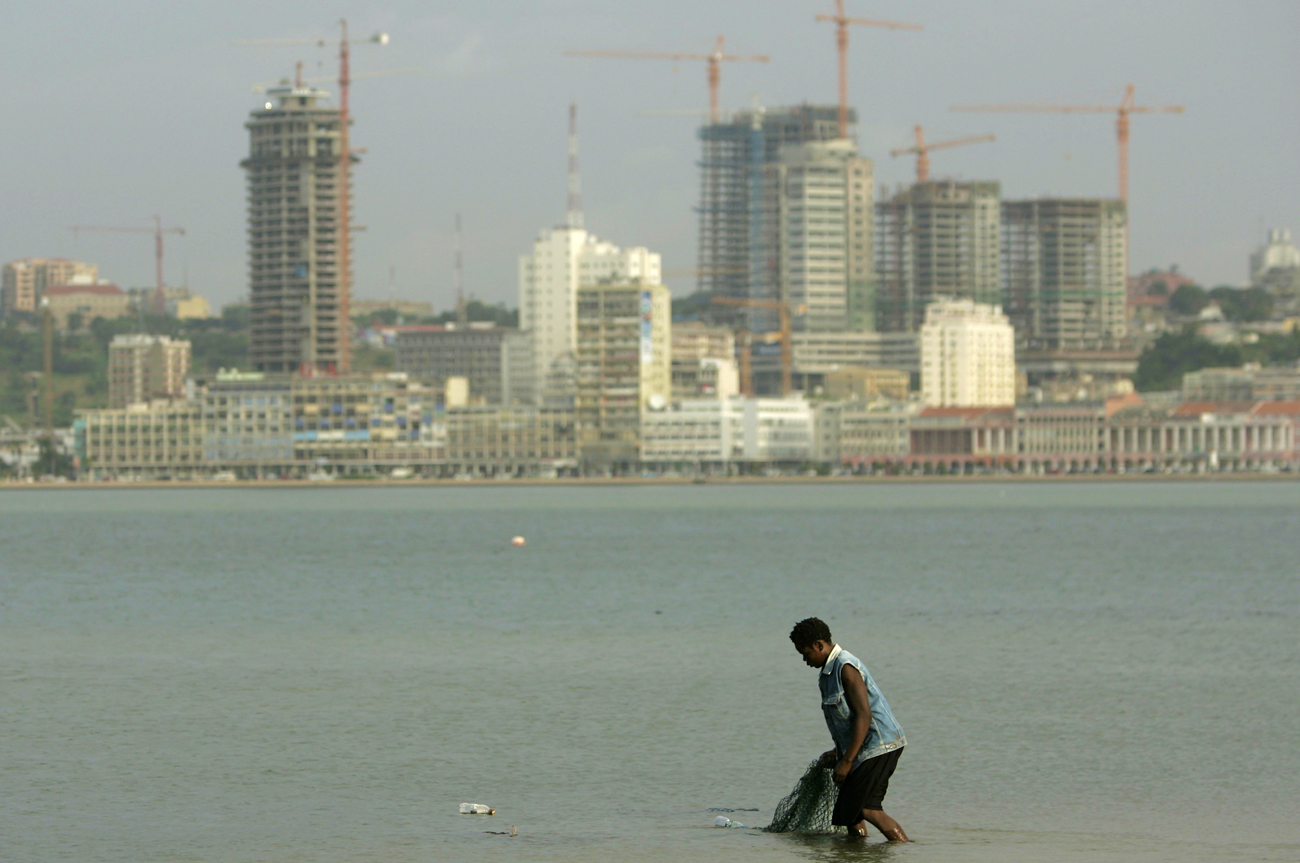 For decades, the ANC had enjoyed a close relationship with Angola’s MPLA, but this became strained as the Mandela and Mbeki governments didn’t see eye-to-eye with Angolan President José Eduardo dos Santos. The Zuma era has changed all that, making South African investment in Angola a reality. But while the opportunities abound, doing business in Angola is still not for the fainthearted. By MANDY DE WAAL.

Angola and South Africa haven’t always had cordial relations. The rift started when Nelson Mandela was president because he wanted a negotiated settlement between the MPLA and Unita. José Eduardo dos Santos, who headed the Movimento Popular de Libertação de Angola and is now the President of Angola was less than impressed with Mandela’s proposition at the time. Dos Santos believed that the only solution was a military one.

The Mbeki era didn’t fare any better in terms of endearing South Africa to Angola according to Edward George, a senior editor at the Economist Intelligence Unit. A specialist on Angola and author of the book “The Cuban Intervention in Angola, 1965-1991: from Che Guevara to Cuito Cuanavale”, George says the prevailing rumour about the rift between Pretoria and Luanda is accredited to Mbeki being at an MK training camp in the ’80s and a minor insurrection.

“Mbeki was reportedly one of the mutineers who were arrested and it was Dos Santos who eventually got him released,” says George, who maintains that the story goes that since that time Mbeki and Dos Santos didn’t enjoy cordial relations. Then there’s the matter of South Africa seeing itself as the power player in sub-Saharan Africa and Angola also wanting pole position, which led to rivalries.

Roll on the palace coup at Polokwane, and South Africa and Angola are now the best of friends, thanks to President Jacob Zuma. “There is a long standing political relationship between the ANC and the MPLA. Jacob Zuma and José Eduardo dos Santos have a strong personal relationship which helps the situation. Jacob Zuma travelled to Angola before he was elected as president and was received on a presidential level, which indicates the esteem with which he is held in Angola and the closeness of the relationship,” says George.

The relationship is so strong that Dos Santos, who rarely travels and was due to visit South Africa this year, but will instead be here next year. “There is every indication that Dos Santos will make an official visit to South Africa in 2011 which could be significant,” says George. “If Zuma and Dos Santos can set up communications and a structure for the two countries to do business together, it could remove a lot of the obstacles for SA investment into Angola.

The South African government is looking for investment opportunities outside the country and has yet to stake a significant claim in Angola. “If you look at the size of the South African economy and the investment the country has made elsewhere, it is puzzling that it is so small in Angola, which needs South Africa to invest more strongly in the country. This would help with the flow of goods and services and would certainly help realize the country’s potential outside of the oil sector,” says George. The oil industry in Angola is largely spoken for with four or five of the major oil players already active in the country, however, other sectors offer great opportunity – although George reckons that doing business in Angola isn’t exactly easy. But that hasn’t stopped Standard Bank from entering the market. It established a Luanda office in 2006 and started applying for a banking license in 2008, which was granted at the end of 2009. Reuters reported that Standard Bank initially intended opening three branches in Angola. “Our big role will be to bring investors in and show them the reality of the Angolan economy. To try to reduce their perception of (the) risk of Angola, that (is) sometimes exaggerated,” Standard Bank’s Pedro Pinto Coelho told Reuters.

While Angola is Africa’s second largest oil producer and key oil exporter to China, investing in the West African country remains challenging because of the high cost of doing business there, the lack of government accessibility and other problems. “Angola ranks at the bottom of the Economist Intelligence Unit’s index of places to do business and this is mirrored in reports by the World Bank and the Index of Economic Freedom. This is because of the country’s opaque government, weak regulatory environment and poor judicial system. Then there’s the legacy of the civil war and the infrastructure constraints. It will take 20 years to take the infrastructure to where it needs to be. Because of this there are continual power shortages and it takes a long time to get out of the city because of the roads.”

Not to mention the cost of doing business in Angola, which George says is outrageously expensive. “During the boom in 2008 one could rent an ordinary three-bedroom apartment in Luanda for US$8,500 a month. Now it would cost you between US$4,000 or US$5,000. If you’re a business and need a building for your company, you need to put one year’s rent up front. The hotels are also very expensive and a room in an ordinary hotel would cost US$300 a night, if you can get one.” Hotel accommodation comes at a premium in Angola as multinationals in the country book these a year or so in advance because of the scarcity.

But that’s not the biggest problem with doing business in Angola. The big deal is what George calls the “cryptocracy”. “Success in business in Angola is all about the connections and the networks. But it is impossible to see how the political elite work in that country because they are so opaque. The president is the most powerful man in the country and he has about five or six powerful people around him, but to find out who they are can take years. The Angolan elite have intermarried and if you can get the right person to make a phone call, you’ll find that the country runs incredibly well. But finding the right person could take years.”

If doing business in Angola is so difficult why should South Africans bother? It’s all a matter of risk and reward, and the rewards in Angola are substantial.

“There are some parts of the Angolan market where there is little if any competition, and this is particularly true of the communications and services industry. There are big opportunities in iron which is going at a high price at the moment and which Angola has in abundance. South Africa is sub-Saharan Africa’s largest commodity exporter, an expert in this field and has what it takes to develop Angola’s untouched mineral resources. There is lots of gold, and it is likely that there is uranium there. The problem is that there hasn’t been comprehensive geological research. There are indications that there is bauxite, which is used to make aluminium, and that there may be very specialist minerals like coltan, which is used in the mobile industry. But this is speculative and the country needs a lot more surveying done, for which South Africa has the expertise.”

South Africa could play a big role in Angola’s future. Because of the civil war, people outside of Portuguese-speaking regions don’t know a lot about Angola. While China also has a presence, has credit lines with Angola and is a key consumer of Angolan oil, most of those currently invested in the country are Lusophone.

So logically Angola is very involved with other Portuguese-speaking territories in Africa and is attempting to go international through Sonangol, the country’s parastatal oil company looking to list on the New York Stock Exchange. Zuma’s friendship with Dos Santos could be beneficial because a partnership could see South Africa expand investment to resource rich countries. But will companies outside of government benefit from investment in Angola?

Only time will tell as the country has a long way to go in transforming itself, and to start climbing up the investor friendly rankings. However, by the time Angola makes that headway, all the best pickings might be gone. DM

Read more: Angola’s Economy Likely to Expand 2.5% This Year, IMF Forecasts in Bloomberg Businessweek,  China-Africa trade ties move beyond resources in Reuters, South of the Sahara – Boom times, at least in parts in The Economist,  The world in figures: Angola in The Economist, and Angola celebrates 35 years of independence in The Mail & Guardian.

Main photo: An Angolan fisherman prepares to cast his nets in the bay of Luanda January 27, 2010. REUTERS/Rafael Marchante.