Farming out Africa: a pragmatic take on 'neocolonialism...

Farming out Africa: a pragmatic take on ‘neocolonialism’ 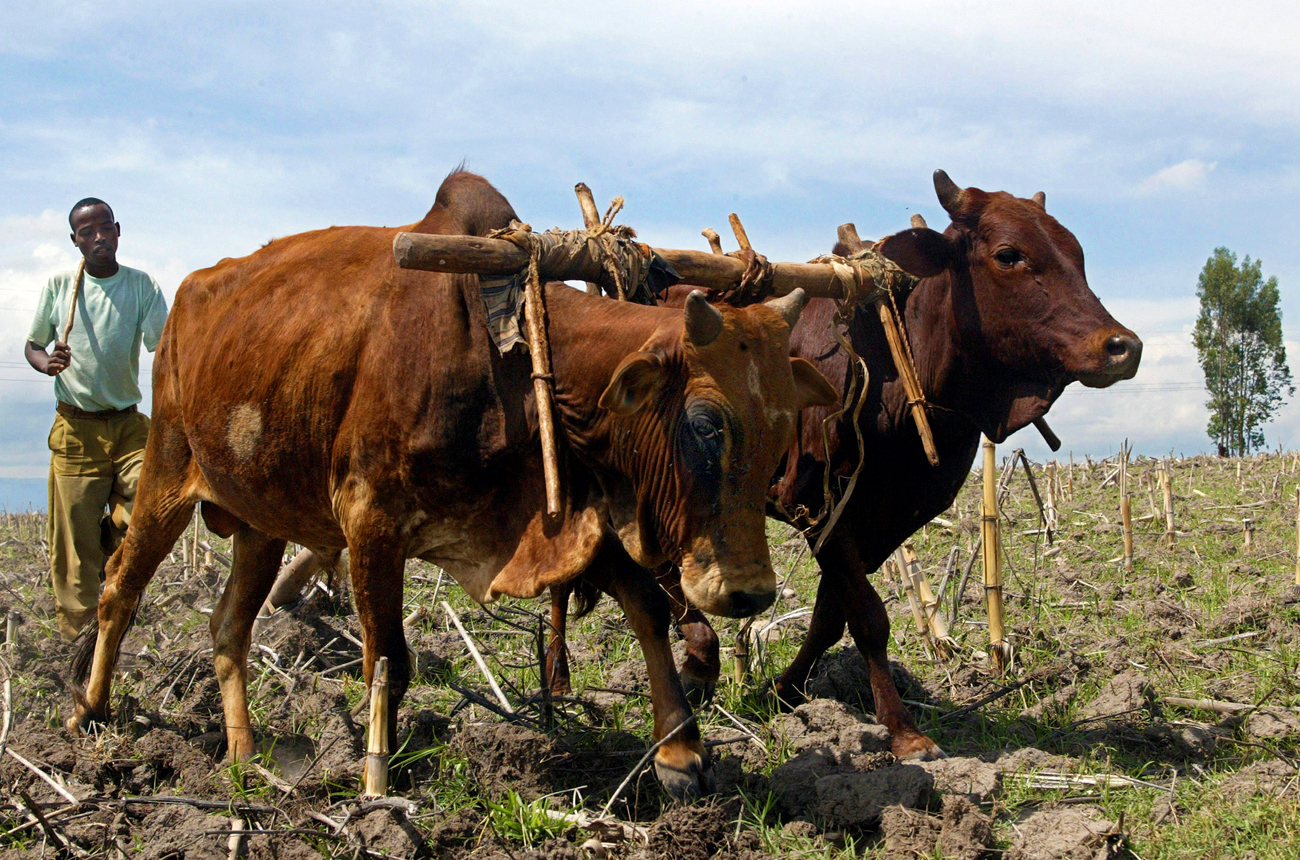 The oft-told tale is that all Africans want land, because that land will secure a livelihood for themselves, an education for their children and a bright future for the family. The truth is often less rosy. No one wants to grow stuff and those who want to often can’t do so very well, despite what some government departments might think. An interesting new idea is taking hold elsewhere on the continent: why not just rent the land out to corporations who actually do want to grow stuff? By SIPHO HLONGWANE.

Bloomberg News recently reported that an Indian food-processing company is renting land in Ethiopia on which to grow crops, with the plan of then selling those crops to the southern and eastern African markets. The article quoted the company’s CEO, Sai Ramakrishna Karuturi, as saying: “Karuturi Global, an Indian food processor, plans to exploit East Africa’s market potential by selling crops grown on land leased from Ethiopia’s government within the region.”

“The company, based in Bangalore, will produce commodities including palm oil, sugar and rice on 312,000 hectares of rented land,” Bloomberg News said. “The intention is to sell the crops within the 19-member Common Market for Eastern and Southern Africa, Karuturi said in an interview on 10 November in Addis Ababa, the capital.”

The government of Ethiopia plans to rent out 3 million hectares of land to private investors over the next five years for cash crops and foreign-exchange generation, according to the country’s agricultural ministry. To place that in perspective, 3 million hectares is the size of Belgium.

Karuturi is for all intents selling this project as a venture that does for the Ethiopian people what they cannot do for themselves. Consumption of sugar in Ethiopia is 6 kilograms a head, compared with 30 kilograms internationally, according to Bloomberg. Karuturi says that it can finally put sugar and cheap rice in Ethiopian mouths, provided the various stakeholders don’t become greedy, which is crucial for keeping prices down. The India-based company also has a rice-trade agreement with tiny neighbouring Djibouti, and another one lined up with Kenya – just as soon as they can sort a few cross-border trade niggles.

The land hired to Karuturi Global is in the western Gambella region, close to the Baro River. The company plans to transport crops along the river, which will put it in touching distance with Uganda (via Lake Victoria), as well as Sudan. The company said that the region was “most thinly populated area in this part of the world” and, therefore, that there wasn’t anyone there to “displace”. An arable region with plenty of water located in an agricultural country, that is apparently only sparsely populated? Very strange.

One group that is not buying Karuturi’s “nobody lives there” line is the Washington-based advocacy group Solidarity Movement for a New Ethiopia. What exactly SMNE is advocating is anyone’s guess (the website certainly doesn’t provide many clues), but the group has labelled Karuturi as neo-colonialists. “Many people have been told that they should expect to be removed from their homes and land during the dry season which has just begun, but many of these have not yet been forced to leave,” SMNE says in a statement on its website. “Reportedly, they have been told that they can move themselves now or later be taken to a resettlement village.”

The statement then deteriorates into a heated rant that dismisses the Ethiopian government as a corrupt “kleptocracy” and complains that the locals were left out of the talks (that Berlin conference gets a mention). It rather reminds one of that story most famous for being told by Archbishop Desmond Tutu; the one about the missionaries and the Bible and the land.

Unsurprisingly, SMNE offers no analysis as to how much better off the people living on the land (or indeed, the country’s citizens as a whole) earmarked for renting to global food growers would be if they weren’t relocated.

It would be far more helpful for the SMNE and other critics of the land-lease ventures to take a page out of David Ricardo’s comparative advantage teachings (Ethiopia best provides lots of land, and Karuturi Global provides the capital because that works best for both parties, even if Ethiopia can provide both functions), rather than those of rural land fetishists. According to the Central Statistical Agency of Ethiopia, the region mainly grows coffee, and there are a few subsistence farmers who rely mostly on cattle for a living. Could these people make the land as productive per hectare as Karuturi Global? Could the Ethiopian government do better with the land than Karuturi Global? According to the company, it’ll be investing in water infrastructure because the Ethiopian government doesn’t have the capacity to do so, though Karuturi Global didn’t say so in quite as many words.

The Ethiopians have land which is being used at nowhere near its top productive capacity. The foreigners have capital and need the land. The exchange or lease is straightforward economics. Of course, there’s the danger of the foreigners not transferring their commercial agriculture skills to the local people, and there’s no evidence to suggest that Karuturi intends to engage in any such programmes. Other than that, the idea has merit, and with tweaks here and there, why wouldn’t it work in South Africa? DM

Main picture: An Ethiopian farmer ploughs his field outside the town of Bedele, roughly 500km southwest of Addis Ababa.REUTERS/Antony Niuguna