Will Coca-Cola’s vitaminwater be the Consumer Protect...

Will Coca-Cola’s vitaminwater be the Consumer Protection Act’s first scalp? 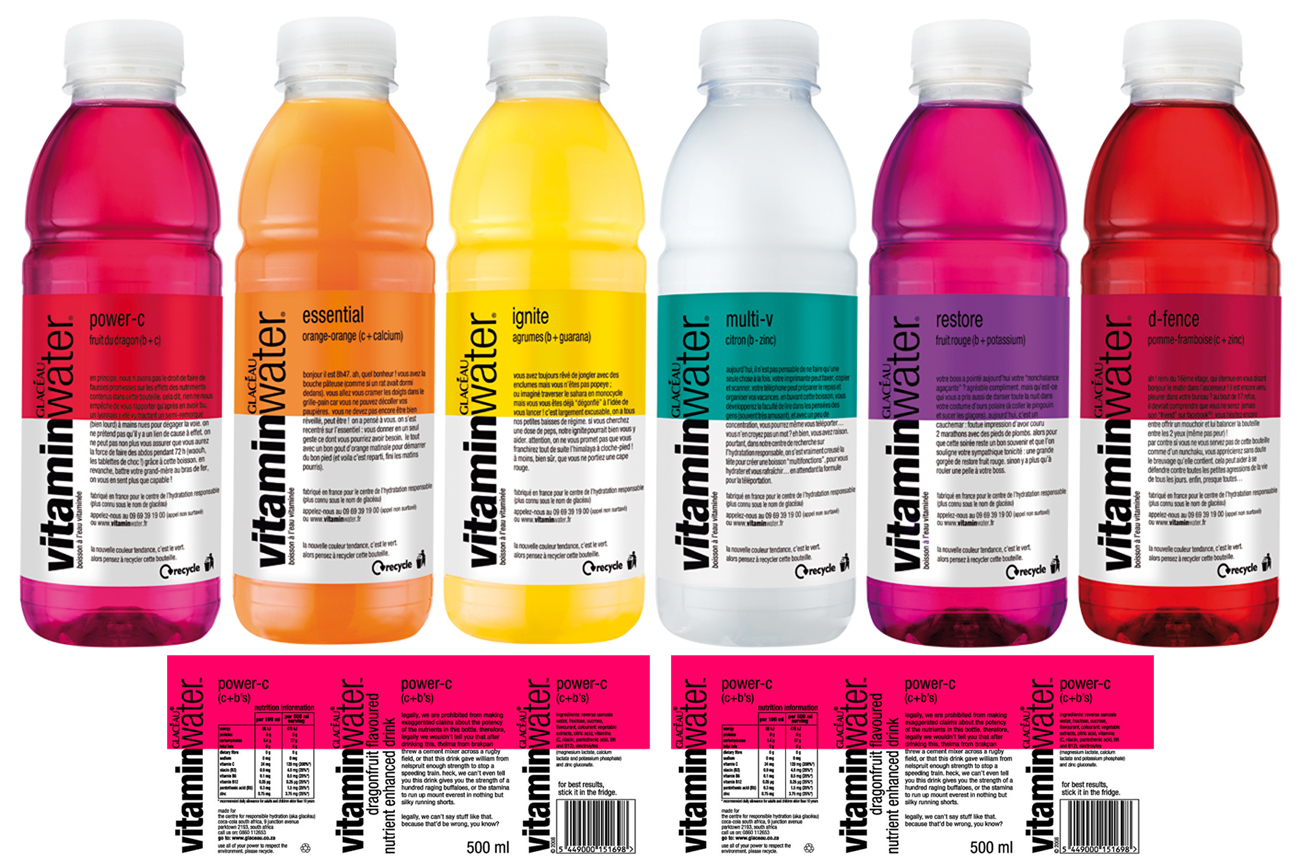 Local consumer rights advocates say the Consumer Protection Act, due to be enforced from October 2010, could make way for a South African legal class action suit against Coca-Cola for misleading claims on its Glacéau vitaminwater.

The Coca-Cola Company is taking a beating in the US where a federal judge gave a public interest group the green light to continue with a class action lawsuit against the beverage giant’s glacéau vitamin water. The Center for Science in the Public Interest (CSPI) brought the legal action against Coca-Cola for what it called “deceptive and unsubstantiated claims” on vitaminwater. The health and food safety advocacy group will now take Coca-Cola to court because it markets vitamin water as a healthy alternative to soda, using claims that the CSPI says are fraudulent.

“Coke markets vitaminwater as a healthful alternative to soda by labelling its several flavours with such health buzzwords as ‘defence’, ‘rescue’, ‘energy’ and ‘endurance’. The company makes a wide range of dramatic claims, including that its drinks variously reduce the risk of chronic diseases, reduce the risk of eye disease, promote healthy joints and support optimal immune function,” says the CSPI. “In fact, according to CSPI nutritionists, the 33grams of sugar in each bottle of vitaminwater do more to promote obesity, diabetes and other health problems than the vitamins in the drinks do to perform the advertised benefits listed on the bottles.”

Paul Crankshaw, deputy chairman of South Africa’s National Consumer Forum will be keeping a careful eye on this class action lawsuit, and suggests Coca-Cola South Africa does the same. “At the moment there is no consumer group within South Africa to do this kind of work, or to launch a class suit in favour of the consumer, but that will change soon,” said Crankshaw.

“We hope the new Consumer Protection Act will allow consumers far more protection from these outrageous claims that manufacturers put on their bottled water. The new act has much stricter control over the labelling of products, and states that the labelling and advertising of products must not be misleading,” he said.

Crankshaw said that under the new Act, due to be effected late in October, a National Consumer Commission would be established and that he hoped consumers would be vigilant about fraudulent advertising and labelling claims, and raise these with the commission.

“This case is important to South African companies because our law will be as strong as the law is in the US from the 24 October, the official implementation date for most of the provisions of the Consumer Protection Act. From that time, the law will be on the side of consumers with regard to misleading labelling and misleading advertising. The American case should be particularly interesting to South Africans and will be one of the issues we will be taking up once the act is in force.”

Crankshaw said the National Consumer Forum didn’t favour the manufacturers of bottled water. “We have a general view that the bottling of water is an outrageous idea in a country where we have perfectly good drinking water on tap. While we do recognise that there are parts of the country that don’t have good drinking water, that is the responsibility of the concerned municipality to fix, and bottled water is no substitute for that.”

The Daily Maverick approached Coca-Cola South Africa for comment on a range of questions which included the company’s view on the outcome of the US court ruling, what the company’s opinion was on the changes to consumer law mooted for South Africa, whether the brand would change its vitaminwater labels or advertising, how many units of vitaminwater were retailed annually in South Africa and whether these were promoted as “healthy” in this country.

Coca-Cola South Africa preferred not to speak to The Daily Maverick directly, but instead issued a statement through the company’s spin doctors, Meropa.

“vitaminwater is a great tasting, hydrating beverage with essential vitamins and water – and labels clearly showing ingredients and calorie content. The court’s opinion was not a decision on the merits, but simply a determination that the case can proceed beyond the initial pleadings stage. We believe (the) plaintiff’s claims are without merit and will ultimately be rejected,” the statement reads.

Neat little PR soundbites won’t exactly cut it if Coca-Cola South Africa faces what could be this country’s first class action suit under the new Consumer Protection Act. The vitaminwater issue hasn’t had significant press in South Africa, but a pioneering lawsuit would see the full glare of the local and international media on Coca-Cola, which would force them out from under the skirts of their public relations practitioners.

The two sections of the law Coca-Cola should be particularly concerned with when it comes to vitaminwater are sections 24 and 29 of the Consumer Protection Act. Section 24 deals with labelling and stipulates that manufacturers must not knowingly “apply to any goods a trade description that is likely to mislead the consumer”. Section 29 relates to misleading advertising and reads: “A producer, importer, distributor, retailer or service provider must not market any goods or services — (a) in a manner that is reasonably likely to imply a false or misleading representation concerning those goods or services, as contemplated in section 41; or (b) in a manner that is misleading, fraudulent or deceptive in any way.”

You don’t have to be a lawyer to realise Coca-Cola is more than straining legal boundaries with its claims on vitaminwater in terms of the Consumer Protection Act. If the beverage company doesn’t clean up its act by October, it’ll be in for the high jump.

View the PDF notice of the class action lawsuit filed against Coca-Cola by the CSPI. Download the Consumer Protection Act signed into law in April 2009 by then President Kgalema Motlanthe.

Read more: “vitamins + water + sugar + hype = soda – bubbles” and “Lawsuit Over Deceptive Vitaminwater Claims to Proceed” by the CSPI. Read “Hello, I’m an Idiot Who Thought Vitaminwater Was Healthy” at the Gawker  and “The Dark Side of Vitaminwater” at The Huffington Post.