Brace yourselves – Oktoberfest in Munich is just around the corner 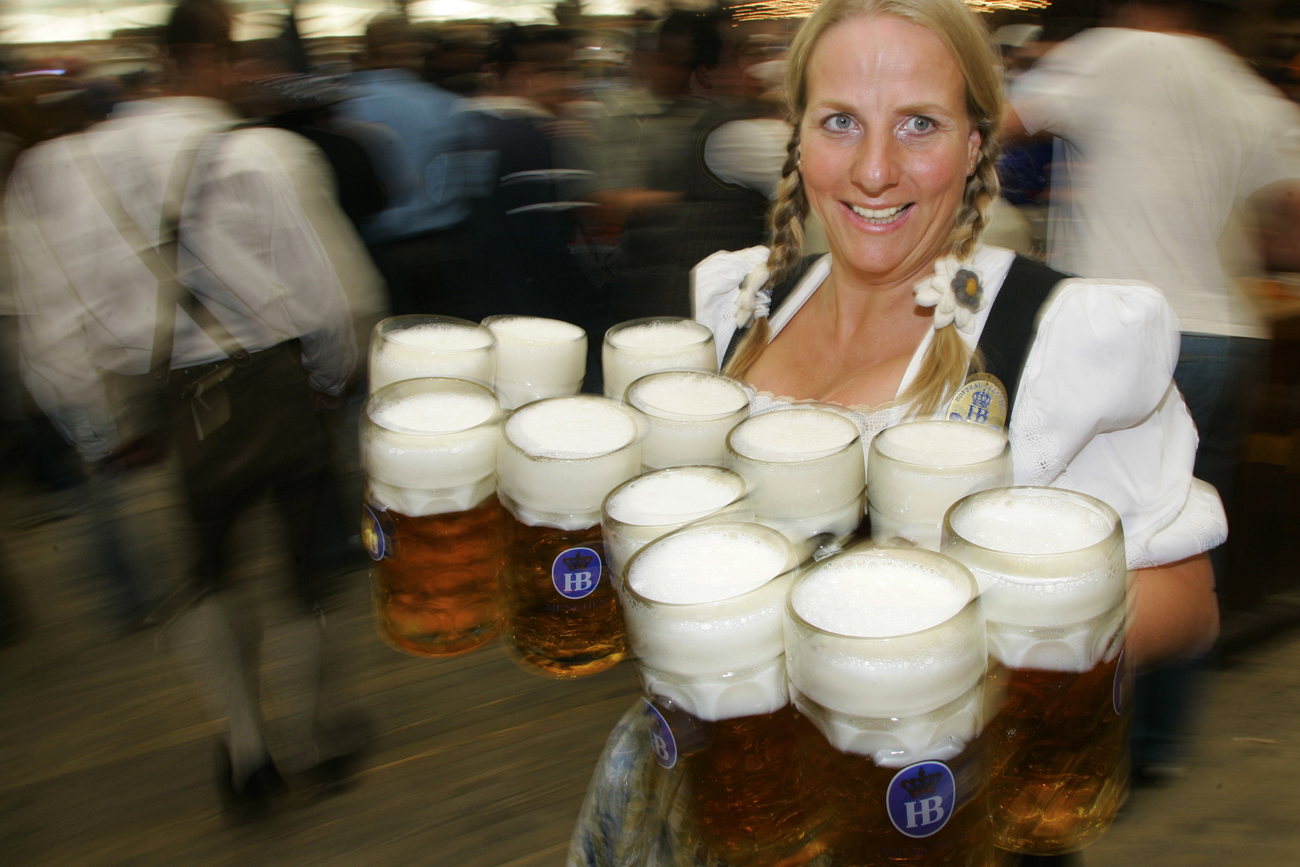 GREG GORDON has previously braved the beer tents to explore the upper limits of moderation. He gives The Daily Maverick readers a full-frontal account of the ultimate celebration of gastronomic and beer-fuelled excess.

I had always thought Italy was home to the finest food in the world – simple yet bursting with flavour and consumed with deep appreciation by Italians and the rest of the globe.

Once, after a spectacular meal in Lyons, France, an Italian friend said: “Come on, let’s go to Italy where they really know how to make food.”

But now my culinary loyalties are split three ways between France, Italy – and Germany.

Germans truly understand good food. Granted, it will send your cholesterol count significantly north and require an upward rethink in clothing sizes, but it is simply jaw-droppingly awesome.

The setting is the city of Munich in Bavaria in southern Germany at the foothills of the Alps during Oktoberfest, the annual celebration of beer and food in that order. It’s autumn, chilly but not unpleasant.

Let me declare my bias right here. I adore beer. I esteem beer more than some people love their children. The Belgians claim they make the best in the world. I put it to you the Germans have the edge and during Oktoberfest they demonstrate their agreement with this sentiment with a not inconsiderable degree of fervour. Photo: Around 60 shooters in traditional Bavarian clothes fire off salutes during a last day ceremony at Munich’s 176th Oktoberfest October 4, 2009. Millions of beer drinkers from around the world came to the Bavarian capital Munich for the world’s biggest and most famous beer festival, the Oktoberfest. REUTERS/Michaela Rehle

But back to the food. Vegetarians should stop reading right now. German food is about meat, (particularly pork) and loaded with fat as well as potatoes and bread. It is also laden with taste – sweet, sour and salty and everything in between. Textures – creamy, crispy, crunchy and pliant.

Ruddy-faced, generously-proportioned people ladle fatty flesh into their mouths with every sense of keen enjoyment. Fat dribbles down their many chins. They gulp beer. They smoke. They are earnest, they laugh.

German food is about hedonism. If you want a salad – although German versions are excellent – you’d be better off in California or Sandton where appearance and calorie count is favoured above taste. If you want healthy (seriously) try Tokyo for sashimi that’s life-enhancing, delicious, cold and fresh.

But German food is unrepentant food. It is sensuous in what many people perceive as a crude form. But I love it and so do millions of revellers who stream into Bavaria each year to get their fix. We can’t all be wrong.

The origins of the Oktoberfest, which actually happens mostly in September due to the moderate autumn weather, go back nearly 200 years to 12 October 1810.

On the occasion of the wedding of Crown Prince Ludwig and Princess Therese von Sachsen-Hildburghausen, horse races were held at the site of today’s pig-out, but it wasn’t until the following year that it was dubbed the Oktoberfest, and became an annual agricultural club event. The behaviour of some visitors to this day, particularly those that are over-refreshed could be termed agricultural.

The Oktoberfest was interrupted a few times – in 1870 the Franco-Prussian war was responsible, followed by significant stoppages during World War I and World War II. In 1980, a bomb explosion at the event killed 13 people and wounded more than 200. Photo: An Oktoberfest waitress carries plates of grilled chicken during the first day at Munich’s 175th Oktoberfest in Munich September 20, 2008. Millions of beer drinkers from around the world will come to the Bavarian capital Munich for the world’s biggest and most famous beer festival, the Oktoberfest. REUTERS/Michaela Rehle

But back to the present and happier times. The Oktoberfest is a sprawling show with huge tents where litre tankards of beer are served, wave upon wave, by barmaids with Herculean powers. They lift tankards by the dozen and deliver them to eager patrons. By tents, we’re talking semi-permanent structures that hold thousands of people. Revellers from all over the world mix at long tables and benches and there is much laughter. Any threat of violence is dealt with swiftly and I didn’t see any punches thrown. Come to think of it, by the end of the evening I didn’t see anything much at all.

There’s a huge fun fair at the event too which you should avoid if beer and food ingestion have already begun. It’s a festival – the sun is shining, pristine carthorse teams draw barrels of beer on trailers to the tents. It’s the calm before the storm.
Later there’s dancing on the tables, oompah bands going full tilt and the sound of thousands of souls having a devil-may-care brilliant time. The men in the Lederhosen, the fraus in their traditional dresses and everyone partying at a million miles an hour. Fuelled at this stage entirely by beer. Everything’s a swirl of smiles, music, singing, laughter and it just gets faster and faster. Eventually, everything’s a blur.

But all good things must come to an end. My liver is in tatters, my kidneys throb. My girth is spectacularly enhanced. But I’m happy. I’ve survived Oktoberfest – Germany’s annual release from a tendency towards Teutonic crispness. It’s outright snot-flying, uninhibited, happy, drunken partying on a grand scale.

On day three I’ve got the shakes. I know my motor skills are impaired and it’s enough – too much. I must go home to relative sanity.

I want more, but my body has overruled me. The red card is raised. I’m off to rest and grow strong again, for September 2010 is just around the corner. And I know where I’m going to be.

SO, WHAT’S FOR LUNCH?

You probably know about pork knuckle with sauerkraut, pretzels, potato salad and frankfurters with mustard. But you have to try these four items in Munich:

Main photo: Oktoberfest waitress Christiane Mitterer carries twelve beer mugs during the last day at Munich’s 174th Oktoberfest October 7, 2007. Millions of beer drinkers from around the world came to the Bavarian capital Munich for the world’s biggest and most famous beer festival, the Oktoberfest. REUTERS/Michaela Rehle

A letter to employers: How to safely manage Covid-19 in the workplace