Kagame will win Rwanda's presidency in a landslide agai...

Kagame will win Rwanda’s presidency in a landslide against, well, nobody 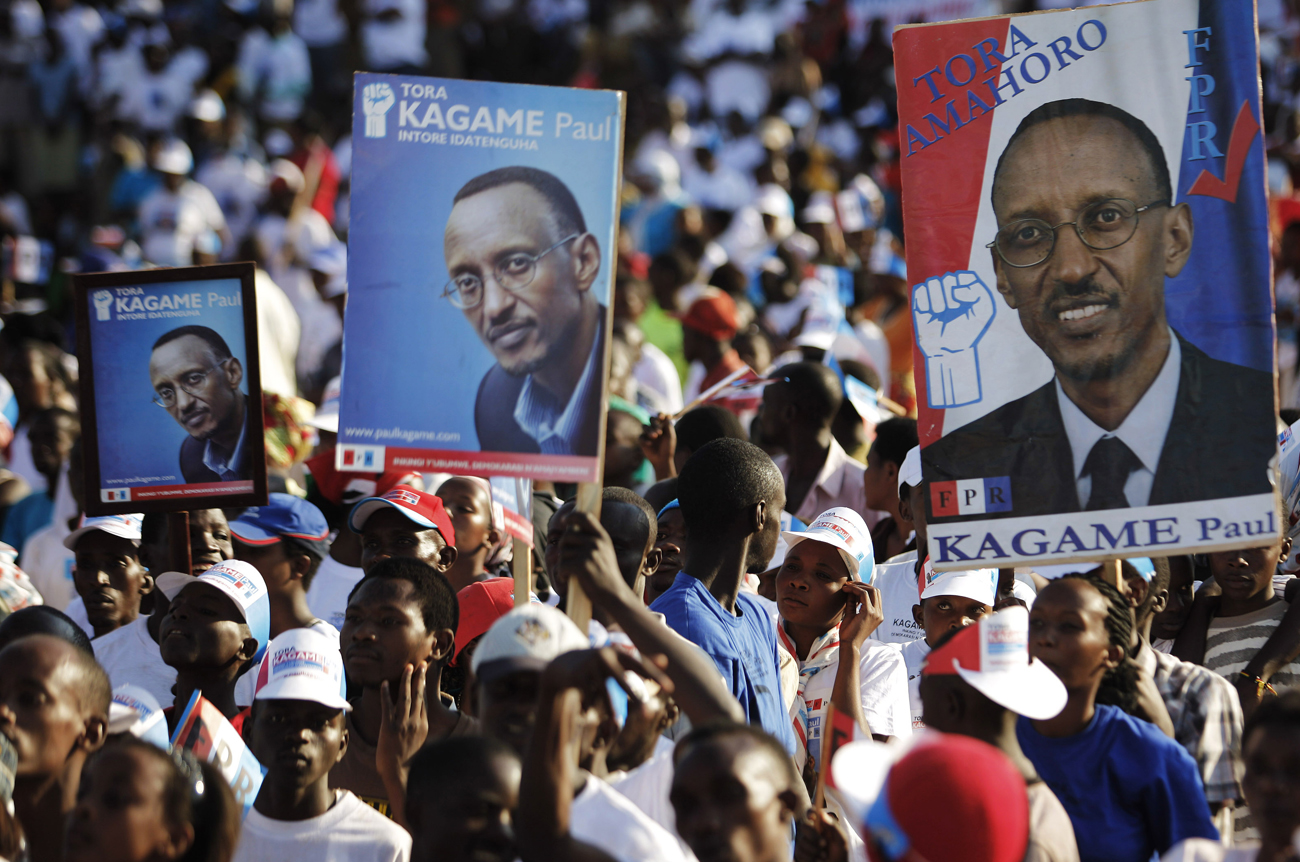 To most foreigners, Rwanda’s horrific genocide 16 years ago seems a distant memory. Democracy, with all the trappings of presidential elections, seem part and parcel of an African success story. But are appearances and reality the same?

In Paul Kagame’s Rwanda, the fat lady has already sung even though the opera isn’t officially over. By the time the polls closed, the victory parties had begun, the beer was flowing and the singing and dancing were underway after the victorious Rwanda Patriotic Front sent out an SMS to supporters and the media telling them to come on by for a really great victory party.

According to almost anybody and everybody, Paul Kagame is going to win a second seven-year term of office in a veritable landslide. This is only the second election since the 1994 genocide that killed hundreds of thousands of people. To monitor this election, the country’s electoral commission accredited 1,394 observers, 214 of them from abroad, including representatives from the African Union and the Commonwealth.

In shooting for his second presidential term, Kagame offered a reprise of the 2003 platform that promised stability and economic growth and that gave him a win with more than 95% of votes cast. This time, the party’s campaign slogan was not particularly subtle: “Never change a winning team”. The RPF reportedly spent about $2.5 million on its campaign in this bite-sized nation, with Kagame sometimes participating in two rallies a day for weeks on end.

Kagame’s supporters point to his accomplishments, including a growing economy, more rights for women, incoming foreign investment and better Internet access, even as his greatly outnumbered critics say Kagame is simply yet another “big man” African leader (although in Kagame’s case, maybe that should be written as a “thin, tall man”). Even more importantly for many, however, is the fact that Kagame’s rule has produced the kind of stability and a lower level of corruption most Rwandans clearly sought after the experience of the horrific violence that had gripped their country 16 years ago.

Kagame has succeeded in making Rwanda the darling of Western nations and international financial institutions such as the International Monetary Fund and the World Bank, resulting in a strong flow of aid and loans for a country generally best known for its green mountains, verdant hills and gorillas – aside from the genocide portrayed in films like “Hotel Rwanda”. The US aid budget for Rwanda, for example, totalled more than $180 million last year.

Even Kagame’s critics concede Rwanda has made real economic progress since he led his Tutsi-dominated Rwandan Patriotic Front guerrilla army back into the country to put an end to the genocide. Over the past five years, Rwanda’s GDP has doubled to $5 billion. Direct foreign investment has increased nearly 17-fold since 2003, to $541 million last year, including investors like Starbucks, a major buyer of Rwandan coffee.

Observers also note that Kigali’s streets tend to be clean and without major potholes. Construction is underway on dozens of buildings, shopping malls and a fibre-optic cable network. And, perhaps most significantly, Rwanda grows enough food for its population of nearly 10 million people -and still has a surplus for export. Nearly all Rwandans benefit from a state-sponsored health insurance programme, while the number of primary school attendees has risen two-and-a-half times. And, by contrast to most African nations, women serve in Rwanda’s government in large numbers and land inheritance by women has been legally secured.

However, there has been a dark side to Kagame’s rule. The international rights group, Human Rights Watch described the pre-election climate as typified by “increasing political repression and a crackdown on free speech” and some Rwandans have charged that local officials and police officers made them contribute to the Kagame campaign and then vote for him. Voters in Rwanda mark their ballots with a thumbprint next to their choice, feeding suspicions that a secret ballot is pretty well nonexistent and that the government could clearly determine who voted for (or against) the president if it chose to do so.

Kagame is a former rebel fighter who grew up as a refugee in Uganda and foreign analysts say he brings together a mix of progressive values and dictatorial tendencies. While he has done all his good works, he also seems allergic to dissent and has enforced some hard-edged policies. For his part, Kagame has justified his behaviour by noting peace remains fragile and that unbridled freedom of expression could lead to another ethnic war. Despite these views, he and his government have continued to deny any role in attacks on opposition politicians and journalists.

However, as a result of the pressure on and violence towards anti-Kagame politicians, the US is beginning to squirm a bit. For example, three months ago, assistant secretary of state for Africa Johnnie Carson told Congress that the period before the election had been “riddled by a series of worrying actions” that included suspension of newspapers, arrest of an opposition leader, expulsion of a human rights researcher and barring opposition parties from the election.

And Carina Tertaskian, the Human Rights Watch researcher whom Rwanda expelled in April, described the situation saying, “A big reason for this is the international guilt for not being able to stop the genocide. That guilt has shaped Western policies towards Rwanda since the end of the genocide. As a result, the Rwandan government believes it can get away with what it is doing.” And, Paul Rusesabagina, the actual former hotel manager depicted in the film and who is credited with saving hundreds of ethnic Tutsis and Hutus in 1994, told the press, “American and British taxpayers are sponsoring an authoritarian regime, a dictatorship that has oppressed its own people. There is no need for elections. We already know the winners.”

As a result Rwandans don’t seem to have had much choice for their election. Two opposition parties were banned from participating and Andre Rwisereka, the deputy leader of one of the parties who was not allowed to participate in Monday’s election was brutally murdered last month. Police say this was a business dispute. And an American lawyer who was acting for a jailed opposition candidate was also arrested and later released.

Yet another Kagame critic, former army chief Faustin Kayumba Nyamwasa, was shot and wounded on 19 June in South Africa. A few days later, the deputy editor of an opposition newspaper, Jean-Leonard Rugambage, published an online article linking Rwandan intelligence agents to Kayumba’s attempted assassination. Reaction to this was quick. Rugambage was shot dead by a gunman in front of his Kigali house. The editor-in-chief, a man who himself had gone into exile in neighbouring Uganda, charged that Rugambage was killed because of that article.

The only other candidates still standing seem to have been people who had previously supported Kagame.  As a result, Kagame’s local and international political critics have labelled these alternatives as “sham candidates” whose real function was to give a democratic gloss on this election. Speaker of the country’s parliament and the candidate of the Social Democratic Party Jean Damascene Ntawukuriryayo was actually the only candidate to propose an alternative platform. Ntawukuriryayo focused on birth control policies and better health services. Kagame’s other two opponents pointed to their parties’ contributions to existing government policies – tactics that don’t seem to have been particularly recognised by the electorate.