SA media giants gear up for the social media war 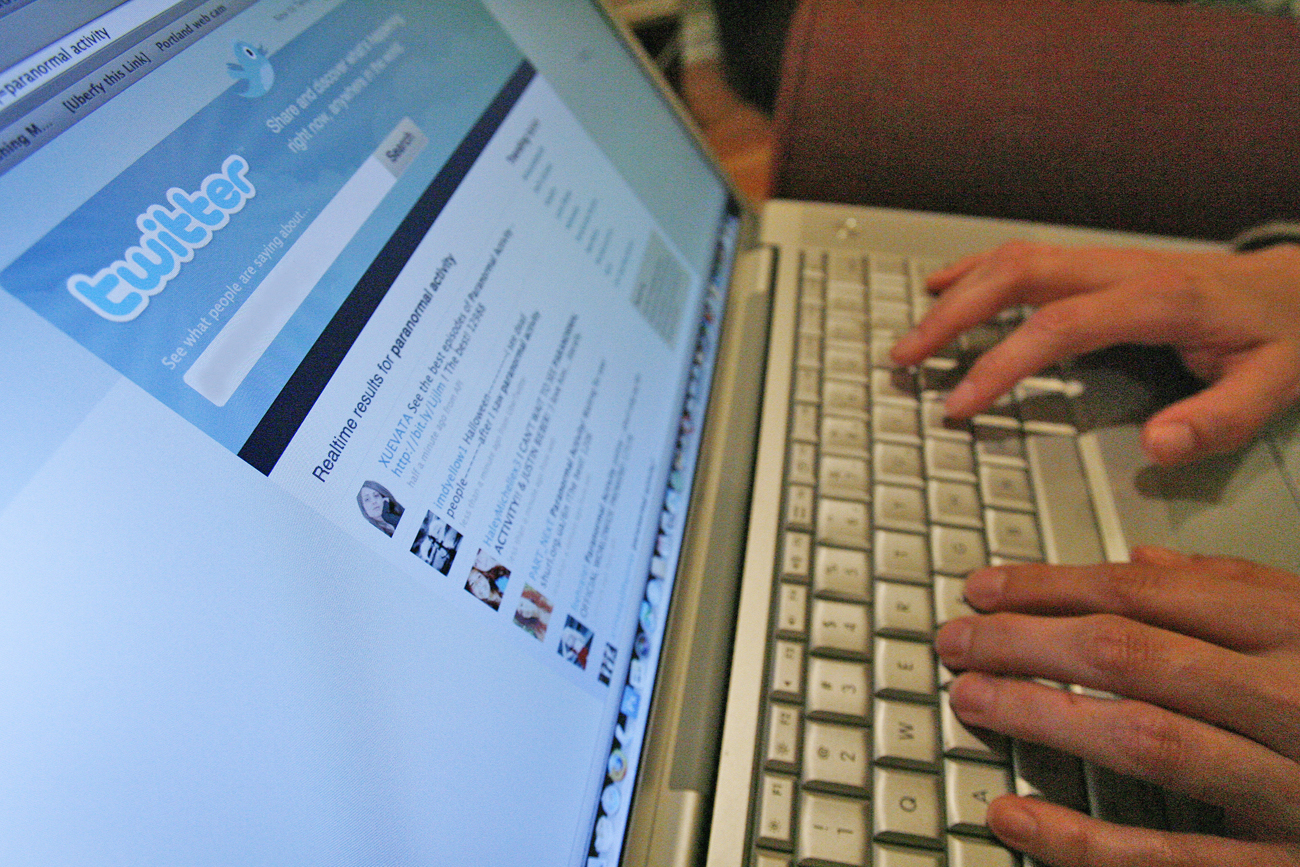 By bringing conversation into broadcast news models and new tools for collecting and distributing content, social media has emerged as journalism’s big game changer. The South African press has been relatively slow on the uptake, but that’s set to change as battle plans are being drawn.

The likes of Ushahidi and Wikileaks have shown the depth and degree of this change as some media brands have been brought to their knees while others used social media to flourish. From their side, not wanting to be outdone by Google, Facebook started showing the media some love by unveiling Facebook + Media which is designed to help journalists drive referral traffic and better utilise Facebook tools to promote media brands. Avusa is likely to integrate these tools into an advanced Facebook presence that has already been outsourced to Quirk e-marketing. Mail & Guardian is also working on a major new social media push it said will be “custom, focussed, goal driven and deeply integrated stuff”. Naspers’ Media24 is playing its cards a lot closer to its chest, but it’s likely, given the company’s Internet holdings in emerging economies, that there’s a lot they can learn offshore and integrate to offer advantage.

“At the moment our integrations are very shallow and tangential,” said M&G Online’s new digital platforms manager Alistair Fairweather. “We are using very few tools and really only dabbling. That will all change in the near future.” Fairweather says Facebook’s recent salvo was largely driven by self-interest. “I think Facebook only ever does what is good for Facebook. Luckily they are so enormous and have so much attention that media brands can position themselves downstream of them and mop up their overflow. I love the platform dearly, but there’s no social aim here – it’s cold hard business. They want our content to remain highly relevant and we want their audiences to stay afloat.”

Avusa’s Elan Lohmann is a little more bullish about Facebook’s intentions and what they mean for media brands. “I think it is a win-win scenario. Media owners should see Facebook as an opportunity and not a threat. It is a massive consumer channel that is yet another way to place content in front of a reader – as well as tap into the extreme viral power of the environment,” said Lohmann, GM of Avusa Media LIVE. “Facebook’s philosophy is that the updates about your friends is news. That is why they named their activity stream a “newsfeed”. Lohman said it was a natural progression to inject other forms of news into user streams and that Facebook-like Google is not trying to be content producers, but facilitating powerful distribution mechanisms that publishers should embrace. “I always believe you should fish where the fish are. There are now roughly 2.8 million people accessing Facebook from SA – which is a lot of fish.”

Like Mail & Guardian, Avusa has largely been experimenting to date, but would soon be bringing out bigger guns. “We are in the toe-dipping phase largely,” said Lohman, adding this was because of resource constraints and a focus on other areas. Avusa will be focusing heavily on Facebook because it believes Twitter’s local audience is negligible and that the big opportunity is with Mark Zuckerberg’s social utility. “We are also currently debating the merits of using the Facebook open ID login credentials to make comments on our sites. Our journalists also access social destinations as an important source of information on story subjects and developments. In short, we are pacing ourselves in the space, avoiding the hype and trying to make smart strategic decisions on where we spend our constrained time and money.” Bradley Voges, who manages social media for Media24, said Facebook and Twitter were strong tools for media brands owned by Naspers. “The two social media tools that are worth mentioning in this regard are Facebook connect and Twitter. Various (Media24) brands allow Facebook commenting and liking. They may also have a Facebook fan page that you can become a fan of,” said Voges, who is co-founder of Blueworld Communities, in which Naspers is strongly invested. “We are also looking at adding additional tabs to Facebook fan pages to better integrate content and features on their own websites.”

Voges said it is the engagement aspect of social networks that is changing journalism. “There is a lot more user engagement. This increases the importance and job scope of a community manager. Also there is an opportunity for news brands to crowd-source news content. CNN has embraced this in a big way. People are able to report newsworthy events, upload photos and video. They are also able to vote for news content they think should be featured.”

For Fairweather, the big changer is in the transformation of news from a broadcast to a conversational model. “I see social media as a utility – a carrier for a message and a platform for discussion. Journalists and journalism organisations are the filters of the universe. We still need those filters – in fact we need them more than ever.” Fairweather said that media brands are witnessing a shift from creation to curatorship with journalists positioning themselves at the centres of vast digital networks of influence and information and filtering that for their audiences. “That requires all the same discipline and professionalism as old-school journalism does. The tech is just a red herring. Citizen journalism isn’t going to suddenly replace that filter and that discipline. The disruption point is in the monetisation of that journalistic product – not the product itself. The disruption will resolve itself – partly through pain and destruction (venerable brands dying), and partly through joy and creation (new brands springing up).”

Social networks are much like a virtual water cooler chats, but on steroids, according to Lohman who said news and content are finding people, just as people are using social media to find news. “This means media brands need to capitalise on new distribution channels beyond the ones they own and control. They need to make sure they can offer services that play to the new rules of dissemination and accept that the concept of a destination online is being redefined. In my view, over time users will deliberately visit home pages less and less. Application-based environments such as those on the iPad and iPhone are accelerating this behaviour. Content, as a result, is becoming narrower and more specialised.” Lohman said the key to success with social media for news brands is to understand the sociology and what drives people before building product. “People share news because it elevates their status by being ‘in the know’. It also provides something – a social object – to talk about with other people.”

Mail & Guardian’s Fairweather believes that people aren’t seeking out content as actively as they used to, and that this change in online human behaviour will impact on media brands. “Heavy social media users don’t seek out as much content as they had in the past – the content comes to them and they implicitly and explicitly vet and rank it – re-tweeting is a great example of this.”

Fairweather said that for news and media brands this means it is becoming as important to have a decent social media footprint as it is to have a well-designed homepage. “Social media is a great multiplier and amplifier, but it also means that more and more of your audience will skip your front page and enter ‘sideways’ via a direct link. This fundamentally affects things like layout, navigation and business logic on article pages.”

Another big behavioural shift is driven by attention, or the lack of it. “A second effect is to exacerbate the tendency towards fragmentation of attention. People are more likely to visit a link because of who shares it, and less likely to do so because of where the link points. Given how ubiquitous link shortening is, you can’t even tell which site you are going to – so the power balance is shifting from organisations towards influential individuals.”

Voges said the big lesson to be learnt was from crowd-sourcing utility Ushahidi, which is now being used to good effect by news media as distribution. “Information is distributed between people faster and more efficiently than via traditional distribution channels. News brands should engage with their audience and allow them to contribute content relevant to the specific brand.”

The new world of journalism has clearly opened up a world of applications for journalists, but Lohman said the old rules apply, perhaps more strongly than before. “Exciting times for new age journalists… On the plus side information is more abundant and quicker to access than ever before if you use the right tools. A potential negative is that it’s easy to fall into the trap of lazy journalism. The standard of journalism in SA is bad enough as it is. The same rules apply. Journalists need to verify facts and have credible sources. But the tools can definitely provide good leads and keep the guys up to date as well as help them research and make contact with sources or story subjects.”