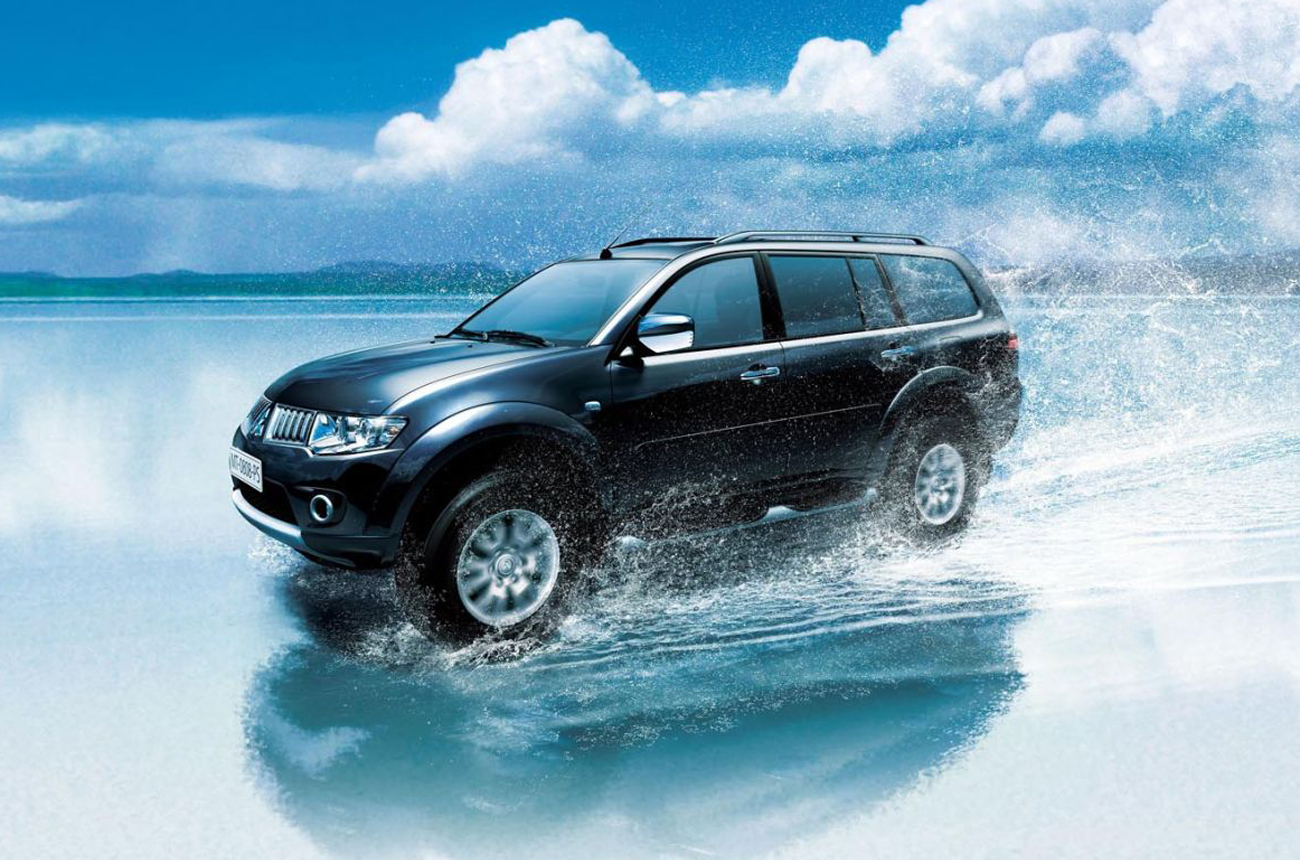 The Mitsubishi and Pajero brands are synonymous with excellent all-terrain performance. After all, Pajeros dominated the gruelling Dakar rally for many years, until VW’s Touareg broke up the Mitsubishi party. The Pajero Sport, however, is not a true member of the Pajero clan – even though it’s a competent all-roader in most respects

There’s no doubt that, in motoring terms, South Africa is 4×4 country. All-terrain vehicles, off-road bakkies and sports utility vehicles account for a big slice of the new vehicle market, and owning a go-anywhere machine is almost a South African tradition.

That’s not surprising, considering just how much scope this country, and the rest of Africa, for that matter, offers those behind the wheel of an all-terrainer. All of which means there should be strong demand for a vehicle such as the Mitsubishi Pajero Sport. It may be called the Pajero Sport, but the nomenclature is actually a little misleading. The Sport’s lineage has less to do with Mitsubishi’s premium-positioned Pajero off-road vehicle range, and more with the rather more utilitarian Triton bakkie line-up on which it is largely based.

In fact, its most direct competition is the Toyota Fortuner, which is a spin-off of the Hilux bakkie, and the Ford Everest, which uses the Ranger pick-up as its starting point. These vehicles are all aimed at offering much of the premium SUV experience in terms of space, luxury, dynamics and off-road capability, but in a package that is substantially more affordable.

The Pajero Sport may use the Triton one-ton bakkie platform as its starting point, but it is a lot more attractive. Yes, the front-end treatment is similar, underscoring the Mitsubishi family heritage. But instead of the bakkie’s strange, inverted waistline, the Sport looks solid and more conventional, thanks to a tidy, functional, estate-like rear. The front scuff plate adds a further touch of off-road boldness, but the alloy-look mirror housings and fog lamp surrounds, as well as the comprehensive colour coding, are more urban cowboy than go-anywhere explorer. The same goes for the roof rails and the bee-sting aerial.

Given the muscular bulk of the Pajero Sport, the 16-inch wheels appear too small, but the generous profile of the 265/70 tyres benefits both on-road comfort and off-road performance. Talking of which, the side steps are nicely integrated into the overall styling, but are likely to snag obstacles during serious off-road driving.

There’s nothing utilitarian about the Pajero Sport’s cabin, either. In fact, the list of comfort and convenient items will rival that of most luxury limousines. That also goes for the space on offer – both front and middle row occupants have plenty of leg- and headroom. And the finishes – including leather upholstery, soft-touch trim and metallic surfaces – look and feel upmarket too. Not surprisingly, the equipment list is extensive. Remote central locking, climate control, an integrated sound system with MP3 capability, electric control for the seats, mirrors and windows, cruise control and a multifunction steering wheel are all standard.  ABS brakes with EBD and EBA are also included, as are dual front airbags.

The Pajero Sport is a so-called 5+2 seater, which means the rear bench seat is augmented by two fold-flat third-row seats. Even stowed away, their presence compromises cargo space, and when erected, they’re really only good enough for youngsters – and then only over short distances.

Frankly, we’d prefer to make do without the extra two seats in favour the extra cargo space. There’s only one Pajero Sport model on offer locally, and it’s powered by Mitsubishi’s well-proven 3,2-litre D-ID direct-injection turbodiesel engine. The four-cylinder is good for 120kW and 343Nm, and delivers more than enough shove and twist, regardless of driving conditions.

Perhaps more disappointing is the automatic gearbox, which is only a four-speed unit at a time when five-speed transmissions are considered the minimum standard. It does the engine no favours, because the gaps between ratios are too big and the shifts are tardy and tentative.

There’s also a transfer case with shift-on-the-fly capability, allowing on-the-move changes between rear-wheel and four-wheel drive. It also offers a low-range gear set and a rear diff lock for when the going gets really tough. The 215mm ground clearance is adequate, but not enough for serious bundu bashing.

That said, the Pajero Sport isn’t scared of tackling the rough stuff. In 4×4 low range, there’s plenty of grunt to get up steep inclines, even on loose surfaces, and the approach and departure angles are adequate too. The independent suspension, with front wishbones and a three-link rear configuration, offers decent ride comfort too. It’s certainly a lot better than you’d expect of a vehicle with bakkie roots.

By comparison, the on-road performance is compromised by the auto gearbox, which tends to hunt between ratios and struggles to keep the engine on song. It’s at its best on the open road, where the Pajero becomes a comfortable cruiser that covers ground effortlessly.

Our test consumption in mixed conditions came to around 12,8 litres/100km, but highway driving should reduce that to around 10,7 litres/100km, suggesting a cruising range of about 650km from the 70-litre fuel tank. The zero to 100km/h sprint time requires about 15 seconds, and top speed is an ample 178km/h – much more than can be used legally anyway.