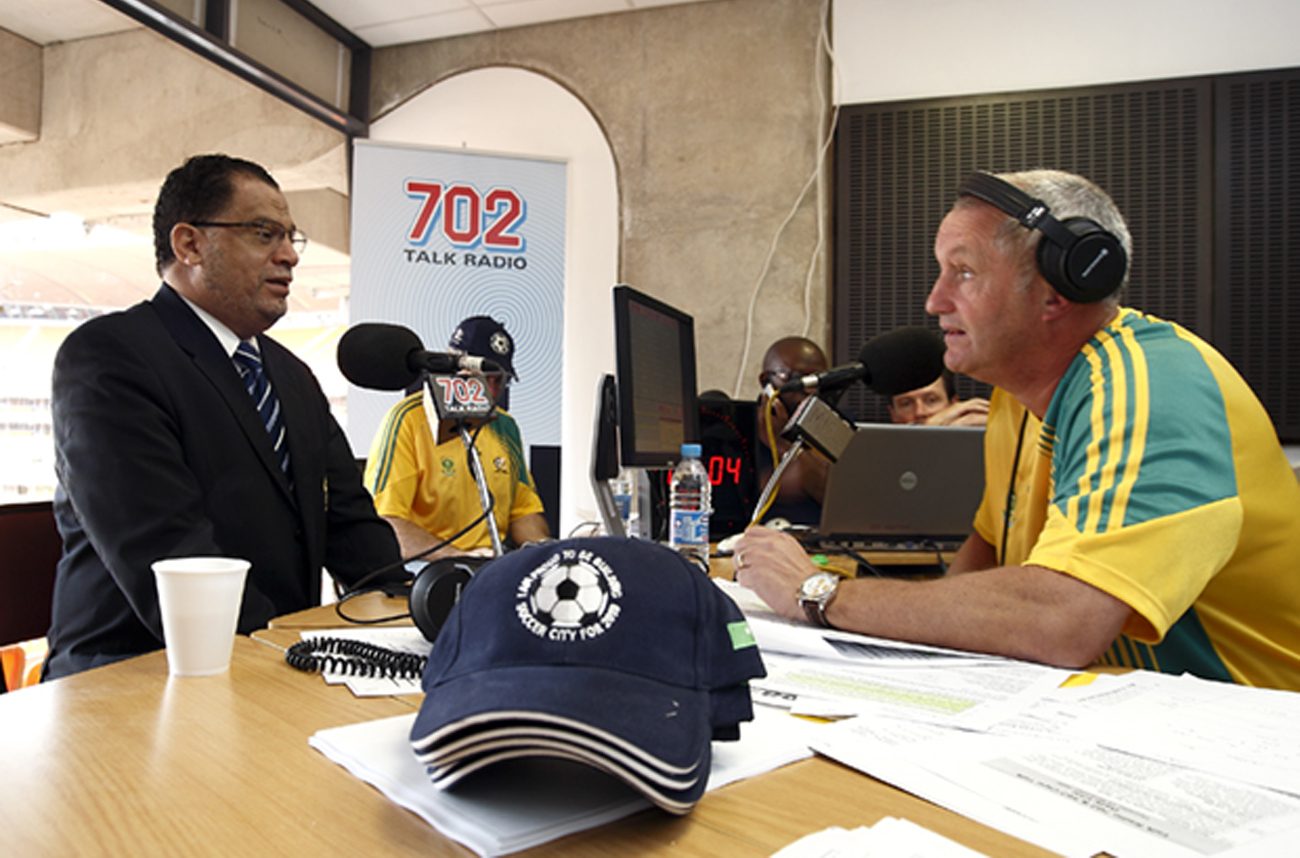 More than 20 years ago, when 702 made a risky switch to all-talk format, it was unheard of in South Africa. Some media pundits predicted the station wouldn’t survive. They said it again after 1994 and told 702 that to survive it would have to become a “black station”. Needless to say, 702’s having the last laugh.

“I was told 10 years ago that 702 would have to become a black radio station with black presenters to survive,” says 702 Talk Radio afternoon drive-time presenter David O’ Sullivan. “The logic was that black listeners would only listen to black presenters talking about black issues. But that’s been disproved when you look at the audience we have, which is 60% black. We have so many black callers phoning in now that a former colleague of mine, Neil Johnson, asked, ‘Do you have a policy to only take black callers?’ To which I answered, ‘No. That’s all we’ve got’. What matters is that we’re talking about issues that affect listeners, issues that are relevant regardless of race.”

After reinventing itself five years ago, 702 has hit its stride with a balance of programming that mixes hard-core news with lighter programming and good news stories. The focus is strongly parochial, focusing on “backyard issues” that affect the their Gauteng-based listenership. “People clamour for news of what is happening in their back yards. International news doesn’t matter that much to our regular listeners, it’s more about what’s scaring people locally and making them uneasy,” says O’ Sullivan. “People want a reassuring pat on the back and for us to say: ‘There, there. It’s all right. Julius Malema may be scaring the living shit out of you, but everything will be all right.’ People really need us to reassure them.”

702 experienced a similar growth surge in the early 1990s before the election when South Africa experienced one of its worst periods of uncertainty. However, the station couldn’t convert this into sustained growth and came out flailing. They’ve clearly learnt from the experience by creating a sense of involved community with their audience. People are increasingly tuning into 702 to get more than just the news, but to get the reassurance that despite all the bad news, life in South Africa is actually quite good.

Adopting a paternal role in South Africa’s frenetic news environment has done well for 702. “We’ve recently experienced very good growth and are glad to see that sustained,” says chief operations officer of Primedia Broadcasting, Ryan Till. “Audience growth is an important barometer in our business, however, it’s quite unusual to see this kind of growth in a station that’s now 30 years old. It means that we’re keeping tuned to the audience, and that we’re relevant to our target market.” Till says that in the world of radio it can take as long as five years for a new position to fully take hold.

But don’t be misled that 702 is all about the listeners. Commercial radio lives on advertising, and a good-sized, influential listenership is the direct route to advertising revenues. “We say we’re in the business of delivering prospects to advertisers,” says Till, who hastens to add the usual spin that 702 is also about making a difference in the lives of listeners. 702 undoubtedly makes a difference to people’s lives, but the alpha and omega of the business is advertising.

Like its listeners, the local advertising community concurs that 702 has it. Mike Nussey, head of media buying company Mediaedge:cia has been a listener since launch and believes that 702 has currently has the best on air talent in the likes of David O’ Sullivan, Jenny Crwys-Williams and John Robbie.

“From a strategic perspective, Terry Volkwyn has really got it right,” says Nussey. “702 offers a distinct target audience which is what marketers look for. People who are regular listeners are interested in opinion and are very active. If they’re not dialling in or tweeting, they’re blogging. This makes for rich, involved and topical content together with active listeners.” Most media have peaks and troughs, and 702 has gone through its fair share, but Nussey says the current format has been sharpened, and this what is responsible for driving growth. “Talk radio requires careful programming. When it is overtly negative or when you get the balance wrong you can easily lose audience. 702 has a tight and clearly defined strategy with a good mix of programming and from an advertising perspective they’ve certainly got things right.”

News drives radio listenership and South Africa has gone through a high news period, but 702’s sustained growth speaks to a measured balance and the role the station is playing in people’s lives. Good business radio 702 definitely is, make no mistake. This was confirmed when 702 dominated the awards at MTN’s inaugural Radio Awards recently.

And even when listeners are tempted to throw their radios at the nearest wall when some of the more aggressive ads are on, the truth is that by being so much more than just a radio station, 702 has built a great bond with its listeners. A bond which, by all appearances, will serve them well for years to come.