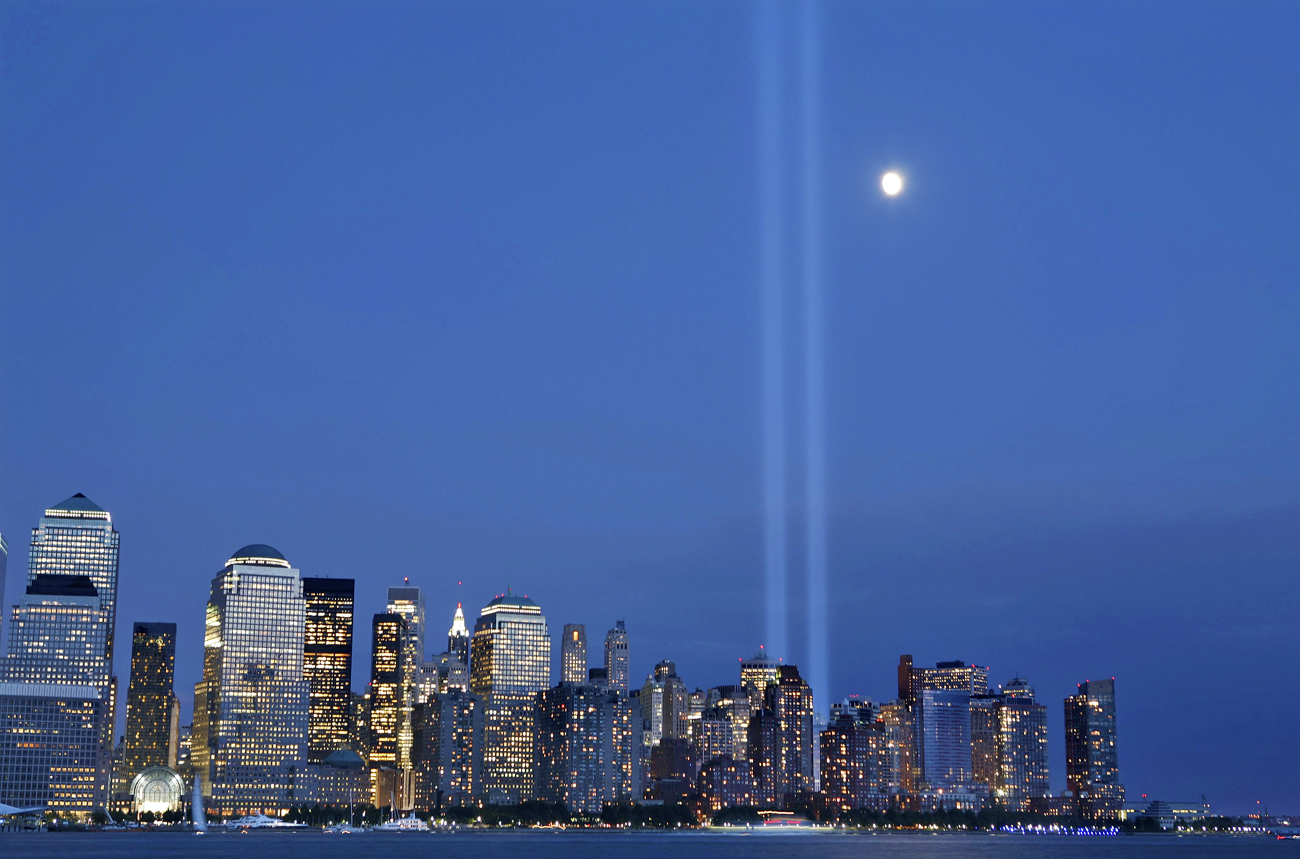 In three years time, Ground Zero in New York will boast a brand-new skyscraper, which will be the tallest building in America and a clear message to the perpetrators of 9/11. The building’s most famous tenant might just be the publishers of Vogue, Vanity Fair and the New Yorker.

On a spring morning in April 2006, the heavy machinery finally rolled onto Ground Zero in downtown Manhattan to begin construction on what was then to be known as Freedom Tower. It was an emotional moment for New York City, around four-and-a-half years since the 9/11 attacks, and the event – inevitably and, perhaps, correctly – was being couched in terms of a victory for the civilised world. “It is going to be a symbol of our freedom and independence,” Governor George Pataki said to the applauding crowd, while behind him workers in hard hats emblazoned with the American flag began their day.

Controversy had dogged the mooted construction of a new skyscraper at the site since the plan was announced, including accusations of cronyism against Pataki – he had allegedly used his influence to bag the winning architect’s bid for a friend. The design of the building, too, was contested. A movement, still extant, was established to rebuild the original Twin Towers, and when the blueprints were unveiled for the 541.3-metre single tower there were critics aplenty:  some suggested that the building, with its fortified base, reflected a sense of fear rather than freedom – leading them to dub it Fear Tower – while leading architecture commentator Nicolai Ourousoff called the base decorations a “grotesque attempt to hide its underlying paranoia.”

But the more pressing concern of the Port Authority of New York and New Jersey, which owns the land, was that Larry Silverstein, the property developer who holds the lease, would not have the financial resources to complete the US$2.1-billion project. Ultimately, in mid-April 2006, Silverstein agreed to surrender control of the skyscraper and a second building in exchange for the rights to build three further office buildings at Ground Zero, which meant that development of Freedom Tower could go ahead.

Four years later, with the date for completion fast approaching – the opening is set for early 2013 – what the Port Authority needs to do is fill the building. The only tenants so far, according to the New York Times, are government offices and a Chinese real estate firm. But now, apparently, publishing giant Conde Nast, the home of Vanity Fair, New Yorker and Vogue, are also interested in space at the newly-named 1 World Trade Center.

As the Times reported on Thursday: “According to real estate executives who spoke on the condition of anonymity because the talks were secret, the publisher would take up as much as one million square feet in what is planned to be the country’s tallest office tower, a symbolic 1,776 feet.”

Symbolic why? It took me a while too: the height reflects the year of American independence. Cool.

And cool, also, for lower Manhattan should Conde Nast decide to move in. “It’s the perfect place for them,” Elizabeth H. Berger, president of the Alliance for Downtown New York, told the Times. “The lunch crowd will be very well dressed. And where else can you go to Tiffany and Century 21 on your lunch hour?”

Clearly intent on making the best use of her media time, she added: “Lower Manhattan is increasingly a place where progressive, interesting companies want to be. They’d do for us what Condé Nast did for Times Square when they built their current building.”

The current Conde Nast building, a 48-storey masterpiece designed by the architects Fox & Fowle, excels, according to Herbert Muschamp, “as a piece of urban theater, with a cluster of neon signs at the base and an eruption of high technology hardware popping out of the top.” Completed in 1999, it is also the first project of its size to boast environmentally responsible features throughout, such as gas-fired absorption chillers and super-efficient recycling systems.

State-of-the-art as their home is, though, Conde Nast outgrew it a few years ago: the 800,000 square feet it occupies at 4 Times Square has had to be supplemented by floor-space in buildings around Manhattan.

Is there an underlying message here for media in general? Are magazines on the comeback? Hardly. Conde Nast had to close down Gourmet, the “Vogue of the fine dining industry,” during the recession. Its executives even had to forego the use of town cars, and now take cabs or the subway to meetings like everyone else in New York media.

Rather, the message in the 1 World Trade Center rumours, if it can be said that there is one, is that Conde Nast are shrewdly working the New York real estate market: sometimes the rumour of a move turns out to be true, and sometimes, notes the New York Times, “[the company uses] the alternative as a cudgel to get a better deal from their current landlord.”