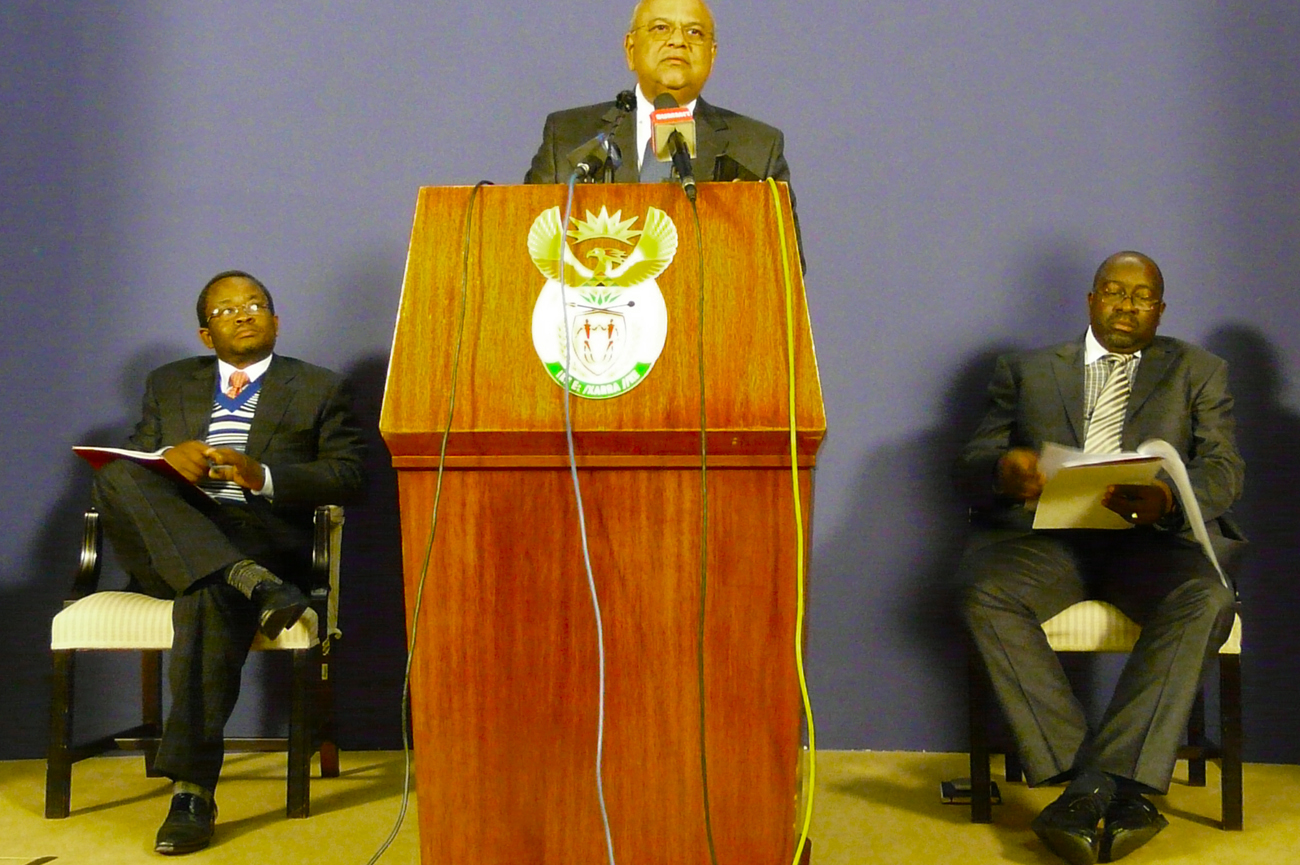 A small (and decidedly fringy) group of Reserve Bank shareholders has been making trouble for the government, with a view to profit. Thanks, said finance minister Pravin Gordhan on Monday. That's all the excuse we needed. Here's a proposed new law that will wipe out your influence and share value. Have a nice day.

The lesson here is pretty straight-forward: You don’t mess with the Gordhan. He messes right back, and he’s nastier than you are.

Pravin Gordhan on Monday released an amendment to the law under which the SA Reserve Bank operates, a bill now approved by Cabinet and due before Parliament within weeks. The changes are pretty simple, mostly introducing corporate governance rules that are par for the course in private business. There is just one new wrinkle: Anyone who owns more than 10,000 shares in the bank, or controls more than that through a network of influence, has to disclose that. Furthermore, they may be forced to part with those shares and can’t vote on more than 10,000 regardless.

That really screws with Michael Duerr, a shareholder most famous for livening up a Reserve Bank AGM with an impromptu display of bare feet in 2009. He was at the head of a group of shareholders, who claimed to represent nearly 13% of voting in the bank, and who demanded an extraordinary meeting of shareholders and restrictions on what the Bank could say about the issue of nationalising it.

Some investors, Gordhan said without naming any, are trying to manipulate voting at the bank in search of profit, and perhaps even to award themselves a share of the reserves it holds. Asked whether the new rules would destroy the value of SARB shares, which trade considerably above their par value over the counter, Gordhan was quite offhand about it.

And that is not on. In a display of callousness that stopped barely short of righteous satisfaction. “That’s why we have a market. Let the market decide.”

Gordhan wouldn’t talk about the technicalities of detecting backroom agreements between shareholders, or possible penalties should they fail to disclose the existence of a voting bloc. But, if this bill is held up, say because of shareholder claims that the new restrictions amount to partial expropriation, the issue may become academic anyway. Gordhan says a review of the structure of the Reserve Bank, including its strange hybrid control structure, will be conducted shortly. He refused to pre-empt the outcome of that review, but if private shareholding of the SARB survives, it would be a miracle on the order of the loaves and the fishes.

In what smells of an opportunistic backdoor clause, the amendment also addresses the makeup of Reserve Bank directors. Previously, four of the directors had to be “actively and primarily engaged in commerce or finance”. That number has been reduced to two, and the requirement softened to “knowledge and skill”, which covers a heck of a lot of ground.

The amendments are due to be gazetted this week, written comments are due by 17 May and public hearings should follow later in the month.