01 April: Apple’s iPad goes on sale in US over the weekend 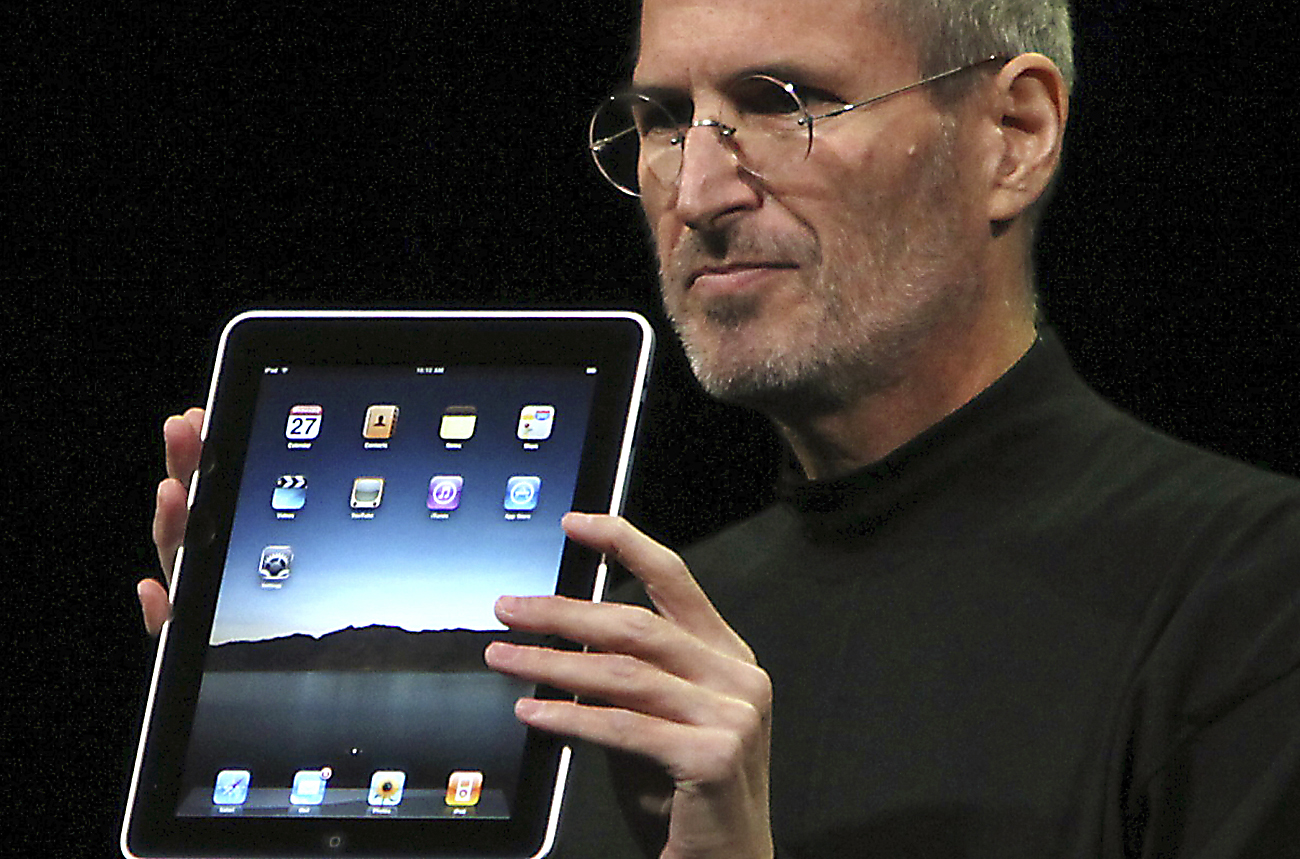 Apple’s iPad goes on sale in US over the weekend

Apple is betting that consumers are finally ready for tablet computers, even if they have to do without some features such as a camera, support for Flash video, or being able to run multiple programs at once. But some analysts say to get consumers to part with $500 is a big leap of faith on Apple’s part, as it’s a whole lot of cash when it comes to a product that computer users aren’t sure they need. Sure, touch-screens let users surf the Web, read e-books, watch videos and play games, but research shows tablets currently account for less than 1 % of the personal computer market. The iPad maybe has potential as a laptop replacement, even if it lacks certain desirable features; reviewers have largely been kind so far, with some saying it’s a better e-reader than Amazon’s Kindle, and is fun, simple, stunning to look at and blazingly fast. Will that turn into appreciable sales? Only time will tell, but our prediction is that it will be a major success.

Stocks in places such as Nigeria are beating their larger market peers by the most in almost five years. The MSCI Frontier Markets Index rose 11% so far this year, outpacing the MSCI Emerging Markets Index by 9%. Bloomberg says this is the widest gap since the second quarter of 2005, so while shares from Ukraine to Kenya to Vietnam are trading at a 29% discount to countries such as Brazil, Russia, India and China, when gauged by average net assets, so-called frontier markets are outperforming even as their earnings forecasts are seen to trail those in the BRIC nations. But Singapore-based Templeton Asset Management says these estimates ignore the boost to profits from rising commodities and consumer demand in the smaller markets, making them among the world’s best “contrarian” bets. It’s only an opinion, but if the herd follows, expect a rush of cash into new frontiers in these troubled times. People like Whitey Basson are already there.

The US mortgage support programme ends

The Federal Reserve’s $1.25 trillion buyout of mortgage-backed securities held in gigantic mortgage-finance companies Fannie Mae and Freddie Mac has come to a long-anticipated end. It was the largest federal intervention in the aftermath of the October 2008 global markets crash, and has been credited with holding US mortgage rates at near-record lows and slowing the decline in the nation’s home prices. Sales of sub-prime mortgages by Wall Street and affiliates were the straw that broke the camel’s back and brought the house down. Since then, demand for mortgage bonds had been frozen, with government taking over Fannie Mae and Freddie Mac, and ending the deflationary spiral and mortgage foreclosures. It’s now seen as the single most important move by government to stabilise the economy and to prevent a further downward trend amidst the Great Recession.

The New Zealand dollar fell after the International Monetary Fund said the currency was overvalued, while Australia’s dollar slid from its strongest level since January against the yen after the country’s trade deficit widened more than expected on declining coal sales. That may change if Australia’s central bank raises its key interest rate next week. A weak currency’s good for exporters, but doesn’t give the short-term returns that currency markets want. So capital inflows suffer, and economic growth slows down.

US investment firm Starwood Capital Group has raised about $2.8 billion for two private funds that’ll invest in real estate and other distressed debt, including hotels. The group previously raised about $10 billion for other investments, meaning there’s appetite for bringing bankrupt firms back into the light as the US commercial real estate market reels from a 40% drop in value from its 2007 peak.  Property analysts say Starwood is one of a few such companies that have been able to put money to work in the past few months. Whether that means green shoots are showing in the moribund US property market is a bet for investors, but it’s the early birds that get the worms.

Geithner talks up America’s manufacturing ahead of China currency vote

US Treasury Secretary Timothy Geithner visited a specialist Pittsburgh metals factory to talk up American manufacturing ahead of a key decision on China’s currency policy. Geithner’s trying to show that US manufacturing remains strong, despite a steady loss of production abroad. The loss of US manufacturing jobs is central to whether the Treasury Department labels China’s a currency manipulator on April 15, for its policy of pegging the value of its yuan currency at an estimated 25% to 40% discount to the US dollar, giving Chinese goods an advantage in global markets. Americans see this as costing US jobs at a time when unemployment is about 10%. Allegheny Technologies, which Geithner visited, produces high-tech titanium, zirconium and stainless steel for aircraft frames, jet engines and other industrial uses, enabling it to remain profitable through the economic downturn. The Obama administration wants to keep these technology firms at home, to play a critical role spurring economic recovery and long-term prosperity. Much of that hinges on whether China will raise its exchange rate in the near-term. Expect tensions to rise.