What do Nashi, JuJu and Floyd have in common?

What do Nashi, JuJu and Floyd have in common? 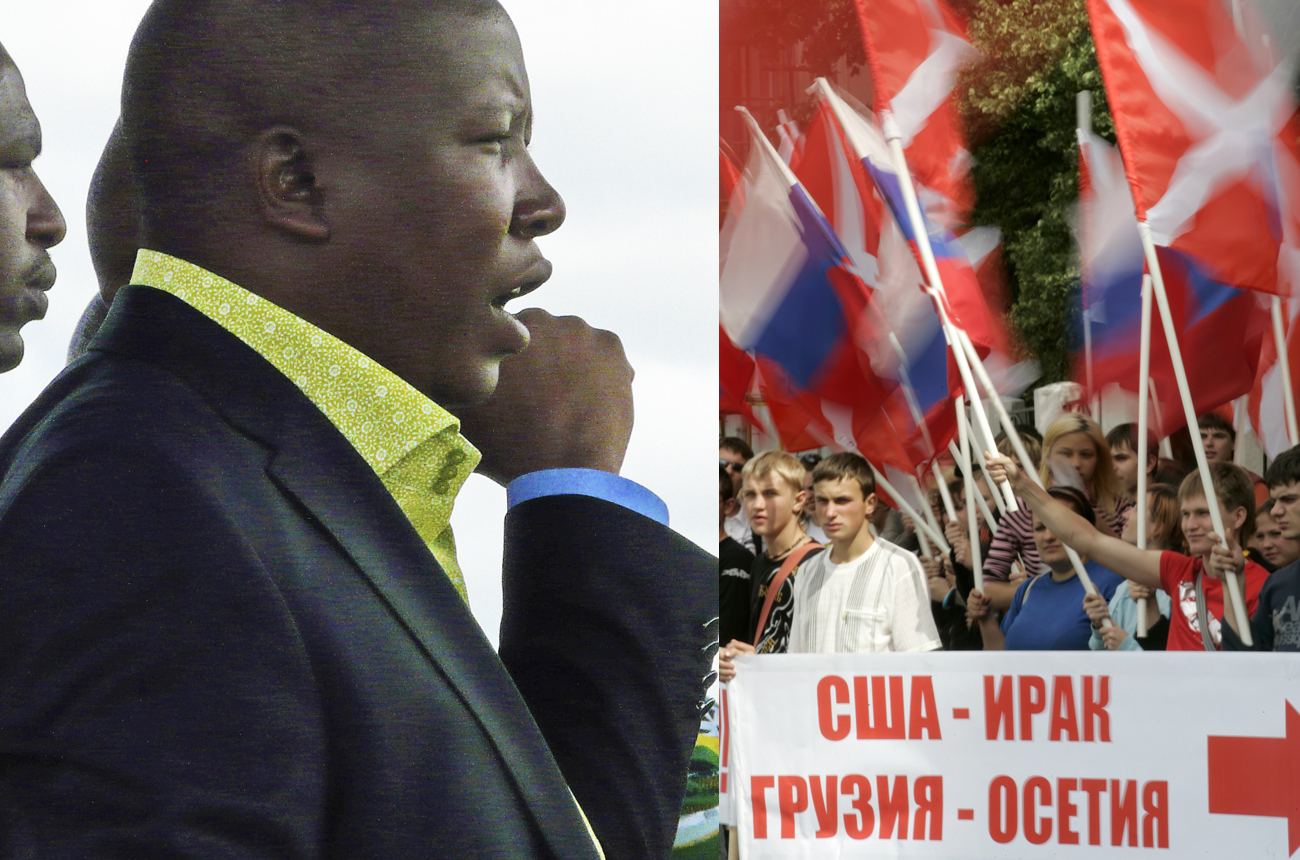 No, it’s not a cheap joke. Okay, maybe it is, but then we’ll let you come up with the punchline. Below, for your enjoyment, the parallels between a pro-government Russian youth movement known as Nashi and our very own ANC Youth League.

We hate to be giving JuJu and Floyd ideas, but we think it should be pointed out that they’re not the only ones intent on destroying the reputations of journalists. In the last week, reports have surfaced that Newsweek Russia editor Mikhail Fishman has been caught on tape in compromising positions with a white powder that looks suspiciously like cocaine and a white woman that looks suspiciously like a prostitute. Has The Daily Maverick seen the tape? Yes, we have – it’s like all up on the interwebs and stuff; anyone can check it. Is Fishman doing what they say he’s done? Um, ja, if that’s not blow than we’ve never watched an episode of NYPD Blue before. Still, the half-dressed babe on the couch could be anyone, and just because her face has been obscured doesn’t mean she was paid to sleep with Fishman, or to frame him.

Except that The Daily Beast’s Michael Idov, Tina Brown’s go-to-guy for all things Russian, reckons there are two explanations behind the video – and both involve a framing. Option one is that the woman was paid and the video set up by the Kremlin, because the unspoken pact between them and the liberals – you don’t develop political aspirations, and we let you write your little articles – has broken down. Then there’s option two, which Idov prefers, if for no other reason than option one would be something to celebrate (and thus highly implausible).

“The other possibility is that the smear campaign is the handiwork of an off-the-script underling. (This happens quite a bit in the modern Russia: Most of the censorship on television, for example, is born not of direct orders from above but of various flunkies’ blind guesses as to what would please their bosses in the Kremlin.) In this case, Nashi – the pro-government youth ‘movement’ that the administration uses to beef up headcounts at various rallies and to sic on the occasional dissident – would be a prime candidate. The organisation is just useless enough, and its members just dumb enough, to concoct something like this. Sadly for Russia, this version appears far more realistic.”

If the above doesn’t sound familiar to you, today must be your first day on the South African Internet, so a hearty welcome!

Allow us, as a symbol of our profound joy in having you here, to draw the parallels. Off-the-script underling: the local equivalents would be ANC Youth League leader Julius Malema (JuJu) and his spokesperson Floyd Shivambu (no pet name yet, suggestions welcome). Nashi, the pro-government youth movement: that would be the Youth League itself (which, like its Russian counterpart, has been known to lend its services to the parent body for head-count and intimidation purposes). The organisation useless and dumb enough to frame journalists: please follow the link below (‘‘Blog campaign against ANCYL’s media threats goes viral”) for more.

Okay, that last one may be a little unfair. It takes dedication and planning to frame a journalist.

Photo: Reuters and The Daily Maverick