12 March: Warren Buffett could have saved Lehman, but t...

12 March: Warren Buffett could have saved Lehman, but they didn’t really ask 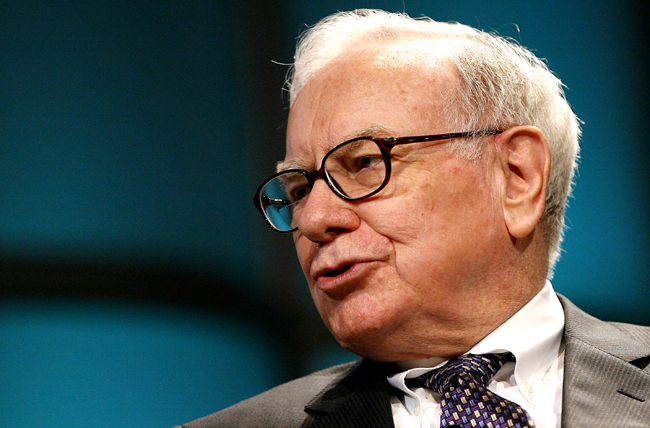 Warren Buffett could have saved Lehman, but they didn’t really ask

According to reports, a court-appointed examiner found that by not helping Lehman Brothers, Warren Buffett contributed to Lehman’s bankruptcy and the global financial crisis. The Sage of Omaha runs Berkshire Hathaway, one of the most famous investment portfolios in the world. But in 2008, when Lehman was toppling, precipitating the crisis on Wall Street and around the world, Buffet felt Lehman wasn’t sincere or forthcoming enough to warrant his help. The examiner also found that on numerous occasions when Lehman executives could have sought Buffet’s help, they abandoned the process, leading to the largest bankruptcy in US history. Photo: Reuters.

China’s snapped back at comments by US President Barack Obama that Beijing should adopt a market-oriented exchange rate policy that allows the rest of the world to sell more goods to China. The Chinese are very sensitive on this issue, as it enables them to have huge trade surpluses with rich nations, while growing their economy at around 10% year. China’s central bank says Obama is politicising the issue. That’s a pretty inane comment, considering that the world’s biggest trade imbalance is between the US and China. It’s bound to anger the Americans even more that the Chinese say Obama wants them to solve America’s problems. The Chinese continue to behave as if they don’t belong to the market, despite having the world’s fastest growing economy. And as with human rights, they say they don’t agree with externalising the yuan exchange rate issue, as China’s currency is an internal matter.

Forbes counts Chinese as No. 2 for billionaires

Forbes says China now has more billionaires than any country besides the US, after a total of 64 mainland Chinese (and another 25 in Hong Kong) made the annual list. China’s economic growth has been booming for some 30 years now, and the country’s set to overtake Japan as the world’s second-biggest economy later this year. Forbes says the world now has 1,011 billionaires, with 403 of them in the US. Forbes made 97 new additions to this year’s list, and 27 of those are from mainland China. These include Li Shufu, Chairman of Geely, a car-maker that’s trying to take Volvo off General Motor’s hands.  The richest man in China runs the Wahaha Group, which makes cooldrinks. Doesn’t that make you want to laugh and cry?

Democratic Senate banking committee Chairman Christopher Dodd says he will introduce a bill next week that will reform the US financial regulatory system, and good luck to the Republicans. He’ll continue bipartisan talks, but he’s putting pressure on GOP senators by creating a sense of urgency and forcing the debate into the open, ahead of the Easter recess. Republicans oppose key elements of the bill, such as new protections for consumers. So, now they’ll have to make their opinions known to the world at large, and this could help move the process forward. The Democrats and their conservative foes haven’t been able to reach agreement over numerous issues, including the extent of the Federal Reserve’s power over banks, and new legislation that would allow government to wind down big and troubled financial firms without cost to taxpayers. Dodd’s strategy risks alienating Republican senators who might be willing to support a deal. Democrats control 59 votes in the Senate, and 60 votes are needed to overcome a Republican filibuster.

Air China, the biggest of China’s three major airlines, including China Southern Airlines and China Eastern Airlines, says it will use the proceeds of a new share issue for working capital and to lower debt. It’s about to raise some $950 million, days after China Southern said it would issue $1.6 billion of shares to repay debt. As the world economy recovers and passengers and cargo return to China’s domestic and regional flights, carriers are keen to tap the market to reduce debt, and fund fleet expansion to stave off competition. Air China and China Southern plan to sell the new shares to a handful of private investors, including their state-owned holding companies.

There’s nothing like the lure of easy money to get consumers spending again, so by offering zero-percent financing and other incentives, Toyota’s US car sales surged nearly 50% in the first weeks of March compared with the same period a year ago. The battered car maker has also seen its US retail market share come bounding back. In early March it leapt to 16.8%, from 12.8% a month earlier. But one analyst reckons the world’s largest vehicle maker is picking low-hanging fruit, as the data only covers eight days. That means that its new incentives are a bargain basement for many people wanting cars, but that its crucial segment of middle- and high-end buyers make up the rest of the tree – and that’s pretty bare of both fruit and leaves. Meanwhile, preliminary reports show US traffic deaths in 2009 to be at their lowest level since the mid-1950s. The country’s Transportation Department says it expects the fatality count to drop 8.9%. Regulators at the National Highway Traffic Safety Administration reckon the decline is due to better enforcement and consumer education over drunk and distracted (read cellphones and fancy in-car music sets) driving. But the Great Recession would have also likely played a role, with statistics showing overall driving down year-on-year.