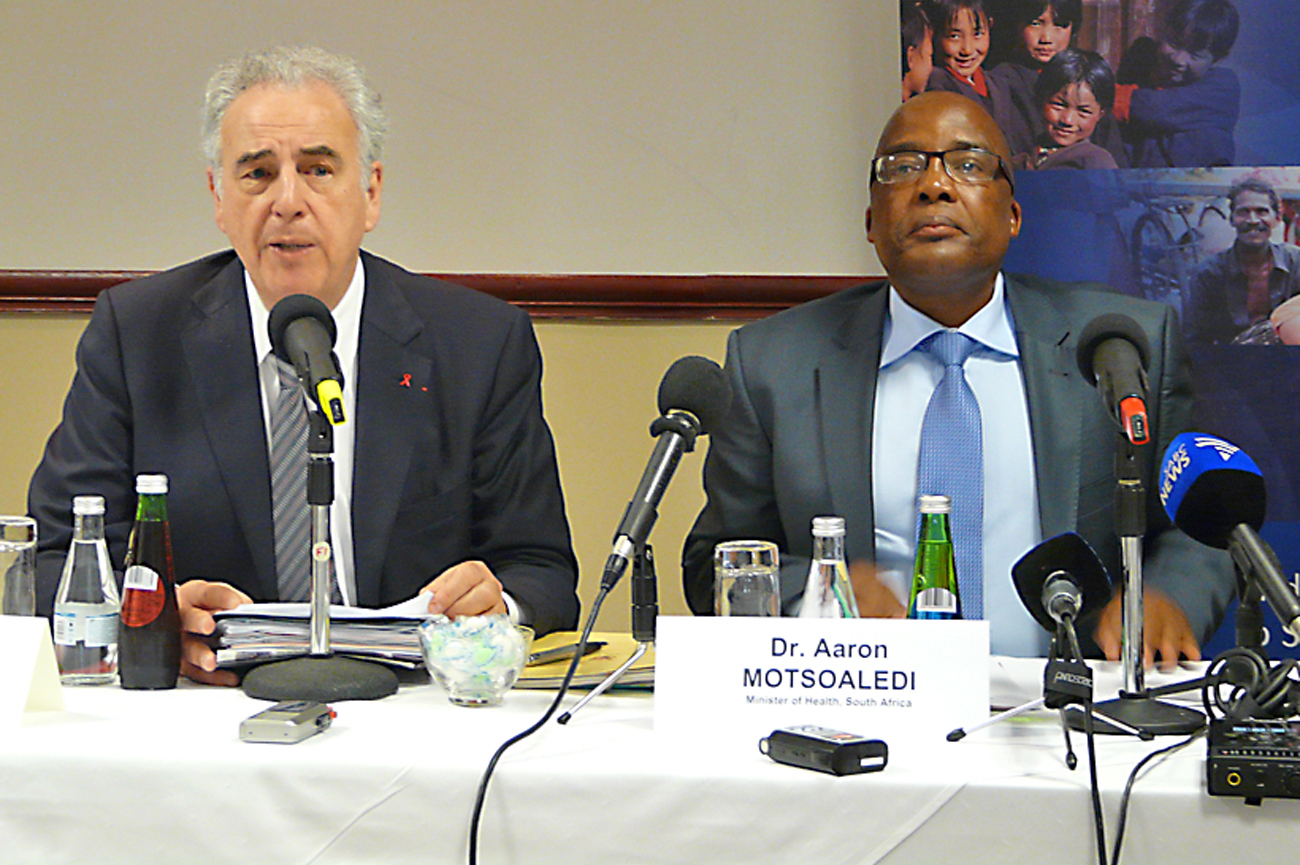 Just weeks away from a conference where it will ask for $20 billion over three years – twice the record amount ever raised for health – the Global Fund to Fight Aids, Tuberculosis and Malaria launched a report trumpeting its recent successes. The world is on the brink of eliminating mother-to-child HIV transmission, beating malaria (on a public health scale) and containing drug-resistant TB, it says. All it needs is a flood of money, in the middle of a fiscal drought.

For a minimum of $13 billion, and a maximum of $20 billion, the world can end the outrage of mother-to-child HIV infections, the Global Fund says, and rectify some of the imbalances in mortality rates between the third world – and Africa especially – and rich countries. That’s the amount of money it will be asking for, in the next couple of weeks, for grants in the three years starting 2011. From countries like the United States, where legislators are getting militant and any spending outside the country, or countries like South Africa, where budget deficits have suddenly ballooned over the last two years.

If it raised $20 billion, it will be double the largest health war chest ever amassed – a record held by the Fund itself, which it achieved during its previous round of fundraising in 2007; the world was in the midst of a tremendous economic boom.

In the run-up to crucial funding conferences the Fund is largely steering clear of fear mongering and focussing on its successes: the number of poor people who need anti-retrovirals and don’t have access has reduced to just over half, Aids mortality rates have plummeted in many countries. But the underlaying message is abundantly clear. If the world fails to continue funding at current levels or better, the opportunity to wipe out malaria and create an HIV-free generation will be lost.

South Africa has been a major recipient of grants from the fund over the last 10 years. It contributed $10.1 million as a donor, health minister Aaron Motsoaledi said, while $271 million was allocated to SA in turn. Of that, $97.2 million was spent on HIV projects and $87.2 million on TB projects. By comparison the TB spending in China, with its giant population and growing drug-resistant TB problem, received only $165.5 million over the same period.

Ensuring an expansion on those kind of numbers is a moral imperative, executive director of the fund Michel Kazatchkine said. “If we continue scaling up we should be able to come close to, to reach, or maybe even exceed some of the health-related [Millennium Development Goals],” he said in reference to the much-mocked ambitions, set out in 2000, to cure the world of all its ills.

That is the carrot. This is the stick. “Every time we put two people on treatment we have five new infections,” said under-secretary of the United Nations, Michel Sibidé. “The risk is that … drugs will not be available and people will stop treatment. We know that six months later we’ll see people dying.”