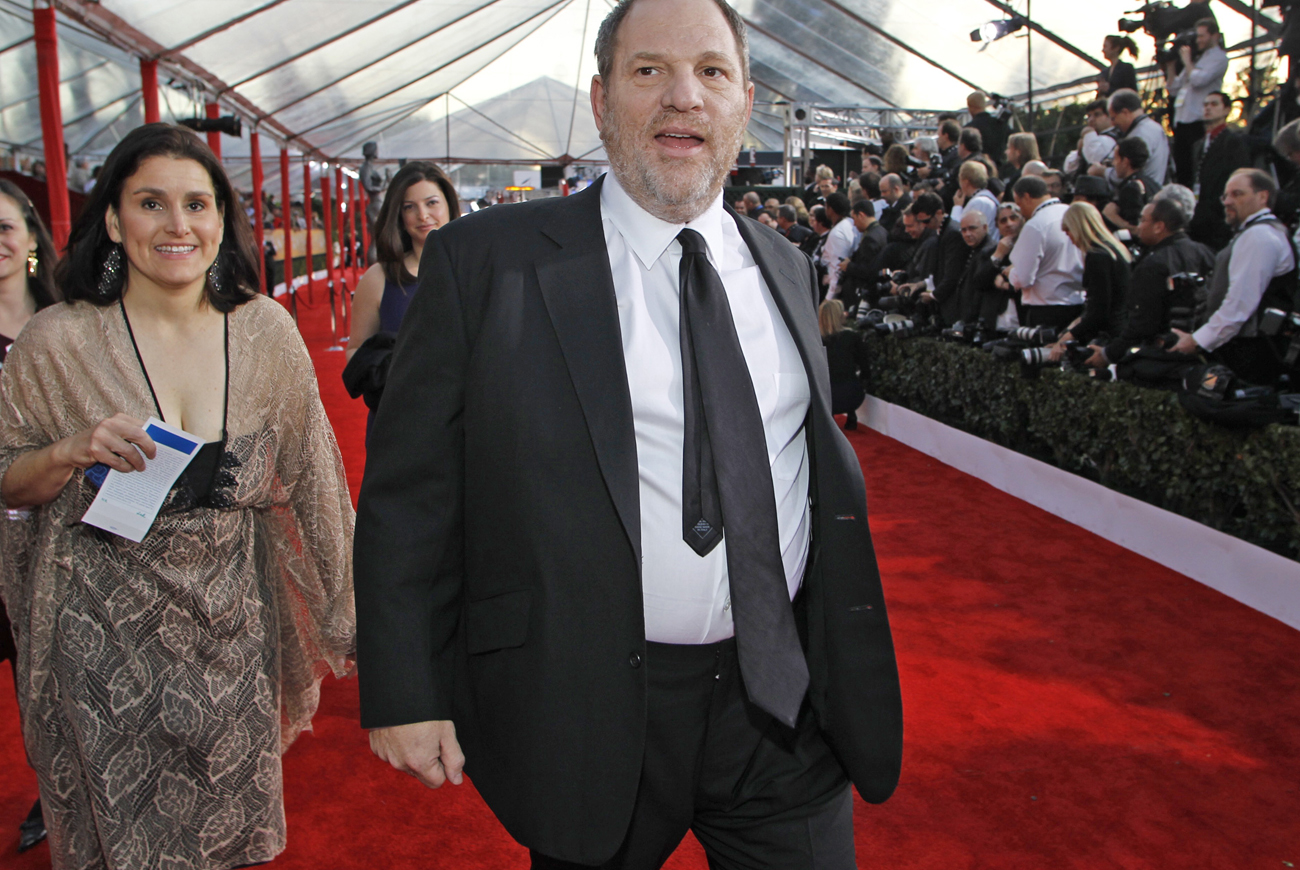 The makers of hit HBO series Entourage seem to have gotten away with lampooning Harvey Weinstein in a legendary 2007 episode entitled "Sorry, Harvey". But can a small-time Canadian filmmaker get away with an unauthorised documentary on the most intimidating producer in Hollywood?

Since the first season aired on HBO in the United States in 2004, the producers of the wildly successful TV series Entourage have managed to lure a long list of artists, athletes, directors and musicians onto the show. Season one saw the appearance, as themselves, of Scarlett Johansson, Luke Wilson, Lennox Lewis and Corrie Sanders. A year later, Hugh Hefner and U2 accepted invitations to appear, and James Cameron made a cameo twice. In season three, Cameron appeared again, along with actor James Wood and revered American basketball coach Bob “The General” Knight. Then, from season four (2007) through season six (2009), things got really serious: amongs others, there were walk-on parts for Dennis Hopper, Snoop Dogg, Peter Jackson, Kanye West, Phil Mickelson, Michael Phelps, Martin Scorsese, Jay Leno, 50 Cent, Matt Damon and (again) Bono.

According to rumour, when Time Warner CEO Jeff Bewkes asked mogul film producer Harvey Weinstein to appear on the show, the answer was a curt “Fuck you!” Unconfirmed or not, the story’s believable for three reasons. First, because Weinstein never did grace the set of Entourage. Second, because New Yorker writer Ken Auletta once wrote the following about Weinstein in a lengthy profile: “[Even] if he had reached a truce with Disney, it no longer seemed possible for him to arrange a truce with the rest of Hollywood; the fights, the shouting, the interference, the physical intimidation – all of it was catching up with him.” And third, because in a 2007 episode of Entourage entitled “Sorry, Harvey,” the actor Maury Chaykin plays one Harvey Weingard, a top-tier movie producer who gets his way by threatening everybody.

No-one who saw the episode was in any doubt as to who Weingard really was, which was why it was one of Entourage’s best ever. And the reaction of Weinstein himself, through a spokeswoman to Variety magazine, was textbook passive-aggressive: “He thinks Entourage is a fun and entertaining show.”

Three years later, responding to a request for comment from the New York Times, a very similar one-liner would emerge from Harvey Weinstein’s office, although this time he would enjoin his brother Bob: “The Weinsteins are aware of the documentary and think that Mr. Avrich is a great filmmaker.” In other words, Mr. Avrich, Harvey Weinstein will do everything in his power to make sure you never work in the movie business again.

As a documentarian, Barry Avrich made his name as the writer and director of 2005’s The Last Mogul, a no-punches-pulled portrait of Hollywood heavy Lew Wasserman. Brave as Avrich was to take on the project – mafia connections and dirty backroom deals were an integral part of the script – at the time Wasserman had been dead  for three years. Avrich’s latest endeavour, an unauthorised biopic of Harvey Weinstein, is an entirely different kettle of fish.

According to the New York Times, Avrich circulated a proposal to American film distributors that declared: “There are those that say making a documentary film on Harvey Weinstein is career suicide or, in fact, personally dangerous. Others have warned me that Harvey will never allow the film to get distribution.”

In the event, although Avrich has secured funding for the documentary from a Canadian television network, no US distributors have yet signed on. Has Harvey strong-armed them? The New York Times is too polite to say. But back in 2002, in that profile by Auletta, the New Yorker was less circumspect: “Weinstein doesn’t hesitate to go over the heads of reporters who write about him. Last year, when David Carr was doing a profile of him for New York, he repeatedly got in touch with executives at Primedia, the magazine’s owner, and with Caroline Miller, the editor, hoping to tone the piece down. He tries to treat profiles, including this one, as if they were a Miramax movie and he were the producer.”

A documentary is different to a magazine article, of course – Weinstein has far more influence over the former’s power structures than the latter’s; even if he did once launch his own magazine (Talk) and install a famous editor (Tina Brown) at the helm. Still, the point stands. Harvey Weinstein is not to be messed with, under any circumstances, for any reason, by anyone whatsoever.

Except try telling that to Mark Wahlberg, executive producer of Entourage, a show that’s gotten huger despite – and to a certain extent because of – Weinstein’s enmity. Avrich, you can bet, will be hoping for the same sort of mojo.