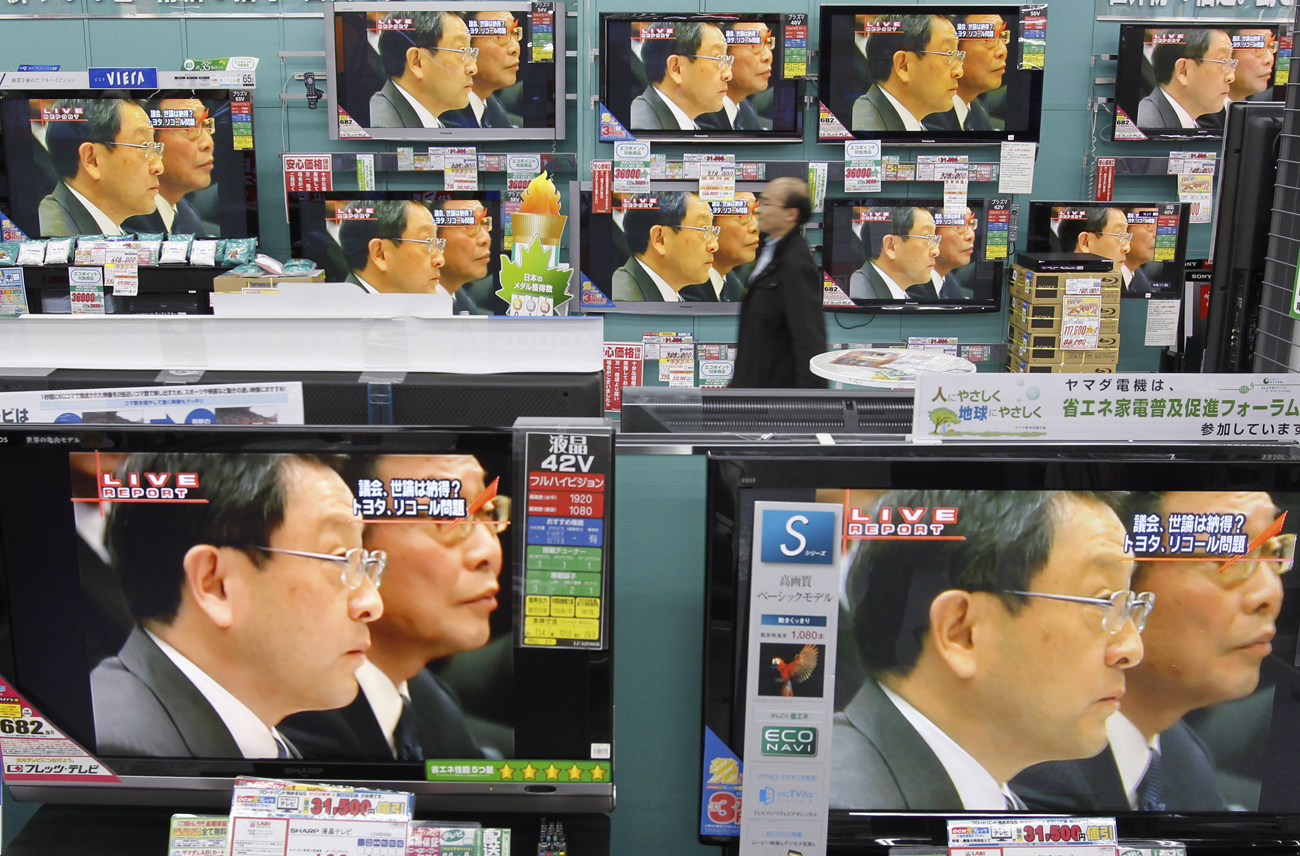 Grandson of Toyota founder Kiichiro Toyoda, Akio Toyoda, apologised to Americans saying he was deeply sorry for any accidents Toyota drivers had on US roads. The company’s safety problems are being linked to 34 deaths now under scrutiny by US lawmakers.

Toyoda was sworn in before the House committee on oversight and government reform in Washington on Wednesday to give an unprecedented mea culpa over problems that forced the world’s largest car maker to recall some 8.5 million vehicles globally. Dressed in a sombre pinstriped suit, the heir to the Toyota dynasty said his name was on every car and safety was his overriding concern.

Toyoda is sold as Toyota in global markets for an abundance of reasons, not least that founder Kiichiro Toyoda wanted to make a distinction between his private life and that of his company, and that the name Toyota is associated with luck in Japanese script.

Toyoda spoke in English before using a translator to answer questions.

Toyoda acknowledged that the company’s quality standards had slipped during a period of fast growth over the last 10 years, promising reforms that will increase attention to safety and a faster response to consumer complaints.

He accepted full responsibility for the problems and promised his managers would actively take part in fixing them: “I will ensure that members of the management team actually drive the cars and that they check for themselves where the problem lies as well as its severity,” he said.

And he had plenty of reason to be apologetic: sitting next to him, chief operating officer for North America, Yoshimi Inaba, admitted Toyota had been aware of issues with sticking pedals in Europe for a year before accidents happened in the US.

Even after the faulty pedals were reported in Britain and Ireland late in 2008, Toyota said nothing, but quietly implemented the design changes by August 2009.

“We did not hide it,” Inaba said. “But it was not properly shared. We need to do a much better job sharing what we knew in Europe with the US to see if there is any danger to American consumers.”

Inaba claimed the information was contained in a company database, but the problem was that it could only be found if a staff member, with proper access, knew where to look. You, dear reader, are forgiven if this sounds unbelievably shoddy, because it was. In South Africa, there was similar treatment of an incident with collapsing steering column on the Auris model, with information made available only on the company’s internal bulletin board.

Democratic congressman Paul Kanjorski warned Toyoda that his company would be liable for deaths and injuries as lawsuits in the US mount. The lawmakers also dressed down Toyota for boasting it saved $100 million by limiting a 2007 recall of cars with dubious floor-mats by negotiating with American vehicle safety regulators.

There’s lots of resentment, anger and blame all round that encompasses negligent and woefully under-resourced US traffic safety regulators, Toyota’s US pedal-maker CTS, and even lawmakers themselves, who seem to have let their guard down during the rich and profligate years that preceded the Great Recession.

Toyota’s management philosophy originated the “Lean Manufacturing” and “Just In Time” production methods, as part of a business orientation known collectively as the “Toyota Way”. This expresses two essential values – Respect for People and Continuous Improvement.

Somewhere, somehow, someone or something drove that pledge off the cliff.