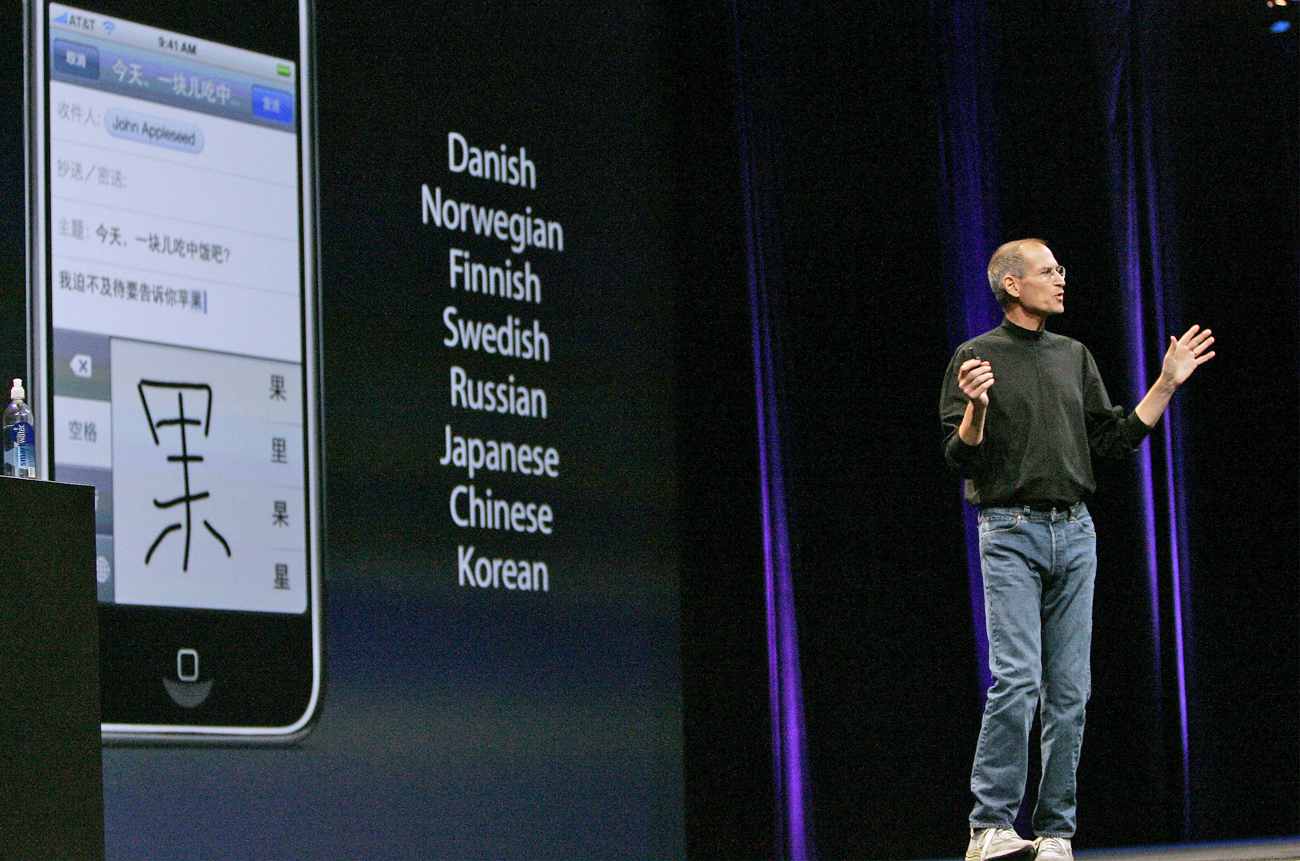 Apple’s gone sour over third-party apps for its iPhone that show photos of women in bikinis and lingerie. Predictably, the developers are unhappy over the move, because these programs have been raking in the cash. One such app called Dirty Fingers, showing a woman in a bikini cleaning glass, was removed from Apple’s App Store. But the company’s kept on a Sports Illustrated program, making developers wonder what criteria fuel Apple’s screening process. Competitors such as Google take a more hands-off approach, but Apple says it’s responding to complaints from App Store users, many of them women and parents, adding that many developers were now producing highly-objectionable content. That’s an interesting trend in wireless marketing, and many consumers and developers will be waiting to see where the middle ground lies. Service providers who lock down so-called adult content behind some form of anonymous identity check may soon have Apple changing its tune. Photo: Reuters.

Buffett outperforms everyone else, again

Warren Buffett’s Berkshire Hathaway is in better shape than it’s been since 2008, as investors defied downgrades of the iconic firm and pushed down the cost of default swaps. Fast-returning stock markets in the final nine months of 2009 upped Berkshire’s results, after the company recovered from a $1.5 billion loss in the first quarter of 2009, raising Berkshire’s stock portfolio to more than $55 billion. Buffet’s taken some bets on the future direction of world equity markets and investors in debt securities seem to like it. Berkshire’s backbone business is insurance, but it recently got into the municipal bonds market and has done swimmingly.

The US energy department is testing the water for solar energy by giving a “conditional” $1.4 billion loan guarantee to set-up a Mojave Desert facility that could produce as much as 392 megawatts of electricity. The money comes from the Obama administration’s economic stimulus bill adopted last year, as part of a jobs programme and a desire to forge a clean-energy future. Project developer BrightSource says the initial development will employ about 1,000 people, but operation of the plant will provide only 86 permanent jobs. The project has already been scaled back because environmental groups say it’ll impact rare animal species in the area. You can’t please all of the people all of the time, despite the good intentions, and the energy department is now up against the interior department’s bureau of land management.

Tokyo is the world’s most expensive office market again

Tokyo’s now more expensive than Hong Kong as an office location, despite rentals for prime office buildings falling 21% to $163.90 a square foot last year. That’s a staggering amount if you need 2,000-plus square feet, and that’s presumably a fraction of what most multinationals want. Leasing office space in Hong Kong dropped by 35% after cash-strapped tenants moved away from the city centre during the Great Recession. Japan’s economy expanded at an annual 4.6% last quarter, so the cost of rentals will soon rise further unless there’s another big collapse in store for the world economy. As they say in the property business, it’s an up-and-down market.

American banks get heavy with consumers, may pay for it

Most people will be familiar with the bumph from banks offering cheaper loans or all-you-can-eat funeral policies, but US lender Chase has been sending nasty letters to consumers telling them if they overdraw their debit card accounts, even emergency funds won’t be authorised after mid-August 2010. Barack Obama’s government is trying to cut aggressive bank charges, but the industry is fighting back by devising new ways to keep charging billions of dollars in penalties. They’ve started a blitz on hard-pressed consumers in the face of some new laws that don’t allow them to charge penalties without an account-holder’s consent. Bankers aren’t popular in the US and Europe right now (or most other places), so their increasingly rough handling of customers to protect their battered revenue flows won’t help their reputations.

Wal-Mart’s readying a solution for those whose pricey high-definition televisions don’t connect to the Internet. Market statistics suggest that fewer than 5% of HDTVs sold in the US last year can pull down movies and TV shows over the Web. But home-entertainment is set to climb a notch after Wal-Mart said it will buy Silicon Valley start-up Vudu, which provides online movie services embedded in an increasing number of TV sets and Blu-ray players. The deal’s said to be worth some $100 million, so there’re some new multimillionaires in town. Best Buy, Amazon.com and Comcast, among others, also thought of buying Vudu, but now there’s a new player in the market.