Zetsche to remain CEO of Daimler

Zetsche to remain CEO of Daimler 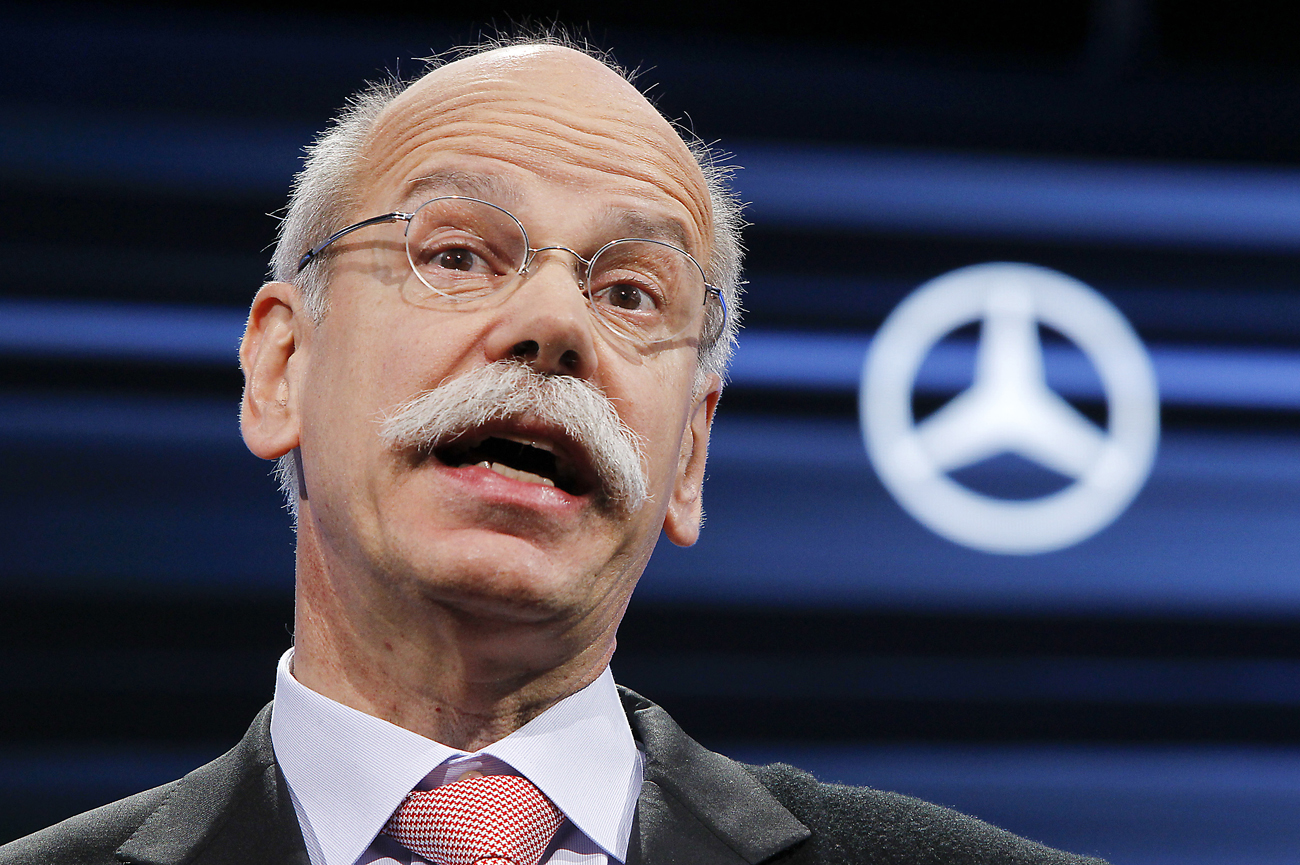 Zetsche to remains CEO of Daimler

Mercedes-maker Daimler is keeping its chief executive, Dieter Zetsche, for another three years. Zetsche replaced Jürgen Schrempp in early 2006, restoring the polish of the Mercedes brand, which was tarnished over quality issues. He also helped divorce the German car maker from a nine-year $36 billion deal with Chrysler, the company he lead himself for a while, selling off some 80% of the American manufacturer to private equity group Cerberus Capital Management in 2007. By returning Daimler’s core focus, the group was able to concentrate on its luxury Mercedes brand and its truck business. So, Zetsche remains in demand. Photo: Reuters

Better not think about giving up work just yet, that is if you’re nearly an American pensioner. US states face a shortfall of a $1 trillion in their pensions and retirement benefits funds, and the number is quickly ticking up, according to a study by the non-profit Pew Center. President Obama’s own state, Illinois is worst off, with only 54% of the state’s pension obligations are funded for the 2008 fiscal year. What’s worse, the study doesn’t cover the final six months of calendar 2008, which saw markets crash and wipe-out many funds’ investment portfolios. In other words, it could be much worse than it is. But the pension funds have long been badly managed, and states haven’t saved for a rainy day.

The 400 richest US households made an average $350 million each in 2007, or a total of $138 billion, up 31% from a year before. The old adage of the rich getting richer and the poor getting poorer, whatever the economic circumstances, seems borne out in US Internal Revenue Service figures. The IRS says average income for top earners more than doubled from 2001, when Congress adopted tax cuts under George W Bush that saw the richest 400 pay an average of 16.6% tax, the lowest since data tracking started in 1992. That’s half the 29.4% national average in 1993, when the Clinton administration increased taxes. When adjusted for inflation, the top 400 saw their average income rise nearly five times from 14 years earlier. That just goes to show how true the old adage is.

New Zealand’s consumer confidence dropped in February, despite hitting a three-year high in January, with the flip-flop indicating that Kiwi consumers are confident about the future, but still feel strapped by their current plight. Unemployment’s still rising, and house prices are still falling, showing economic growth is likely to be moderate in 2010, after the country’s worst recession in 30 years. Analysts reckon this will force the central bank to keep benchmark rates unchanged at a record 2.5% low for months to come. Joblessness is at a 10-year high of 7.3%, and consumers say they’re worse off than a year ago, and don’t expect to be better off in a year’s time. But they still appear to be broadly optimistic according to the arcane rules of measurement.

Merkel gets headache from Greek debt

She’s doesn’t have children of her own, but Angela Merkel is called “Mom” by her closest allies among Germany’s Christian Democrats, for governing cautiously and pragmatically from the centre-right. Germany’s fairly unique in that big business, unions and government generally pull together in a stable political environment that helps make it the world’s second-largest exporter. But the spectre of Greek debt has disrupted the smooth sailing of the ship of state, as Europe’s biggest economy is now in the front seat in the drive to save Greece from defaulting on $270 billion that it owes. While it looks after the euro, the European Central Bank in Frankfurt doesn’t control the national budgets of member nations, so Greece’s 12.7% annual budget deficit — way above the 3% of gross domestic product allowed by the EU – is proving to be a headache for Merkel. She’ll soon need “mother’s little helpers”.

New Zealand’s biggest telephone company, Telecom, joined China Unicom in Hong Kong in saying it wasn’t part of a syndicate that ostensibly bid $2.5 billion for Nigerian Telecommunications, also known as Nitel. This contradicts a Nigerian government statement on the matter, and makes one wonder if the absence of Nigerian President Umaru Yar’Adua, who’s in a Saudi Arabian hospital with heart problems, really has sunk the country’s appalling bureaucracy. China Unicom, China’s second-largest cellphone firm, was said by Nigerian authorities to have been part of the New Generation Telecom consortium, along with Dubai’s Minerva Group and Nigeria’s GiCell Wireless, as the preferred bidder for Nitel. Telecom was said to be the “technical partner” in the group. Nigeria’s Bureau of Public Enterprises has made no comment. That may be because calling Nigeria by phone is a lottery on any given day, as technical problems abound. Hello, anybody home?

Australian flag carrier Qantas will scrap first-class on most of its routes, including to Johannesburg (sorry, high-flyers), after a slump in demand for champagne- and roses-style flying led to a 72% drop in first-half profit. The airline’s net profit was a paltry $52 million in the six months ended in December, way below analysts’ estimates. So, now, Qantas will soon begin a $360 million upgrade of aircraft, after its business customers shifted to cheaper seats, or its budget airline Jetstar, which almost tripled profits. Qantas forecasts another $360 million in annual pre-tax earnings, which also trails market expectations of some $480 million.