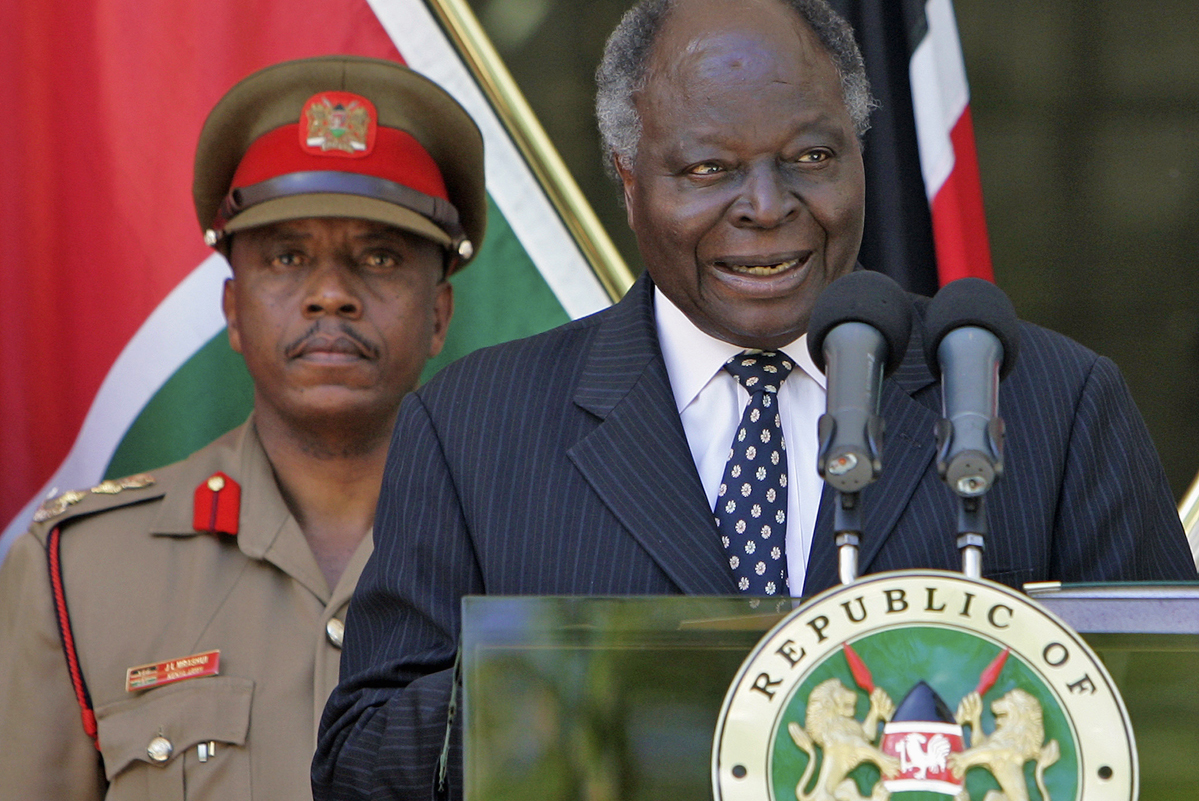 Kenyan President Mwai Kibaki has revoked Prime Minister Raila Odinga’s suspension of two government ministers over corruption allegations. That should drive an even bigger wedge between the two main parties in the country’s so-called unity government, formed after violent 2007 elections saw the deaths of some 1,300 people. The agriculture and education ministers were suspended by Odinga during fraud investigations into missing funds. An audit showed some $26 million was diverted in a maize scandal, and more than $1 million stolen in an education scam. Kibaki says Odinga didn’t have the authority to suspend the officials in the first place. Both denied any wrongdoing. It seems that under the unity government, endemic corruption and personal favour still rule Kenyan politics.

Zimbabwe’s Movement for Democratic Change, tired of the political impasse in the country’s so-called unity government, is now saying new elections may be the only way to end the deadlock. That’ll set off another round of harassment of MDC members by President Robert Mugabe’s Zanu-PF, which is doing everything it can to kill the spirit of the Global Political Agreement. There’s little movement on the MDC’s demands that officials appointed by Mugabe, such as the attorney general and central bank governor, be replaced. And while MDC treasurer Roy Bennett remains on trial for his life on terrorism charges – a case in which police are said to have used torture against a key witness – the impasse is set to continue.

Ivory Coast’s President Laurent Gbagbo dissolved the nation’s government and electoral commission, which means an election delayed since 2005 is even less likely to occur. A new administration is now in the process of being formed by Prime Minister Guillaume Soro. Gbagbo accused the electoral commission of fraudulently trying to add more than 400,000 people to the electoral roll, but opposition groups say he’s trying to neutralise voters in the north of the country, who were unlikely to support him. Ivory Coast is riven with ethnic hatreds, which saw the nation split during a 2002/3 civil war into Gbagbo’s southern constituency and a largely-Muslim north. The president says the director of the election commission, Robert Beugre Mambe, was running an “illegal operation”. But really it’s because he’s a member of an opposition party. Expect violence.

The Court of Arbitration for Sport, a Fifa-sanctioned body headed by the president of the Togolese Bar Association, says it will decide whether Togo’s soccer team can be included in this week’s draw for the 2012 Africa Cup of Nations qualifying campaign.  This follows the Confederation of African Football booting the team out of this year’s Cup in Angola, after Cabindan separatists killed members of the Togo touring party in an attack on their bus. CAF said the Togo government’s withdrawal of the team for three days of national mourning amounted to government interference in football. Now, the court has asked CAF for a written report on its position on Togo’s request to put any sanctions on hold while the case is heard. There’s much more politicking to come.

Egypt has begun the trials of 25 men suspected of forming an Islamist militant group and murdering four Coptic Christians. The prosecutor says the Christians died during a robbery on their shops which was aimed at funding Islamist attacks in future. Egyptian authorities fear that al-Qaeda-inspired militants could infiltrate from Yemen and Gaza to train Egyptian rebels. The state has long feared Islamist groups, after former President Anwar Sadat was assassinated in 1981, and jihadists conducted attacks on tourists and threatened shipping in the Suez Canal. Two of the men on trial are Palestinians, charged with training Egyptians and smuggling weapons through tunnels on the Egyptian border with Gaza.