Tiger: how far has the giant fallen?

Tiger: how far has the giant fallen? 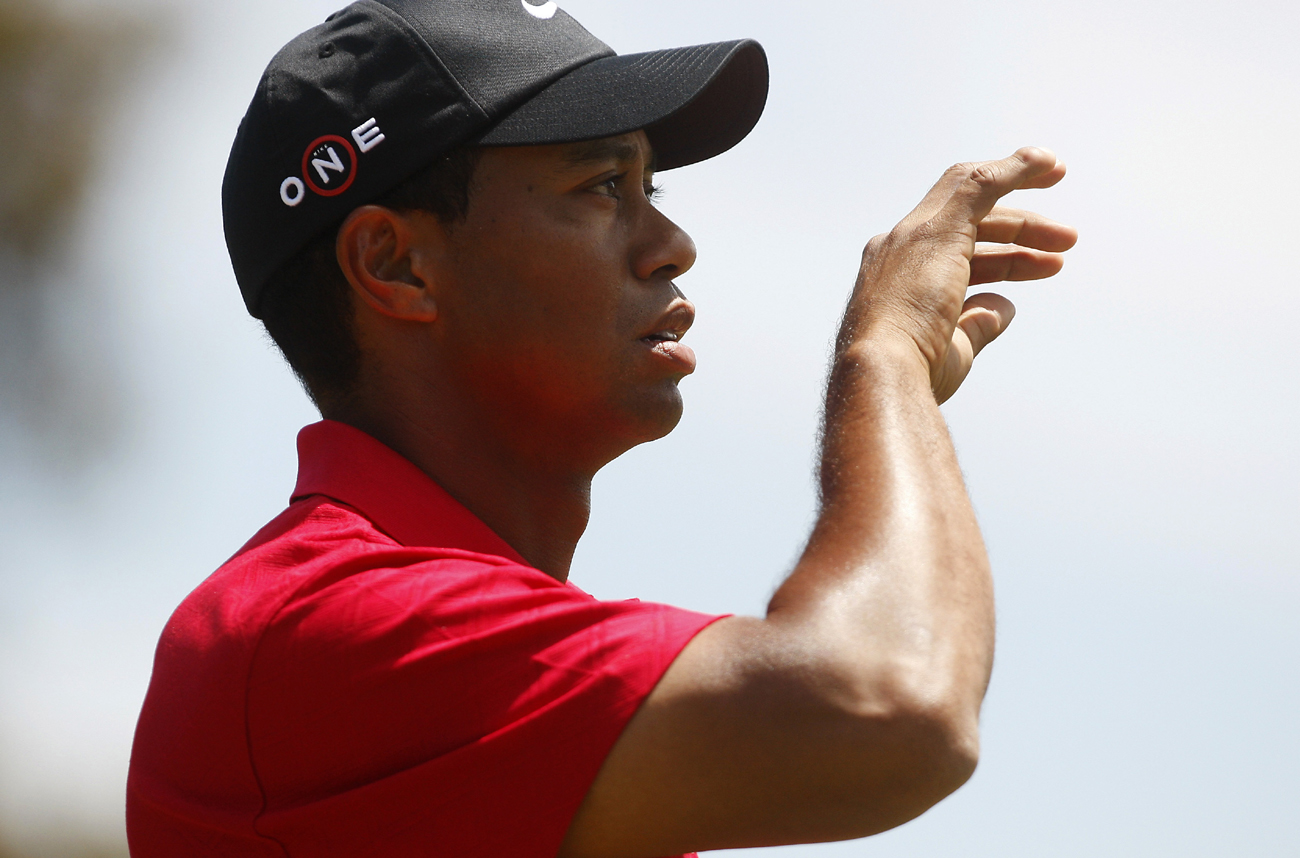 In a way, Tiger Woods is the duality of the human condition writ large. His fall from grace has been as spectacular as his heroic win at the US Open in 2000. Question is: how will this epic tale end?

Sports Illustrated magazine called Tiger Woods’s win at the 2000 US Open at Pebble Beach “the most dominating four-round performance in the history of major-championship golf.” It wasn’t hyperbole. What Woods had done at the tournament hadn’t been accomplished since Old Tom Morris won the 1862 British Open by 13 strokes – and he’d been playing against a field of only a dozen. Woods’s win by 15 strokes, against over a hundred of the finest golfers in the world, many of whom had battled through a series of pre-qualifying rounds, was the greatest performance in golfing history for any number of reasons. On none of the tournament’s 72 holes did he three-putt. He hit his drives longer and straighter than any player out there. His iron shots were flawless, holding Pebble’s small, hard greens with devastating accuracy. But most of all there was his focus; nobody who watched the 2000 US Open on television would soon forget the fierce way Tiger stared down the fairways, how he strode after his ball like a great conquering general, how he bent even the sea gales of the famed California course to his furious will.

“[Woods] had fogged the field on Thursday and strolled home in sunshine on Sunday,” Sports Illustrated observed, “and by the time he was finished virtually no one was prepared to say that Nicklaus, Watson, Bobby Jones or anyone was in his league.”

The real tragedy of the events of the last two weeks – aside from the pain caused Tiger’s wife and children – is that it’s possible, perhaps likely, that a giant has fallen. To date, Woods has won 71 official PGA tour events, including 14 majors. He has the highest career earnings and lowest scoring average of any pro golfer ever. No other golfer has spent as long as he has atop the world rankings, and he is one of only five players – along with Gary Player, Ben Hogan, Jack Nicklaus and Gene Sarazen – to have completed the major grand slam (he was also the youngest player to do so).

There is only one thing left for Tiger to achieve, and it’s the thing he wants more than anything else – to beat Jack Nicklaus’s record of major wins, which most peg at 18, but some at twenty, if the two US Amateur titles are included. For Tiger to get there he’ll have to return to the course quickly, and that will demand strength of character more profound even than what was displayed at Pebble.

Eldrick Tont “Tiger” Woods has, according to an army of media commentators, behaved like a coward these past two weeks. As the statistics on his extramarital affairs climb – depending on your source, the current count is either 10 or 11, including two porn stars – he remains in hiding, thereby leaving his embattled wife Elin Nordegren to her fate. Nordegren, golf club in hand, bashing at the windows of her husband’s Cadillac, has become a media laughing stock, a figure of ridicule and scorn on talk-shows and blogs across the world. Tiger has not sprung to her defence; he has not apologised to the mother of his children publicly. When his mother-in-law collapsed in his home, and his distraught wife called the Florida emergency services thinking she may have died, you could hear – on the audio recording that’s now gone viral – the kids screaming, but no Tiger. Where was he? In the master bedroom with his hands over his ears? Sending text messages to his floozies from the kitchen? Wherever he was, his actions were the opposite of brave.

“There’s still an opportunity for Tiger to stop the bleeding,” Mike Paul, the president of a top public relations firm, recently told the New York Times. “But he cannot just remain silent, out of sight. He should have done a one-on-one interview within the first 24 to 48 hours. He should have done something like Oprah, and he needs to do it – that type of interview – and soon.”

What he also needs to do is win another major. It’s hard to reconcile the all-conquering hero from the 2000 US Open with the spineless squirrel we’re witnessing (or not witnessing) now, but they are in fact the same person. Tiger may well be the finest exemplar of the duality of the human condition the media age has yet seen; his genius and his failings are on a par with the likes of Norman Mailer – unlike Mailer, of course, Tiger is a sportsman and not a writer, so his public persona straddles much more of the planet.

Will Tiger, as Mailer repeatedly did, be able to tap the heroic part of his make-up and re-emerge triumphant? By all accounts, the question is a plot line for the ages.