Dubai teeters on the brink, Abu Dhabi to swoop in

Dubai teeters on the brink, Abu Dhabi to swoop in 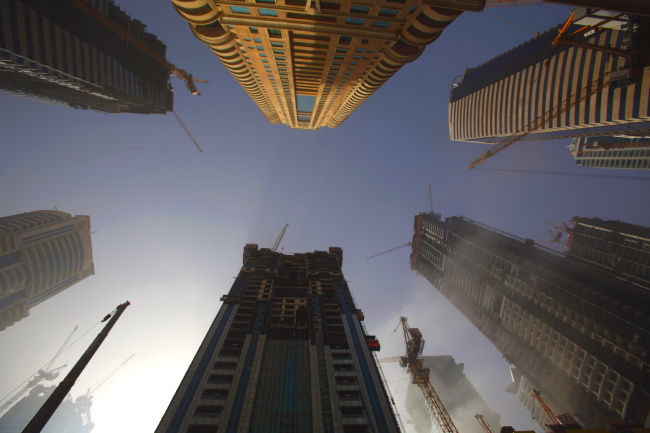 Contrary to the marketing hype of the last decade, the sun may be setting, for a while at least, on Dubai World. The emirate’s state-owned flagship for global investments has asked creditors for six extra months to make forthcoming payments on $59 billion of debt. That quite suddenly raises the possibility of a default on that debt – and questions about the overall solvency of the tiny country that grew so quickly during the boom years.

Dubai World drives development of Dubai’s transport infrastructure and urban spaces, and provides investment and financial services. But having put nearly all its eggs in one basket, it looks like it may now turn to its oil-rich and more economically conservative cousin Abu Dhabi. Abu Dhabi has already extended its neighbour a $10 billion loan, but that is a veritable pinch of snuff compared with the $80 billion or so that Dubai owes its creditors. Some $50 billion of that debt needs to be covered over the next three years, according to S&P, and now it says Dubai World’s cap-in-hand approach might mean a downgrade of its ratings on several Dubai government-related financial entities. Which will make it harder and more expensive for Dubai to raise money.

Dubai World has appointed global accountancy firm Deloitte to help with its financial restructuring, and is due to repay $3.5 billion in debt next month. Dubai’s government says the request to delay debt repayments also applies to giant property developer Nakheel, a subsidiary of Dubai World. Nakheel is responsible for some of the emirate’s most spectacular construction projects, including a whole grove of multi-functional palm-shaped mini-suburbs laced with skyscrapers. But its crowning Nakheel Tower, expected to be the world’s tallest building, was put on ice, a casualty of the global recession.

One of the visions for the Nakheel Tower (they keep on changing) was that it would encompass 30,000 homes, nine hotels, six acres of parkland, 19 residential towers, and the 12-hectare Burj Dubai Lake, all in one complex – at a bargain basement price of somewhere between $8 billion and $40 billion, depending on exchange rates and interest rates and a plethora of other variables.

Dubai World’s poverty plea has come as a surprise to at least some investors. “It’s shocking because for the past few months the news coming out has given investors comfort that Dubai would most probably be able to meet its debt obligations,” the BBC quoted analyst Shakeel Sarwar, of SICO Investment Bank, as saying.

There has been much talk that Nakheel and its listed competitor Emaar (which is currently constructing the world’s tallest building – but not for long!) will merge, but the planned link-up, including with other Dubai state-run firms, seems to be going nowhere slowly. Dubai’s exceptional geographical, business and political positioning should see it struggle through this crisis. It’s just too important for Abu Dhabi, the US and Saudi Arabia to let it drift with the sand. Although from now on, Dubai’s economy will likely be dominated by oil-tycoons from Abu Dhabi, who have the capacity to suck up debt like the dunes of the Arabian Gulf.

Photo: An early morning view of apartment blocks under construction in Dubai Marina in a file picture from March 2009. Reuters.