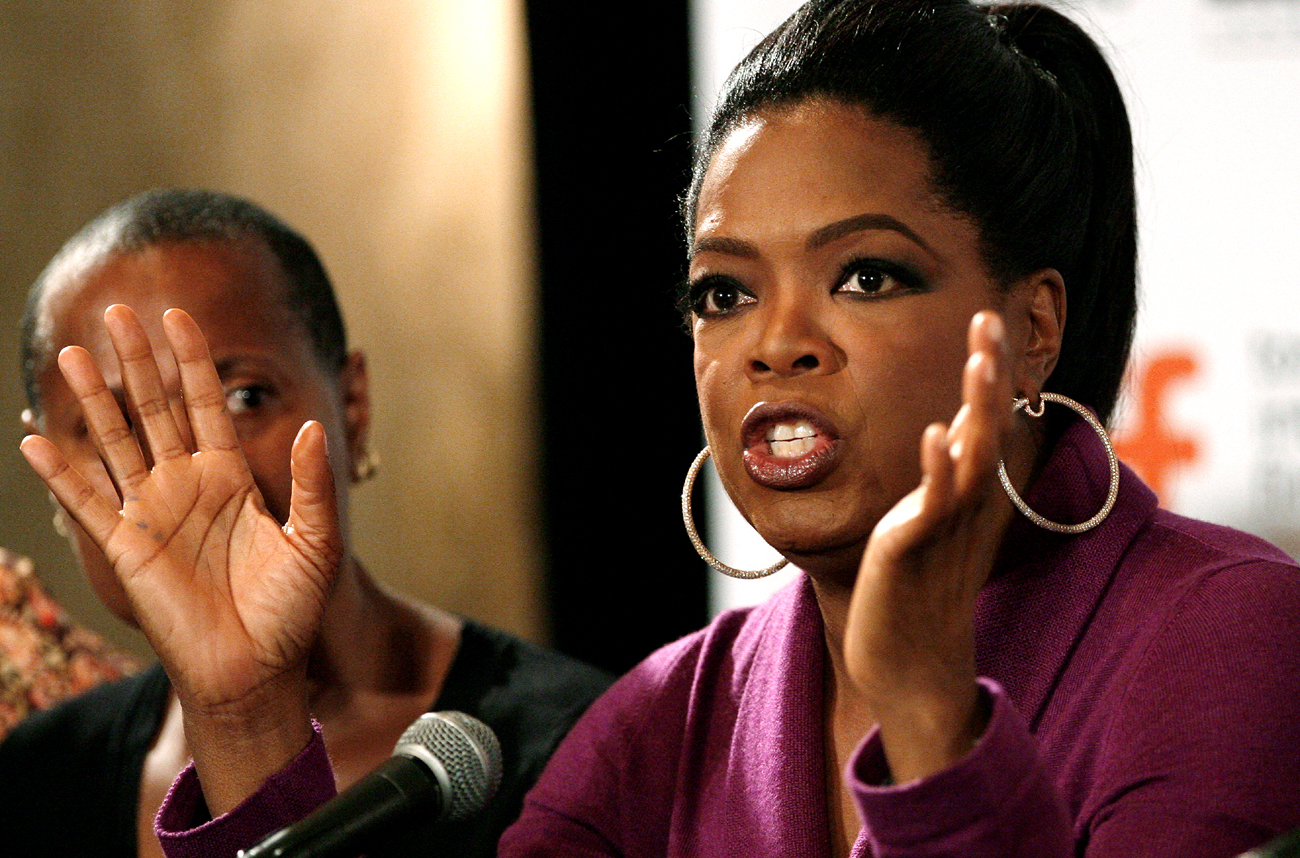 In two years, the Oprah Winfrey Show will be no more. The retrospectives have already started, but expect things to get much more mushy in the months ahead.

The Huffington Post is now running what’s got to be the most interesting take on the media story of the month – the announcement on Thursday of the end of the Oprah Winfrey Show. The independent website that’s recently edged past Washingtonpost.com in unique monthly visitors (9.4-million versus 9.2-million, as of September) has posted an image catalogue of Oprah’s top twelve TV moments, with an invitation to the audience to vote for their favourite. Where the voting stands now is as much an insight into the source of Oprah’s hold on the American imagination as it is a comment on the fickleness of taste.

In first place is “You get a car! And you get a car!” – Oprah’s kick-off episode to the 2005 season, where every member of the studio audience was given a Pontiac. The suggestion here is that Americans love expensive gifts just a bit more than they love dieting talk show hosts – second position belongs to “Wagon of Fat,” the 1988 show where Oprah arrived on set pulling behind her 67 pounds of lard, a symbol of the weight she’d lost. Third place is back to free gifts, this time the annual “Oprah’s favourite things” giveaway, which never fails to drive the crowd nuts. Fourth place belongs to last year’s two-day election special, which saw Oprah endorse Barack Obama, and in fifth place is the 1993 Michael Jackson interview.

The famous episode where Tom Cruise abandoned his equilibrium and jumped around on Oprah’s couch is in eighth position, one place behind the unforgettable show where Oprah confronted author James Frey about his fake memoir, A Million Little Pieces.

The most popular episode of the twelve in terms of TV ratings? The Michael Jackson interview, which was seen by 62-million people in America and 100-million worldwide – at the time, the most-watched TV interview ever. The most influential, though, was easily the Obama special – Winfrey is widely acknowledged for her role in getting Obama elected the US president.

Winfrey’s show remains one of American daytime TV’s highest-rated programmes, with an average audience of 7.1-million viewers daily, which means her decision to shut it down is going to badly hurt two of the country’s major networks. CBS, the owner of syndication rights, will lose millions of dollars in annual revenue, while ABC, which airs the show to its largest viewership, will take a big knock in ratings. “[Any] show that ABC comes up with to replace her will not draw anything near the ratings guarantee they could count on with Oprah,” a media analyst told the New York Times. “At least for the first year, ABC is going to take a serious hit.”

Winfrey has not yet explained the reason for her decision, but speculation is that she wants to quit while on top. “The sun will set on the Oprah show as its 25th season draws to a close on Sept. 9, 2011,” Tim Bennet, president of Winfrey’s production company Harpo, said in a letter to local TV stations on Thursday. Winfrey broke the news to staffers at her Chicago-based company before the letter was sent out.

Although it’s still unconfirmed, Winfrey is expected to launch a new talk show on the cable channel OWN – the Oprah Winfrey Network – in connection with her production company’s new partnership with Discovery Communications. According to the New York Times, “OWN is expected to replace the Discovery Health Channel, which is currently available in more than 70 million homes.”

Until then, Oprah’s given herself an incredible two years to say goodbye. They are likely to be years of tears, hugs and nostalgia. Or something like that.