Report: Gold to become part of a new oil-trading curren...

Report: Gold to become part of a new oil-trading currency 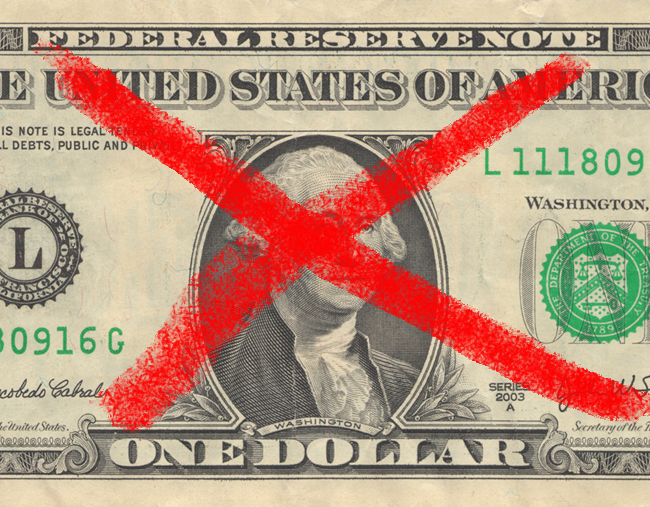 It’s the dream of gold bugs everywhere – gold regains its status as a global currency. But alas, it’s more complicated than that. Gold will reportedly be just one of several currencies involved. But still, the rumbling of a new world currency order alone have been enough to spur gold back above $1000 an ounce today.

The Independent UK is running a big scoop this morning saying Gulf Arabs are planning – along with China, Russia, Japan and France – to end dollar dealings for oil, moving instead to a basket of currencies including the Japanese yen and Chinese yuan, the euro, gold and a new, unified Arab currency of the future. (This currency will be issued by members of the Gulf Co-operation Council, including Saudi Arabia, Abu Dhabi, Kuwait and Qatar.)

Yet the report was influential enough to weaken the dollar and strengthen gold today, even though the alleged plan is to only start trading oil in the new merged currency in 2018.

The story is the latest in a host of speculations about currency changes which bring together three strands of modern history: the growing strength of the BRIC nations, particularly China; the 2008 economic crisis, which emanated in the US and the sense that the US is getting an unfair advantage because its currency is the global reserve currency; and the success of the euro.

These three strands have sparked a host of speculation about alternatives. One recent idea was for the BRIC countries to combine their currencies into a new unit. Another was for the world to use the IMF’s special drawing rights.

Now, according to The Independent, Arab nations are trying to break out of the dollar yoke.

“Ever since the Bretton Woods agreements – the accords after the Second World War which bequeathed the architecture for the modern international financial system – America’s trading partners have been left to cope with the impact of Washington’s control and, in more recent years, the hegemony of the dollar as the dominant global reserve currency,” The Independent reports.

Well … “hegemony” is a very loaded word. It’s not as though the world didn’t get something in return. What it got and gets still is deliverabilityJust as settlement is the crucial aspect of stock markets, without which a market cannot be said to exist, deliverability is the equivalent in the much more diverse and haphazard global currency markets.

In the context of the BRIC currency idea, Canadian investment bank RBC Capital Markets did some research and found that all BRIC currencies have a litany of current and capital account foreign exchange controls, something South Africans know all about.

This means that the Brazilian real, the Indian rupee and the Chinese yuan are all “non-deliverable” currencies. Hence, the buyer is not permitted to take delivery of them outside of their domestic financial systems.

There are also issues of custody and warehousing, not only of currencies but of other foreign denominated securities, too. In other words, it’s hard, if not impossible, for a Russian bank to store reals pending delivery of Chinese goods, for example.

One question the RBC research asks is whether it is actually in the BRIC’s best interest to move away from the dollar as a reserve currency.

In the long term, the answer is “yes”, partly because it encourages global balance and diversification – the lack of which is one of things blamed for the current economic downturn.

But, says RBC,  “a hasty move away from the US dollar is in no one’s best interests, least of all emerging markets which depend greatly on trade relationships with the US and integration with global financial markets which remain deeply centred around the US dollar.”

In other words, moving away from the dollar requites open economies, and even the BRIC countries are not remotely close to that. Not yet, at least.