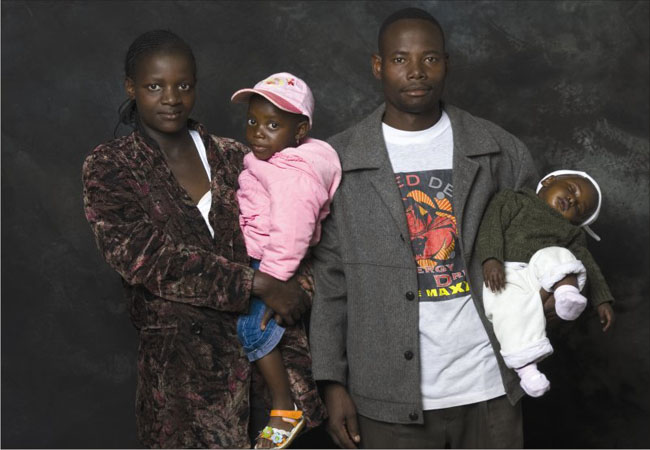 The 2009 Development Indicators report published by government at the weekend (Friday, Sept 25) poses an existential question: why are we so miserable? By Tim Cohen

The report, aimed at providing a baseline set of independent and government data across a wide range of categories, catalogues a host of economic and social successes since 1994.

Pages and pages of data show that South African of all income groups are better off than they were, including the very poor, who are about 25% richer than they were at the start of the century.

The catalogue would be impressive if most South African had not heard much of it before: 13 million people on state handouts, 2,5 million houses built since 1994, a 100% increase in houses with electricity to nine million households.

The big economic numbers are simply fabulous: GDP growth for 15 straight years until the recent downturn; gross fixed capital formation exploding since 2006 to 25% of GDP, government debt moving from 40% of GDP to a mere 20%, inflation on the high side but broadly under control, employment from 11,2 million jobs in 2001 to 13,5 million jobs in 2008, unemployment down from 29,4% to 23,6% of the working population.

South African’s, in short, have never had it so good.

Yet asked if they are confident that South Africa holds a happy future for all races, two out of every five people asked said “no”.

But here is the key question: is the country going in the right direction? The answer is that things have never been worse, with only 42% of respondents answering in the affirmative.

The report shows that there is a trend of expectations being high just prior to elections and then declining through the term of that administration. But the fact remains: we, the South Africans, are currently miserable.

Even “pride in being South African” has taken a terrible hammering: in 2004, 90% of South Africa said they were proud of their country. Now that number has dropped to a mere 65%.

What on earth is going on here?

The report itself only offers partial answers to this question. On the question of whether the country is going it the right direction – a regular Markinor survey of 3300 weighted urban residents – it states “survey results demonstrate that in the period of intense interaction and discourse around public policy issues, such as occurs during election period, there is a strong sense of the country going in the right direction. The trend in the current cycle (2004-2009) depicts a similar trend as in the three previous cycles.”

This seems only partly true. Though it’s certainly correct that the effect of government propaganda around election time tends to lift people’s sense that the country is going in the right direction, nevertheless, the fact is that if you only chart the points just before the election (or most others at the same point in the cycle) the graph shows a steep downward slide.

Just prior to the 1999 general election, 43% of respondents were confident the country was pointed in the right direction. This actually went up just prior to the 2004 election to 51% but it is now languishing at 38,4%. “The performance of the economy also impact on levels of optimism,” the report also proffers.

On the question of confidence in a happy future for all races, the report notes that although 2009 saw a slight increase to 62% from the preceding year, “incidents such as the 2008 attacks against foreigners and high-profile incidents of racist assaults in the same year may have contributed to the steep decline”.

This may be, but it also feels incomplete. The xenophobia attacks happened in May 2008, coinciding with the decline in this series, but they are now over a year old and levels have only improved marginally.

The precise reasons for unhappiness and concern logically would also seem to be linked to political infighting within the ANC and the fractious succession struggle; a reason not canvassed or speculated on in this government report.

Overall, its appears The Beatles old adage that “you can’t buy me love” applies not only to personal relationships but to the relationship between citizens and their State too.