Nyanga women march to police station after body found i... 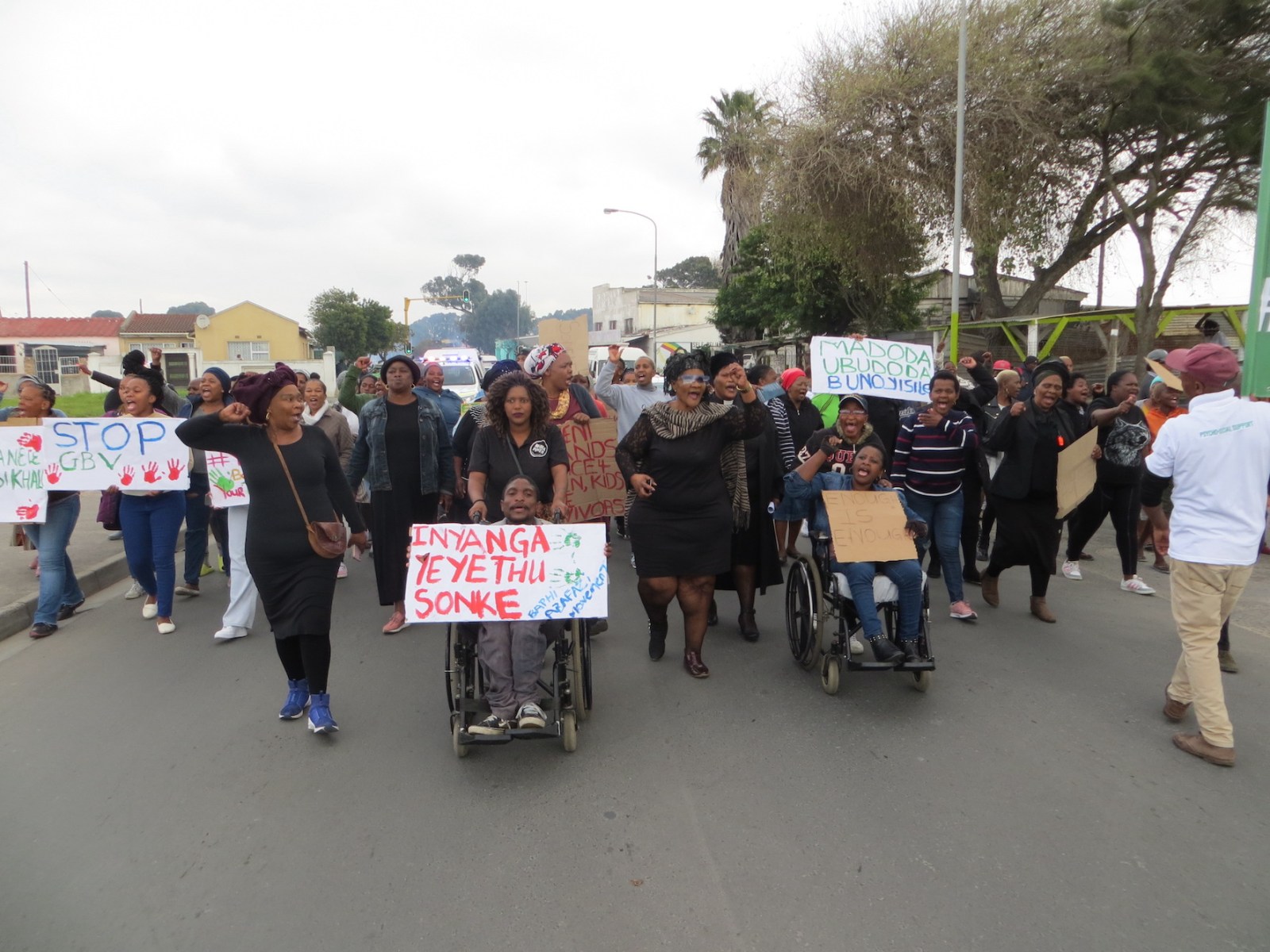 The murder followed the recent rape and assault of another woman in Nyanga, prompting members of Baphi Abafazi to get the police to prioritise investigations into these cases.

Dozens of Nyanga residents, mostly women, marched to Nyanga police station on Wednesday to demand that police arrest violent criminals in the community. The group, led by the women’s rights group Baphi Abafazi Movement, held a prayer service at the site where the body of a teenage girl was found in a wheelie bin on Sunday.

The murder followed the recent rape and assault of another woman in Nyanga, prompting members of Baphi Abafazi to get the police to prioritise investigations into these cases.

Outside the police station, picketers held up posters which read: “Hands off our women” and “We have had enough”.

Crossroads resident Patrick Mwanda said they want the SA Police Service to install CCTV cameras which could lead to more arrests. Baphi Abafazi co-founder Ntombi Hlaphezulu said the two crimes over the past weekend had angered residents who believe police should be doing more.

“We want police to make Nyanga a safe place,” she said, adding that visible policing during the day and night was needed to deter crime.

Mikie Gocini of Baphi Abafazi, said: “We don’t feel safe any more. Nyanga seems to belong more to criminals than to law-abiding residents. What angers us is that the police know who committed these horrendous crimes but they don’t arrest them.”

The acting station commander, Siphiwo Sithole, told picketers that police were working on the two cases. “These are serious cases. Many vans have gone out to hunt down the suspects,” he said.

In response to the allegation that the station’s trauma room was always closed, he said: “We close the trauma room when there are no crime victims needing counselling to prevent members from using it as a place to eat in.”

When GroundUp asked Western Cape police for recent crime statistics for Nyanga, spokesman Frederick van Wyk said: “Due to a national moratorium, crime statistics are not disclosed to the media.”

According to a statement in June 2022 by Western Cape Community Safety MEC Reagen Allen, there were 161 murders in Nyanga in the 2021-22 year, compared to 203 the previous year. DM