Fire’s magnetism: Why are we so attracted to the flam...

Fire’s magnetism: Why are we so attracted to the flames? 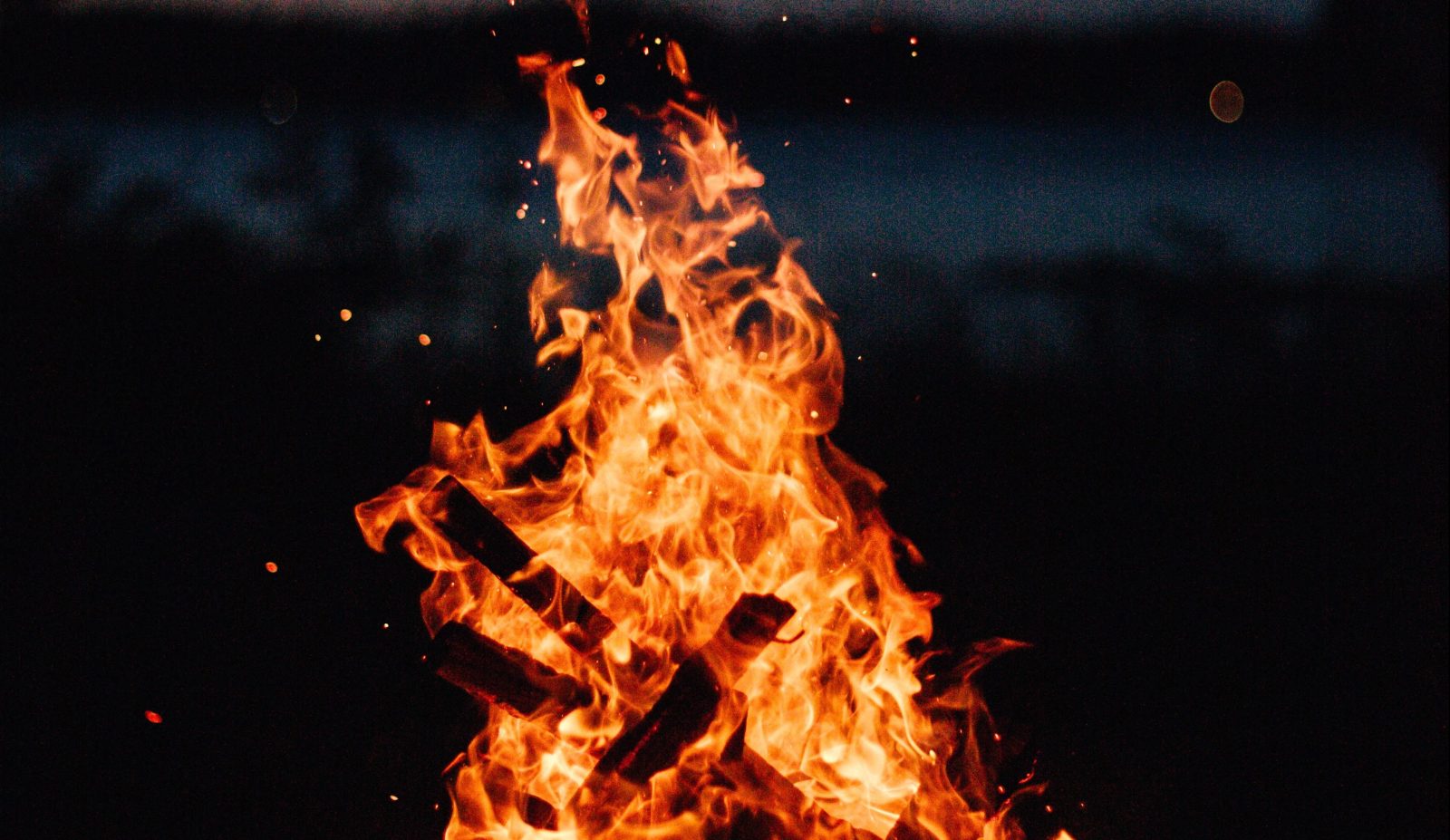 The reasons we are so entranced by fire are not well understood at a scientific level. Certainly, perpetual motion has something to do with it, along with it being a multisensory and attention-focusing activity. But the real answer for fire’s magnetism is perhaps more primal and foundational than we realise.

They flicker seductively, transfixing me like belly-dancing sirens. The soft crackling is white noise, my brain tuning it out to heighten other senses. I feel the slightly uncomfortable warmth of my face, the radiation and earthy smoke licking my reddening cheeks and drying my skin. Yet, despite the heat, I can’t pull myself away. If anything, I feel drawn closer and closer as my peripheral vision melts away, my eyes unblinkingly absorbed into the fire as its hypnosis sets in…

The experience of being drawn in by a campfire is something that seems to be a ubiquitous human experience. “Bush TV”, as many people call it. No matter the context, if there is a fire, people inevitably gather about it and are caught in a stupor, gazing intently into its heart while the world spins around them. The reasons we are so entranced by fire are not well understood at a scientific level. Certainly, perpetual motion has something to do with it, along with it being a multisensory and attention-focusing activity. It has even been shown that a fireside experience can be good for our health by lowering blood pressure. But I think the real answer for fire’s magnetism is perhaps more primal and foundational than we realise.

Consider the role that fire has played for humans, stretching back to our earliest ancestors.

Evidence for the control of fire by hominids dates back to between 100 and 200 thousand years ago. This discovery fundamentally changed the way humans operated and behaved, and shaped our evolution. Being able to cook with fire allowed us to broaden our diet by making previously inedible foods edible, fuelling the development of our energy-hungry and oversized brains. It also allowed us to spend less time feeding and foraging as cooking makes food softer, easier to digest and more energy-rich. Less time with our heads buried in meal prep or eating also meant that we could be more vigilant and avoid being eaten, which was still a significant concern for the primitive Homo erectus.

On the subject of being eaten, fire also provided protection from danger by creating a light source as well as scaring away predators. And, because we didn’t have to spend so much time to feed ourselves, we had more time to be social with each other at the fireside, I would like to imagine in much the same way that we collectively skewer marshmallows and tell campfire stories today. This allowed tighter personal bonds, an enhanced sense of community, and the development of social habits and behaviours (essentially early culture).

Most notably, the ability for early humans to keep warm allowed for migration away from the equator by beating the colder climes of more extreme latitudes. This process, which started very soon after we tamed fire (in geological timescales at least), led to the emergence of Homo sapiens as the dominant (and then last remaining) hominid, and eventually our colonisation of the earth.

Modern humans, Homo sapiens sapiens, owe our exponential growth through the metallurgical stone, bronze, and iron ages to fire, ultimately laying the platform for the technological explosions of the four industrial revolutions that bring us up to the current day.

What makes us human?

The fact that we walk on two feet? Birds, kangaroos, bears, some rodents, and even a reptile aptly named the ‘Jesus Christ lizard’ are bipedal too. Language? Again, the animal kingdom has plenty of examples of communication that resemble languages, even with discernible grammar and local accents in some cases. Culture? Many studies have shown how complex social habits and behaviours are passed down through generations in all sorts of species, from vervet monkeys to humpback whales.

Charles Darwin, the father of evolution, considered fire to be on a par with tools, language, our social habits, and tool use in terms of its contribution to the development of modern humans.

The ability for humans to use fire as a tool was a major turning point in our own evolution. However, even this ability is not truly ours alone. One other example of the deliberate manipulation of fire exists: the ‘firehawks’. Aboriginals in Australia have long recognised birds of prey as natural arsonists, even commemorating these birds in various traditional ceremonies.

After centuries of dismissing this as myth and false attribution, Western science eventually caught up when scientists saw this with their own eyes and published an article in 2017 in the Journal of Ethnobiology.

They observed three species of birds of prey (Black Kites, Whistling Kites, and Brown Falcons) attending a bush fire. This is unsurprising, as fires cause rodents, reptiles, and insects to flee, and the birds feast on them as they attempt to escape. But the extraordinary thing was that these birds were swooping down and collecting burning vegetation with their beaks and talons, and then deliberately dropping them into unburnt areas nearby. They then watched and waited in anticipation of prey to come scurrying out while the area caught alight. One autobiography of an Aboriginal elder admits that it is possible that his forebears learned to use fire to clear thick vegetation from the birds.

What is truly unique about humans is that we have mastered the creation of fire. Natural causes like lightning have always ignited parts of the planet and fire has been a major factor shaping the environment since the inception of life.

However, humans are the only creatures who have discovered ways of creating their own fires and then using them to enhance themselves. There is widespread evidence in Africa of human-induced burns influencing the frequency and seasonality of fire in the landscape, thereby changing the local vegetation from dense bush to open savannas and grasslands. Our mastery of fire has changed the course of our own evolution and that of the world around us.

Perhaps the reason we are so mesmerised by that campfire is at least in part a deep acknowledgement of our own humanity, the perils and pleasures that fire has brought to our existence, and a subconscious recognition that its mastery was the key to unlocking human potential. We sit with our attention fixed, leaning forwards, staring intently into its depths – the Lords of the Flames, humbled and rooted in place by our own mystical and marvellous creation, which, in turn, created us. DM/ ML

In case you missed it, also read Fynbos: why fire is important for its survival