Vrede Dairy Scandal: Mkhwebane did more in one year tha...

Vrede Dairy Scandal – Mkhwebane did more in one year than Madonsela in four, claims Mpofu 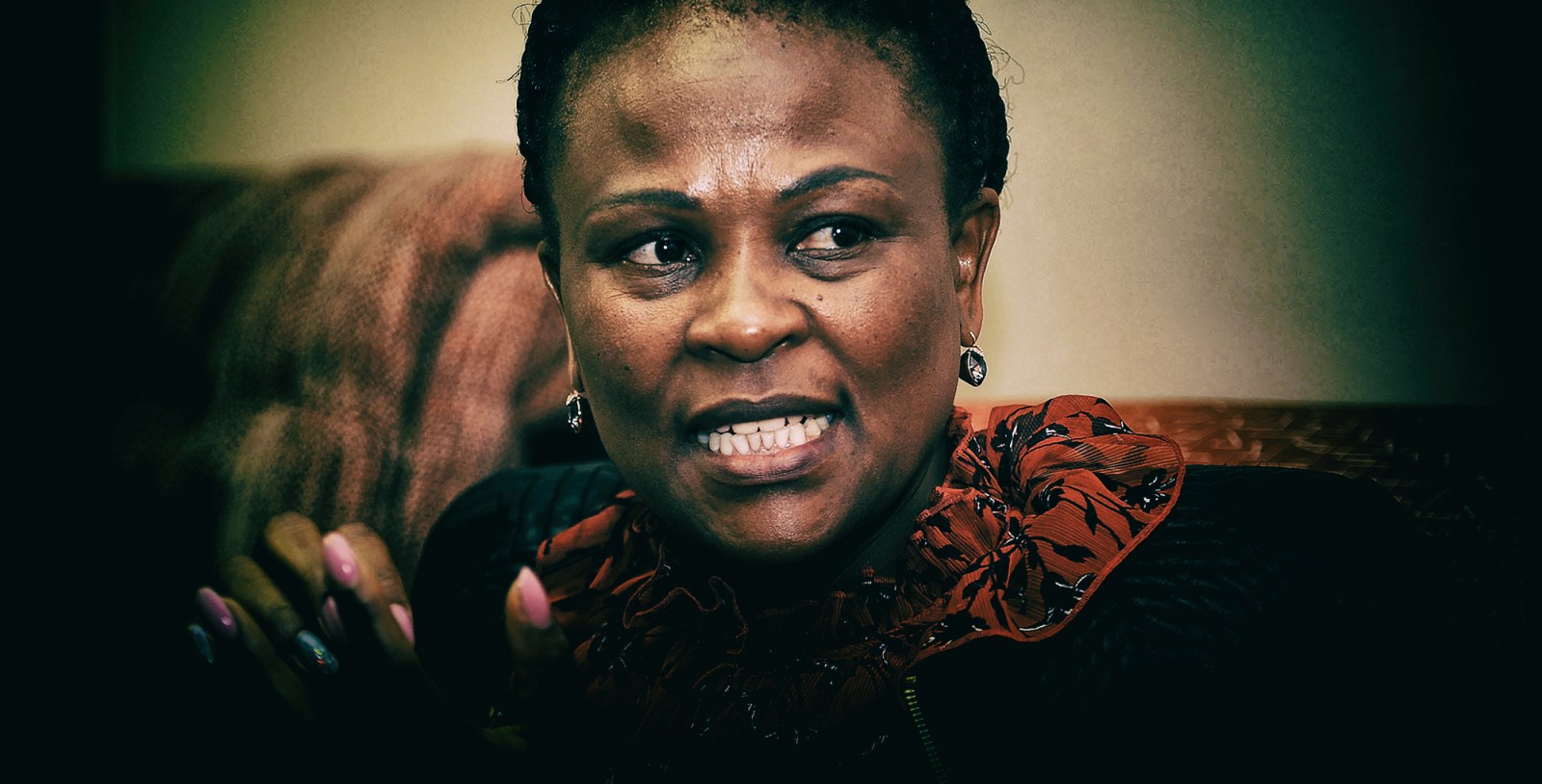 More so than her predecessor, current suspended Public Protector Busisiwe Mkhwebane actually cracked the whip when it came to the investigation of the Gupta-linked R216-million Free State Vrede Dairy project, advocate Dali Mpofu asserted on Monday.

Mpofu – appearing on behalf of Mkhwebane at her Section 194 impeachment hearing – made this claim as he attempted to flip the Vrede/Estina Dairy script as most of us (including the Zondo Commission) have come to know it.

In this version, Mkhwebane released a report into the Vrede Dairy project in February 2018 (after her October 2016 appointment). At the time, Daily Maverick reported that this was unexpected and was done with no fanfare or media briefing.

On Monday, Mpofu asserted that “within three weeks she began asking, ‘what is happening with this Vrede matter?’ It was part of the things she just found sitting there.”

Mpofu stated during his cross-examination of former Free State head of the Public Protector’s Office, Sphelo Samuel, that Mkhwebane had done more in one year than Thuli Madonsela, “your favourite”, had done in four.

What slipped between the cracks of Mpofu’s line of questioning, however, is that this same report was set aside as unconstitutional by the Gauteng High Court in May 2019. In a scathing ruling, Judge Ronel Tolmay said there were manifold “failures and dereliction of duty by the Public Protector in the Estina (Vrede) matter”.

However, on Monday Mpofu attempted to paint a picture of a pronate Madonsela who had not, unlike Mkhwebane, even done a site visit to Estina.

“It takes two seconds for her to say that the politicians must be investigated (this was Madonsela’s instruction on her departure). In 24 months what else happened?” Mpofu charged at Samuel.

“We continued the investigation as instructed. We explored a number of things,” he replied.

Earlier, Mpofu suggested that Samuel had made his protected disclosure to Parliament in February 2020, as he was a disgruntled employee and also faced criminal prosecution.

Samuel was suspended – and ultimately dismissed – after he made the disclosure. He has since been reinstated.

At the centre of the fog at Monday’s hearing was the disappearance of a file on the Vrede/Estina investigation, which had been sent, according to Samuel, to the Public Protector’s head office from the Free State.

The file had contained, he said, letters and other communications that would confirm and corroborate his evidence that he was of the mind that Ace Magashule and Mosebenzi Zwane be subpoenaed and that he had informed Mkhwebane of this.

It was clear from Mpofu’s line of questioning – a detail Samuel picked up on – that whatever the Free State head testified to and that he had set down on paper and in electronic communication, had been lost with the “removal” of the file.

At this point advocate Nazreen Bawa, evidence leader, reminded the committee that “our endeavours to get the full file (from the Public Protector’s Office) were not successful. It could not be found.”

“There you have it, Mr Samuel, looks like your drafts evaporated,” Mpofu intellectually fist-bumped himself.

Samuel offered testimony last week about how rising legal costs had affected the work of the Office of the Public Protector during Mkwebane’s tenure.

He testified that it was Mkhwebane who had removed the mention of politicians from her 2018 report on the R216-million, Gutpa-linked Vrede Dairy Project.

‘Sexist’ with a ‘superiority complex’

Mpofu stated that he would demonstrate that Samuel’s testimony “is worth zero and should not be taken into account” as it was “tainted by bias”.

Part of that bias, he argued, “is that unfair comparison you make with Madonsela and Mkhwebane. It is just a sentiment you have, you and others in our society.”

Mpofu labelled Samuel’s testimony, like that of Tebogo Kekana, as “no more than the ramblings of a disgruntled employee”.

He accused Samuel of being “sexist” and suffering from a superiority complex in thinking he was better qualified than Mkhwebane, and that he had been motivated by “revenge”.

Samuel testified that he had informed the Public Protector that he had wanted to issue subpoenas against Magashule and Zwane and that she had refused this. Communication as to this matter had also been made.

“This is not recorded anywhere?” asked Mpofu.

“I have said the file was sent to head office. If the file is still there, the letters should be in the file. I would understand why they would not be there because of your line of questioning,” Samuel shot back.

He added that Vrede had been “the brainchild of the premier and was to be executed by the MEC in that department because it was relevant to agriculture”.

Magashule and Zwane “owned up and took ownership of this project. That is why it was necessary to ask them questions or to get their side of the story”, said Samuel

Mkhwebane was suspended from office on 9 June. The parliamentary impeachment hearings got under way on 11 July.