Mpofu moves to discredit another whistle-blower, but committee chair draws the language line 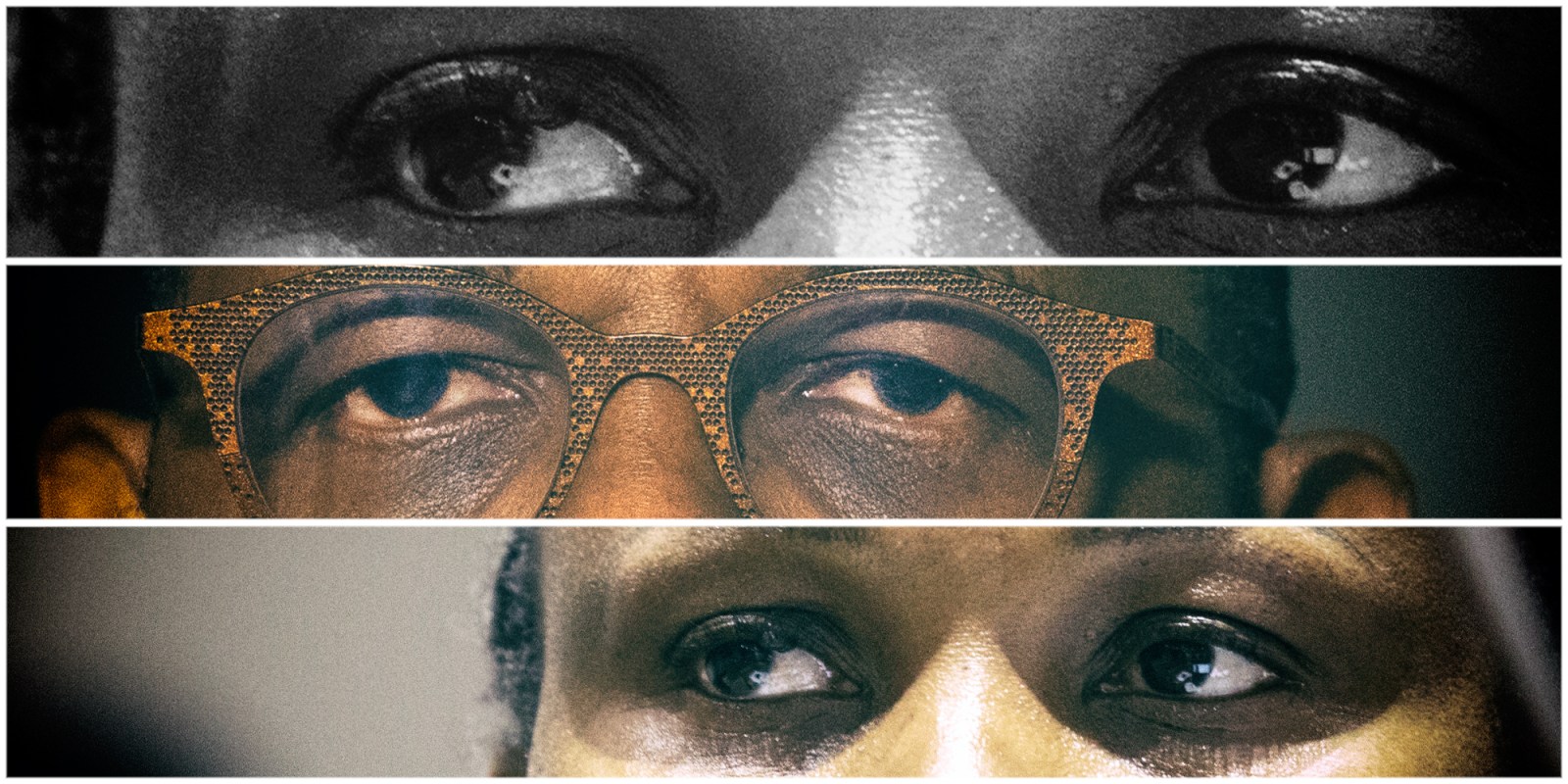 “Can anyone rely on anything that comes out of your mouth?” Advocate Dali Mpofu SC, representing suspended Public Protector Busisiwe Mkhwebane, asked Tebogo Kekana.

“You are not a whistle-blower; you are a whistle-inhaler … whatever the opposite of whistle-blower is,” was Mpofu’s comment to Kekana at another point in Tuesday’s proceedings before he was stopped by the Section 194 committee chairperson, Richard Dyantyi.

It was the second time Mpofu was asked to mind his language. On another occasion, Dyantyi put an end to the advocate’s statements just as he was once again describing Mkhwebane as a victim of powerful forces.

“The high court, the full [high] court and the Constitutional Court and now this committee have condemned the Public Protector…” was as far as Mpofu got before DA MP Kevin Mileham interjected and Dyantyi took over.

“Advocate Mpofu, I would like you not to talk for the committee,” said Dyantyi. “The committee has not made any findings.”

Mpofu’s response to the inquiry chairperson was lightning fast. “Fair enough. Not yet,” he said and moved on. “The independent panel [part of the parliamentary 17-step inquiry process] has made a finding, the majority of the Constitutional Court found she was biased and a litany of epithets … This committee may not [have condemned Mkhwebane], but some members have and some [political] parties…”

That’s classic Mpofu, who brought courtroom-style contestation of minutiae alongside the odd throwaway question to the parliamentary inquiry process.

“Given the onslaught of powerful forces, economic and political, against the Public Protector, it would be improper to harbour within its ranks liars … and gossips and people who peddle information that does not belong to them,” said Mpofu after an earlier grilling of Kekana about his alleged dishonesty being the reason he was dismissed.

Kekana replied: “All the people I knew there are of good character.”

On Tuesday, Mpofu insisted Kekana was not a whistle-blower and had not made a protected disclosure under the relevant legislation. The point was made in cross-examination — and again at the end of the day’s proceedings after MPs in their questions to the witness raised a protected disclosure affidavit made in December 2019.

Earlier in the cross-examination, Mpofu pushed what he called the dishonesty of Kekana, who maintained that that was not what he was charged with when disciplinary hearings were held following his suspension in September 2021. The matter is being heard in the labour court, where Kekana is appealing to be reinstated.

“In my view, this indicated dishonesty on his part and a late attempt to shift blame,” Mpofu read from the disciplinary findings. He addressed Kekana: “You did receive the outcome of the disciplinary proceedings. Have you forgotten now or is this a convenient [lapse]?”

When Mpofu continued arguing that a finding of dishonesty had been made by the disciplinary proceedings, Dyantyi stepped in. “He has answered,” he told the advocate. “You may not like the answers he’s giving, but he’s answered.”

A similar loop of questions revolved around an email of 17 May 2017 in which Mkhwebane said she had “asked the SSA [State Security Agency] to provide input and economist” to change the South African Reserve Bank’s constitutional mandate — an email that was not disclosed as part of the court review of the June 2017 Absa Bankorp report, whose remedial actions included a constitutional amendment of the Reserve Bank’s mandate and for Absa to repay R1.125-billion. That report was ruled invalid and set aside in August 2017, a decision upheld by the Constitutional Court in July 2019 alongside the personal and punitive costs order against the Public Protector.

In his cross-examination, Mpofu seemed to want Kekana to admit he had ensured the email was not passed on.

Kekana replied: “I don’t know who omitted it.”

“You accept the responsibility for this lies with you,” responded Mpofu.

“I was told to make a copy of everything and I gave it to the senior manager,” Kekana replied. “I gave a copy of all that I had … I don’t know who may have omitted that.”

Three witnesses down and Mpofu’s aim of cross-examination is crystallising.

One aspect is to emphasise how Mkhwebane is a victim of political machinations and “sinister forces”. As a “defender of the people”, she had through her work unsettled powerful and vested interests.

Another facet is pointing out how removed Mkhwebane is from the misconduct she’s accused of. In cross-examining the former South African Revenue Service official Johann van Loggerenberg, Mpofu pointed out that Mkhwebane had no reason to doubt her investigators who told her they couldn’t find Van Loggerenberg, who has complained he was not approached for his version of events.

And it was an official from the Public Protector’s office, not Mkhwebane, who had asked that the names of Free State politicians be removed from the report on the Vrede dairy project, in which tens of millions of rands meant for beneficiaries — mostly emerging black farmers — were directed to the Gupta brothers and their business allies.

A third feature of Mpofu’s cross-examination targets is to discredit the witnesses — whether that’s making much ado of what Mpofu called Van Loggerenberg’s “psychiatric condition”, or dismissing Hassen Ebrahim’s experience and expertise by honing in on his UK and Botswana law qualifications. (Ebrahim, who was in exile, returned to serve as CEO of the Constitutional Assembly that wrote the Constitution and for a decade as a senior Department of Justice official.)

Unfolding in this context was Tuesday’s denial of Kekana’s status as a whistle-blower, particularly his damning account of how SSA officials in early June handed over a note recommending a constitutional amendment of the South African Reserve Bank mandate that ended up in the Absa Bankorp report.

However, Kekana stood firm. “I answered all the questions to the best of my ability and truthfully.”

And while Mpofu repeatedly described Kekana as unwilling to answer, when the advocate tackled the Freedom Front Plus Chief Whip, Corné Mulder, over his questions to Kekana, he almost got as good as he’d given.

“No one will tell members of Parliament how to ask questions. All of us are rather intelligent and could tell the line of [Mpofu’s] questioning … and the intention put through that line of questioning,” said Mulder.

Some of Mpofu’s portrayal of Mkhwebane as the defender of the people cracked when on Tuesday it emerged that acting Public Protector Kholeka Gcaleka would subpoena President Cyril Ramaphosa to provide answers in the investigation into the Phala Phala forex theft saga. This came after, instead of receiving answers on 18 July, the President made a request for another extension — and was denied.

“No further public comments pertaining to the matter will be made in an effort to protect the integrity of the investigation,” said the Office of the Public Protector.

On Wednesday, the Section 194 committee inquiring into Mkhwebane’s removal from office will do some housekeeping.

This includes Mpofu’s letter of what he calls “fundamental issues”, including claims of Mileham’s conflict of interest as the husband of DA Chief Whip Natasha Mazzone, who had brought the motion that led to this inquiry — EFF MP Omphile Maotwe had also raised this — and the fairness of MPs asking Mkhwebane questions before she testifies.

The impeachment inquiry programme is also set for a review. Proceedings have been adjourned until at least Wednesday, 27 July, to allow Mkhwebane and her lawyers time to prepare for the upcoming court hearing to, among other things, challenge her suspension.