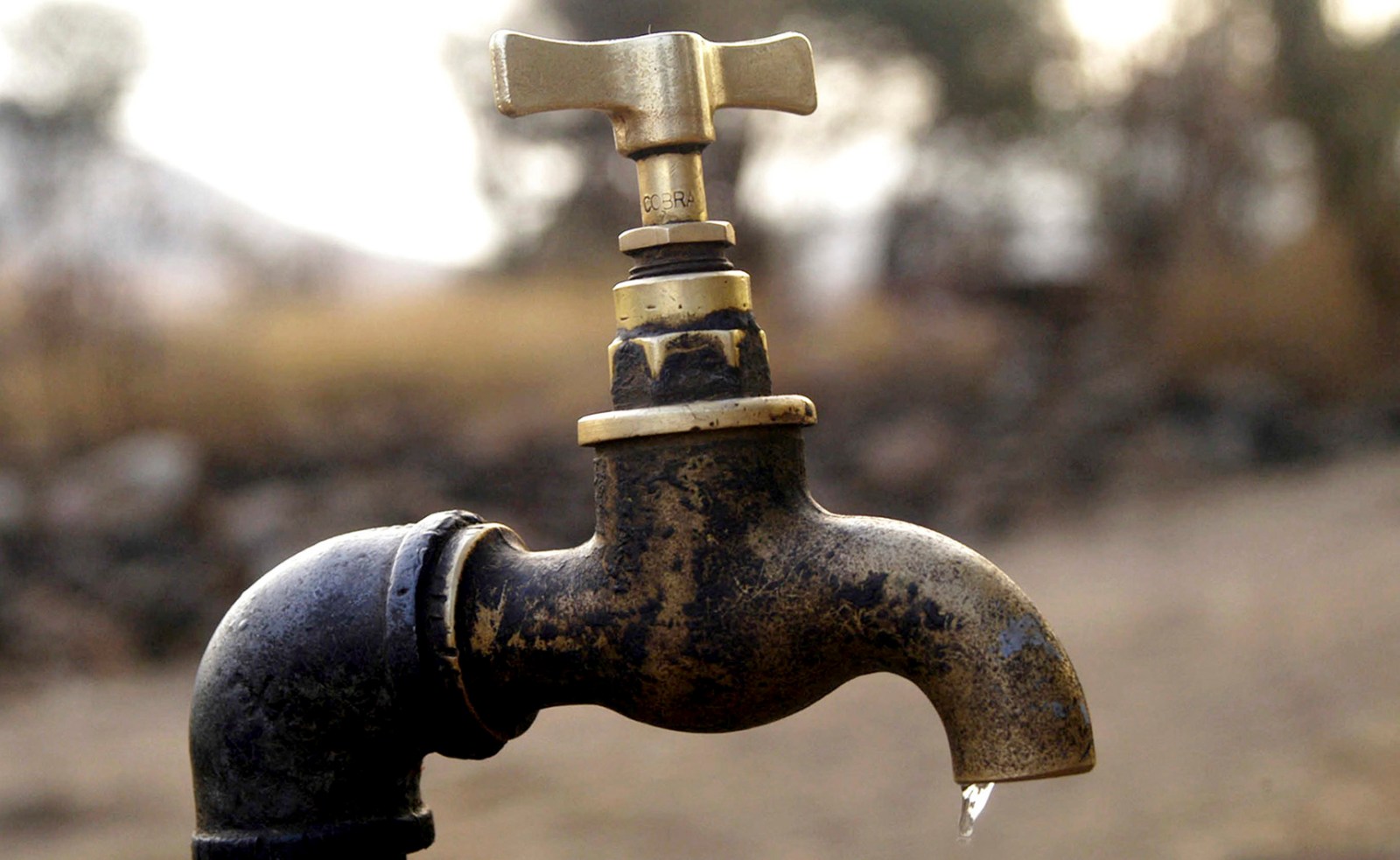 The metro is still fighting tooth and nail to keep water flowing to the city taps, and a series of violent protests has been rocking the region of late. (Photo: Gallo Images)

With each mayoral committee member having declared themselves ‘mayor’, the Nelson Mandela Bay metro was plunged into what MEC for cooperative governance and traditional affairs Xolile Nqatha described as ‘lawlessness and chaos' in the ANC-led coalition government.

Following the collapse of the largest metro in the Eastern Cape under a chaotic coalition government, the MEC for cooperative governance and traditional affairs has given notice to the municipality that he intends to change its structure to move away from the system that allows for a mayor and a mayoral committee member to have significant roles in running the city’s affairs.

MEC Xolile Nqatha has written to the municipality to indicate his intent to move the municipality from an executive mayor system to a different system of governance – one that will have a ceremonial mayor, and for the city to be run by an executive committee that is elected by the city council, with local matters being dealt with by ward committees. Representation on these committees is similar to party representation in council.

This is along the lines of a new coalition proposed by Nelson Mandela Bay’s Civil Society Forum, an organisation of NGOs, civil rights groups and clerics who intervened earlier this year when it became apparent that the city was facing a catastrophic water crisis, with very little leadership.

The metro is still battling to keep water flowing to the city’s taps and violent protests have rocked the region of late.

On Monday, angry contractors who had not been paid by the municipality – including contractors who provide refuse collection services – blocked roads in Gqeberha. This is the latest protest to hit a city that has been plagued by civil unrest, including the vandalisation of electricity infrastructure and the burning of trucks in areas where communities are unhappy about the lack of service delivery.

There are 12 political parties with seats in the current council of Nelson Mandela Bay. The ANC and the DA received roughly the same number of votes (around 40%) in the November 2021 local government elections (the EFF holds eight seats).

To form a majority government, a coalition must have 61 seats. The other parties in council are the FF+, ACDP, the Defenders of the People and the Patriotic Alliance, with two seats each. The Good Party, UDM, AIC and AIM each have a single seat. The Northern Alliance (NA) is the largest of the small parties, with three seats.

The NA held the position of speaker (Gary van Niekerk) and the position of MMC for water and infrastructure (Stag Mitchell) in the coalition government put together by the ANC. However, internal ructions saw Van Niekerk and Mitchell, along with councillor Bevan Brown, being expelled from the party. They were later reinstated by the High Court.

The court will hear another application next week to interdict the Electoral Commission (IEC)  from declaring the vacancies in council and to set aside a decision by the city manager to notify the IEC of these vacancies.

Nqatha’s letter was signed on the same day that a number of opposition parties in the city council – the DA, the African Christian Democratic Party, the Abantu Integrity Movement, the UDM, the African Independent Congress, the Freedom Front Plus and the Pan-Africanist Congress – signed a coalition agreement with the intention of taking over the government of Nelson Mandela Bay.

The parties are currently gathering the requisite 61 signatures on a petition to hold a special council meeting where they intend to vote out incumbent mayor Eugene Johnson.

The NA, however, have indicated that they are opposed to a coalition. Van Niekerk said they are keen to bring stability to the metro, but that it cannot be done through a minority government.

“If the EFF is going to support the coalition, they should sign the coalition agreement. If not, then a coalition must be sought with other parties to get over the 51% (61 seats) threshold. This coalition should never be about positions and salaries. Service delivery should be the number one priority.”

Van Niekerk said the NA has not joined the new coalition because they had taken a principled stand that the same party should not hold the positions of both mayor and speaker.

Last week, DA leader John Steenhuisen said the door was still open for the NA to join the coalition. But Nqatha said he was acting in the interests of a more stable government in the metro.

“The intervention in a municipality is the prerogative of the MEC [Xolile Nqatha] and the Executive Mayor supports the action being taken by the MEC… this is not the first time the MEC intervenes in our metro,” said the mayor’s spokesperson, Tango Lamani.

Johnson had promised stability and an end to corruption in the metro but has mostly had to deal with a severe water crisis threatening the city and a very unstable coalition government.

Nqatha’s letter states that he is giving notice of his decision to change the municipal structure, but did not provide timelines. In his motivation, he painted a dismal picture of political instability in the province’s biggest metro.

“The political environment in the municipality has never been a stable one, even in the previous term of council, but the administration during the past years managed to hold things together and was relatively not heavily influenced by politics.

“Towards the last month of the past term and in this new term, politics have spilled over to management to an extent that has divided management and administration and created factions among them.

“In order to process anything administratively, management looks at which party [wrote] the directive and this has led to chaos in the municipality. The MMCs don’t want to take instructions from the Executive Mayor.

Nqatha added that some council committees have not met since the beginning of the new term in November last year, and the municipal public accounts committee had only sat twice.

He wrote that the council was only sitting for “special meetings”, and then only for urgent compliance issues.

Read more in Daily Maverick: “Usable water down to 2.3% of dam capacity in Nelson Mandela Bay”

“There is generally no oversight that is played by council over administration.

“Coalition politics are affecting decision-making within the council, hence the failure to make a decision on the appointment of executive director… This situation has a negative effect on administration and service delivery. The coalition partners always have conflicting interests because of the ideological gulf – as a result, self-serving interests manifest themselves when decisions that relate to resources are taken.

“The status quo in the municipality has attracted public concern, especially [from] the business fraternity whom the economy of the city depends on,” Nqatha continued, as he motivated his decision and expressed the hope that it will create a more stable environment for the metro.

Nqatha’s spokesperson, Makhaya Komisa, would not answer questions on the correspondence, saying he did not comment on “leaked letters”. DM/MC