Rhino horn poachers shift focus from Kruger to KZN and... 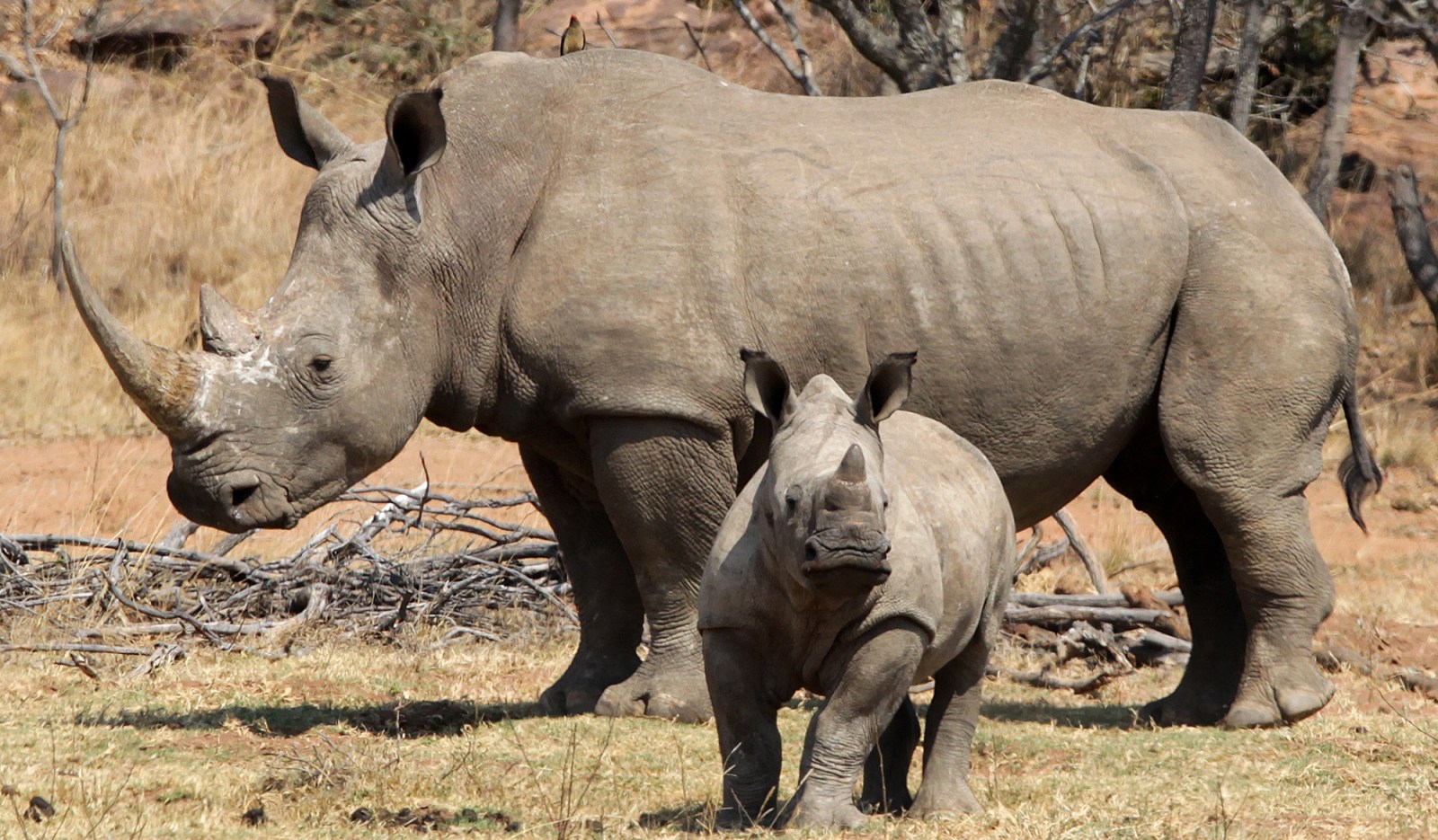 A white rhino and her calf on a game farm in the Waterberg district, about 350km north-west of Johannesburg. (Photo: EPA / Jon Hrusa)

As rangers tighten operations at the Kruger National Park, poachers are shifting their focus to KwaZulu-Natal and private game reserves, raising rhino horn poaching numbers after a steady decline between 2014 and 2020.

The number of rhinos poached for their horns in South Africa in the first half of the year is 259, an increase of 10 rhinos over the same period in the previous year, the Department of Forestry, Fisheries and the Environment (DFFE) said.

The spike in rhinos poached from 1 January to 30 June 2022, compared with 249 over the same period last year — has been attributed to a rise in rhino killings in KwaZulu-Natal and in private game reserves.

KwaZulu-Natal recorded 133 rhino losses in the first six months of the year; more than triple the 33 killed over the same period in the previous year. Private parks have taken 49 rhino losses in 2022 while national parks recorded 210 losses.

“The demand for rhino horn remains a constant threat to our rhino populations as crime syndicates continue to operate within our borders,” DFFE said in the statement.

Rhino poaching statistics for South Africa from 1 January to 30 June 2022:

Rhinos are poached for the keratin in their horns — a protective protein that makes up hair, nails and skin. In Asia where the horns are mainly exported due to high demand, the protein is believed to have medicinal properties, but it is also a symbol of status and wealth; considered to be of higher value than gold. Rhino horns have also been found in Doha, Qatar, the DFFE has said.

South Africa hosts the largest rhino population in the world and has experienced increased rates of poaching since 2007. Poaching numbers climbed by a whopping 9,000% between 2007 and 2014, peaking at 1,349 rhinos poached in 2015, Save the Rhino has previously reported. The number of rhinos poached decreased due to increased anti-poaching efforts from public-private partnerships, with 451 rhinos poached in 2021.

Decreased poaching numbers have led the government to attempt to allow the hunting of 10 black rhino. However, those efforts were halted after animal protection NGO Humane Society International/Africa made an application to stop the hunting quotas.

The black rhino is listed as critically endangered by the International Union for Conservation of Nature Red List of Threatened Species, but is said to be increasing in numbers, with about 3,142 remaining. While the white rhino is listed as near threatened with a population of about 10,000; the number is considered to be declining since 2014 due to poaching.

In the first six months of this year, 69 people were arrested in connection with rhino poaching and horn trafficking, the department said, with 13 of these arrests being in the Kruger National Park; the heaviest sentencing being 34 years imprisonment.

“Recent trends in rhino poaching show a move away from the Kruger Park to private reserves and KwaZulu-Natal where the majority of rhinos have been killed this year. This makes it all the more important for [the] national government to shift its focus to supporting provincial authorities and private reserves in the war on rhino poaching” said Creecy. DM/OBP