A tribute to the unsung wildlife conservation heroes de... 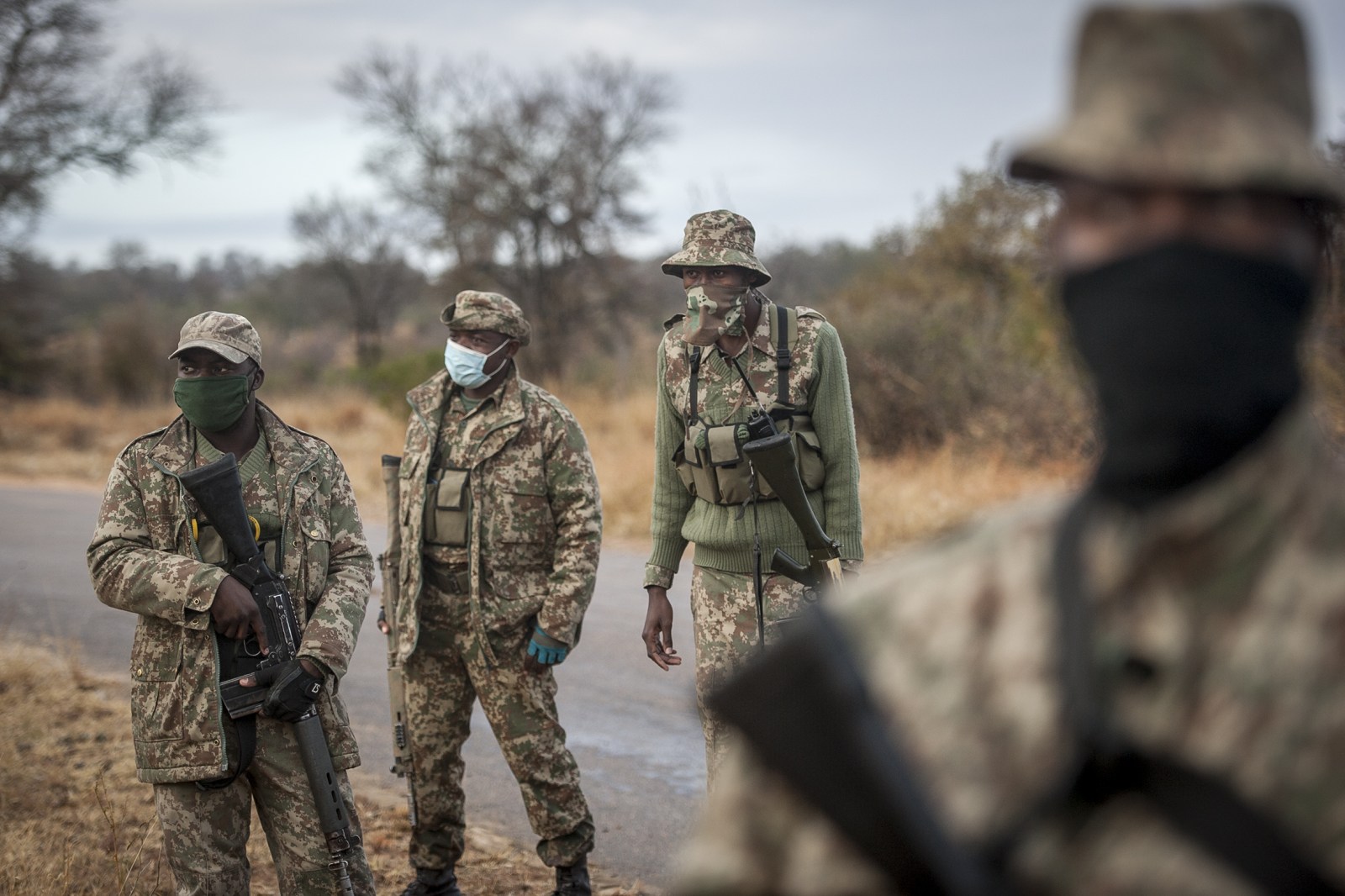 Today, 31 July, marks the date when countries around the world celebrate World Ranger Day to acknowledge the work rangers do in safeguarding the planet’s natural heritage, and to commemorate those killed or injured in the line of duty.

Field rangers face life-threatening situations in their work daily. There are recorded deaths due to conflict with poachers. Or working alongside dangerous animals and in perilous conditions, which contributes to fatalities. Rangers are also subjected to psychological pressures that can lead to mental health implications.

As part of World Ranger Day celebrations, Kruger National Park (KNP) Management and staff held a ceremonial event to pay homage to the ranger corps on Friday, 29 July. The ceremony was held outside the Skukuza Paul Kruger gate and activities included a rangers’ drill, a guard of honour, a wreath-laying ceremony and the unveiling of a plaque for field ranger and dog handler Shando Mathebula, who was killed earlier this year.

Mathebula was based in the Shangoni Section at the Limpopo province side of the park, and tragically killed in a confrontation with a buffalo while on patrol with a colleague on 4 May, 2022. The 36-year-old worked in the park for the past 10 years, and was described as a man dedicated to his profession, who served with discipline and distinction.

Mathebula’s widow Nkateko Makamo attended the ceremony together with a few family members. Makamo sat watching the ceremony in a sombre mood and said afterwards, “When I see these people (field rangers) wearing this uniform, my heart gets sore. It reminds me of my husband. I am not ok. I miss my husband.”

Mathebula’s sister took to the podium, and said their family appreciated everything SANParks has done since Mathebula passed away, but that the family still has questions surrounding his death.

Regional Ranger Tinyiko Golele, who spoke on behalf of the rangers, said the scourge of environmental crime over the past decade has become “the most serious threat to biodiversity” and that rangers have always been at the forefront in combating these wildlife crimes.

She highlighted a cancerous threat of corruption that has made its way into ranger corps across the globe as being similar to what has happened in many governments and institutions.

Said Golele: “It is not a secret that many of our own have fallen into a trap of colluding with syndicates, hence there are many internal arrests of our staff members. Criminal syndicates have made inroads in luring and recruiting even the tried and tested. They splash money on the faces of those who are vulnerable in an enticing way. And that eventually breaks the backs, not only of the weak but even the strong ones within the ranger core, and other sister departments.

“Those that have proven to be true ranger cadres are targeted by these criminals to eliminate them. The wave of assassination tactics to silence the true ranger cadres is fast developing, and sending shockwaves of fear to families and friends of individual rangers, who are committed to the cause of protecting the fauna and flora of our beloved South Africa and the South African landscape.”

Golele appealed to governments, law enforcement agencies, politicians, NGO’s and community leaders across the globe to join the fight and to condemn this barbaric, senseless murdering of rangers. “We cannot fold our arms and watch our God-given natural heritage stolen from us by these greedy criminals,” she said.

The International Ranger Federation reported 23 animal deaths, 19 deaths in service, 50 homicidal deaths, 35 occupational deaths and 23 deaths related to vehicle accidents by rangers globally for the period June 2021 to May 2022.

Mzimba had received deaths and according to Mpumalanga Police spokesperson Brigadier Selvy Mohlala, Mzimba and his wife were shot on 26 July at about 7pm at their home near Bushbuckridge by three men who asked for assistance with their vehicle. Mzimba was allegedly shot several times and his wife was shot in her stomach. Mzimba succumbed to his injuries, while his wife is in hospital fighting for her life (at the time of publishing). The suspects fled the scene without taking anything from the house. A manhunt has been launched.

Forestry, Fisheries and Environment Minister Barbara Creecy said in a media statement: “Anton dedicated his life to conservation and to the promotion of sound relations between conservation authorities and communities living on the outskirts of protected areas.

“I take this opportunity to salute his personal courage and the commitment with which he tackled his responsibilities. I will also be sending my sincere condolences to his wife and young family who have been left bereft of their father and breadwinner through this heinous crime.”

Mzimba, who had more than two decades of experience as a field ranger, was a key member of the Greater Kruger Environmental Protection Forum and winner of the 2016 Field Ranger of the Year at the annual Rhino Awards. His murder highlights the daily dangers rangers face in protecting fauna and flora.

“Rangers deserve not only our admiration and acknowledgement but our undivided support as they continue to protect our natural heritage assets,” concluded Kruger National Park managing executive Gareth Coleman. “We take this opportunity to express our gratitude to all the spouses and families of our rangers for the sacrifice they all make on a daily basis, with the knowledge that their partners’ lives might be lost due to the threats that come with the responsibility of dealing with wildlife crime.” OBP/DM