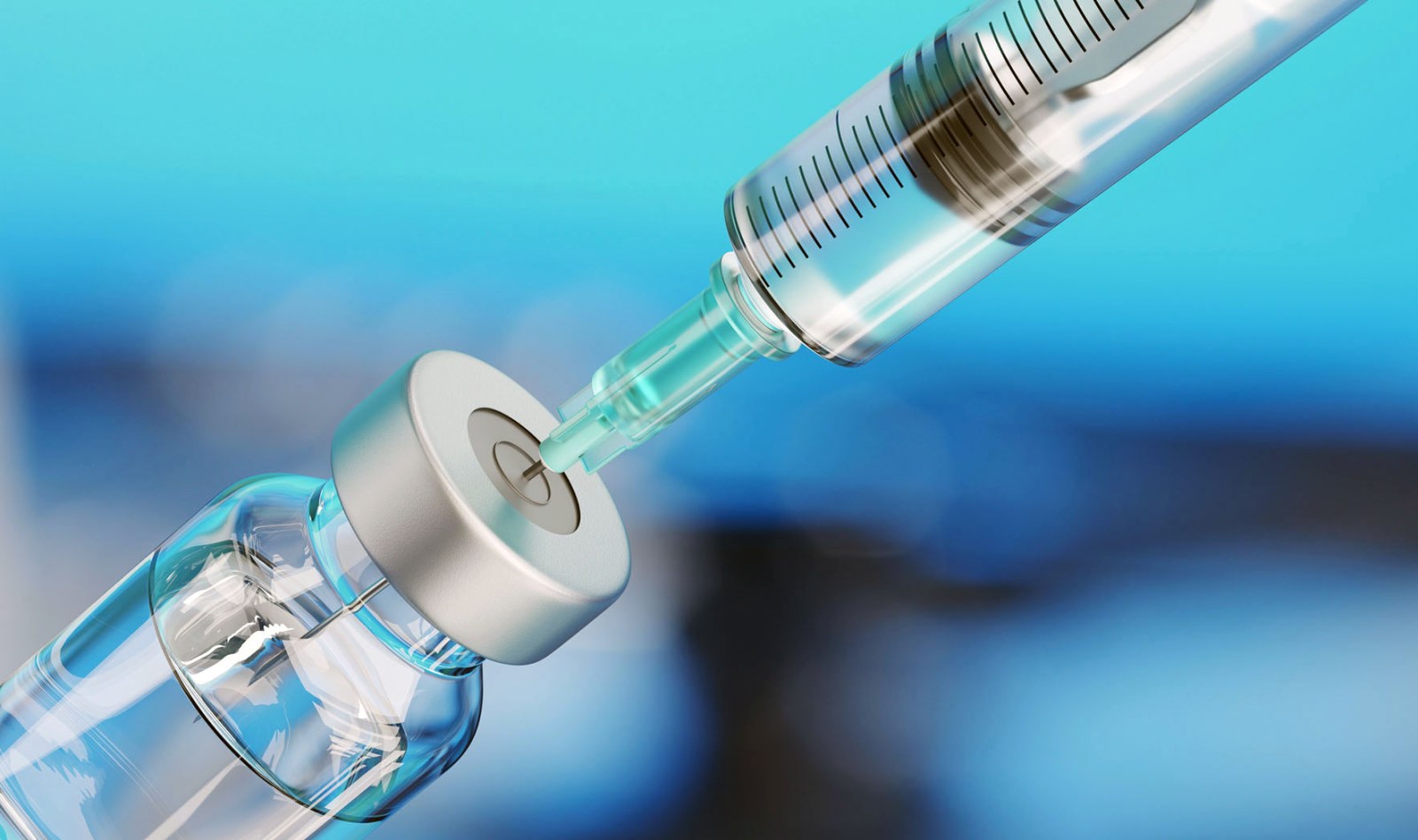 The injectable antiretroviral, cabotegravir (CAB-LA), is aimed at protecting those most at risk of HIV infection, including sex workers, people injecting drugs, men who have sex with men and transgender people. (Photo: iStock)

Ninety countries will benefit from a voluntary licensing agreement announced on Thursday that will enable generic companies to produce a long-acting injectable antiretroviral, cabotegravir (CAB-LA), to protect people from HIV infection.

CAB-LA’s manufacturer, UK pharmaceutical company ViiV, has given the licence to the Medicines Patent Pool (MPP) for patents in least-developed, low-income, lower-middle-income and sub-Saharan African countries.

CAB-LA is administered as an injection every two months for pre-exposure prophylaxis (PrEP), and is aimed at protecting those most at risk of HIV infection, including sex workers, people injecting drugs, men who have sex with men and transgender people.

These groups, designated “key populations” by UNAids because of their vulnerability to HIV, accounted for 70% of new infections in 2021, according to the programme.

“From here we’ll work with the MPP to help enable generic manufacturing as quickly as possible. We’ve committed to offering a not-for-profit price for public programmes in low-income, least-developed and all sub-Saharan African countries until a generic is available,” ViiV’s Deborah Waterhouse told the media on Thursday, on the eve of the International Aids Conference on Friday.

ViiV also produces the antiretroviral drug dolutegravir and has a voluntary licence for this with the MPP.

“By applying this proven modern model to prevention and sharing our intellectual property and enabling generic versions of CAB-LA for PrEP, we hope we can play an important role in preventing new cases of HIV, particularly in women and girls, where challenges with adherence, limited efficacy and stigma have hindered the impact of current PrEP options,” said Waterhouse.

Currently, PrEP has been restricted to oral pills that need to be taken every day, which is often hard for the high-risk groups that PrEP is aimed at.

Aside from the 90 countries covered, language in the licence indicates that additional countries where there are no patents or patent applications may also qualify for generic versions, said Gore.

“Licencees will be required to obtain approval from WHO pre-qualification or from a stringent regulatory authority. The sales are almost all royalty-free. Just in 10 countries, there will be a 5% royalty on net sales,” said Gore.

CAB-LA was approved for the prevention of HIV infection by the US Food and Drug Administration (FDA) in December 2021, but its price per vial is about $3,700.

A new coalition to accelerate access to long-acting PrEP was also announced on Thursday. Convened by the World Health Organization (WHO), Unitaid, UNAids and The Global Fund, and with HIV prevention advocacy group AVAC as the secretariat, the coalition will develop strategies to overcome access barriers to new PrEP options, including the price in wealthier countries.

ViiV is also collaborating with Unitaid, MedAccess and donors Children’s Investment Fund Foundation (CIFF) and the Gates Foundation, to speed up equitable access to its product.

“But we must move far more quickly than we did with oral PrEP if we are to have a real impact on the epidemic. This new coalition being formed will prioritise the acceleration of affordable, equitable and widespread access to injectable, long-acting cabotegravir for PrEP without delay.

AVAC executive director Mitchell Warren described the agreement as “a major step forward, and we applaud ViiV Healthcare and MPP for agreeing to a voluntary licence”.

“But this is just one step, and there is much more to be done. All stakeholders need to step up to accelerate access to CAB for PrEP at the lowest possible price while building a sustainable market for generics.”

Community representative Jacque Wambui from Afrocab said community partners had been encouraged to see the responsiveness and engagement from global partners.

“However, we recognise this is just the first step on this path for long-acting cabotegravir for PrEP. Speedy technology transfer and low-cost pricing have still not been secured. Until then, the promise of accessible, affordable CAB-LA will not be realised. Afrocab and our community partners will continue to advocate around these issues until they are resolved.”

The WHO also released new guidelines for the use of CAB-LA on Thursday.

“Long-acting cabotegravir is a safe and highly effective HIV prevention tool, but isn’t yet available outside study settings,” said Meg Doherty, WHO director of HIV, Hepatitis and Sexually Transmitted Infections.

“We hope these new guidelines will help accelerate country efforts to start to plan and deliver CAB-LA alongside other HIV prevention options, including oral PrEP and the dapivirine vaginal ring.”

Meanwhile, results from a recent study that followed 3,223 women who were using PrEP – pills and the CAB-LA injections – were also released at the media briefing.

The women, based in Botswana, Eswatini, Kenya, Malawi, South Africa, Uganda and Zimbabwe, had initially been part of a clinical trial to compare oral and injectable PrEP (CAB-LA).

The trial was unblinded in November 2020 after proving that CAB-LA was 66% more effective than oral PrEP, but the trial participants continued to use either oral or injectable PrEP while waiting for a protocol amendment to enable all to get open-label CAB-LA.

In the year after the unblinding, three participants using CAB-LA became infected with HIV and 20 in the group using the oral pills.

“Women in sub-Saharan Africa bear a disproportionate burden of HIV and while there have been incredible efforts to expand access to oral PrEP, many women experienced social and structural barriers to daily pill-taking,” said Dr Sinead Delany-Moretlwe, the trial’s protocol chair and research professor at the University of the Witwatersrand.

Researchers also announced the first trans-specific analysis of data in a study that confirmed that CAB-LA is a safe and highly effective HIV prevention option for trans women.

The study involved 570 transgender women, 58% of whom were using gender-affirming hormone therapy, and CAB-LA was also safe and effective for those on hormonal treatment.

Reacting to the licensing announcement, Médecins Sans Frontières (MSF) described it as “a welcome yet limited step given its restrictive geographical scope”.

“The licence allows only up to three generic companies globally to produce and supply,” said Leena Menghaney, South Asia head of the MSF Access Campaign. “It is disappointing to note that a number of developing countries with generic manufacturing capacities in Latin America and Asia are currently excluded from this licence agreement.”

Health GAP executive director Asia Russell said the agreement was the result of activist pressure as “just four months ago, ViiV announced it would not pursue voluntary licensing for CAB-LA to allow generic manufacturing and accessible pricing for low- and middle-income countries.

“But generics won’t reach the market for years and years. ViiV must cut the price now to one equivalent to the price of oral PrEP, and make sufficient supply available so people can actually access it,” added Russell.

“This licence is not open, doesn’t include tech transfer, and doesn’t include all countries where it is needed. With the current direct and indirect territorial coverage included in this licensing deal, there are still far too many people left behind, including those who stand to benefit the most from this scientific advancement. Brazil is an excluded country – when gay men and other men who have sex with men and trans women participated in clinical trials that delivered the data to make CAB-LA a marketable product for ViiV.” DM/MC