SA HIV infections decreasing but millions at risk as gl... 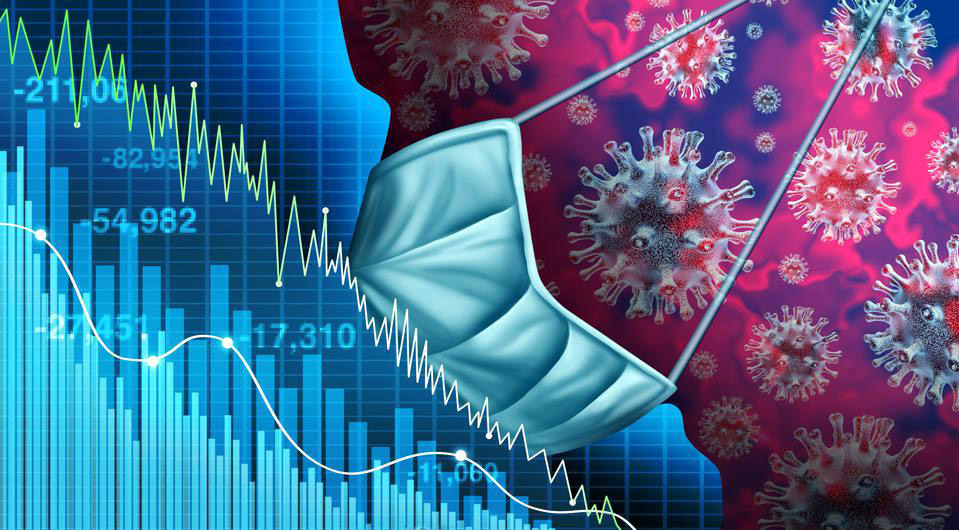 Due to the last two years of Covid-19 and other global crises, progress against the HIV pandemic has faltered, resources have shrunk, and millions of lives are at risk as a result. (Photo: forbes.com / Wikipedia)

UNAids data released ahead of the International Aids Conference starting this week in Montreal, have shown an alarming increase in new infections in many parts of the world with young women and adolescent girls – particularly those in Africa – still most at risk. The conference was set to start on Wednesday amid scathing criticism of the Canadian Foreign Office as a large number of delegates from the Global South were not issued with visas.

New HIV infections occurred disproportionately among young women and adolescent girls in 2021, with a new infection every two minutes, due to the Covid-19 pandemic-driven disruption of prevention services.

This is one of the dire statistics released by UNAids ahead of the International Aids Conference opening in Montreal, Canada on Friday.

“We can end Aids by 2030 as promised,” executive director of UNAids Winnie Byanyima said. “But what it takes is courage.”

In her foreword to the UNAids report, she wrote: “Over the last two years, the multiple and overlapping crises that have rocked the world have had a devastating impact on people living with and affected by HIV, and they have knocked back the global response to the Aids pandemic. The new data revealed in this report are frightening: progress has been faltering, resources have been shrinking and inequalities have been widening. Insufficient investment and action are putting all of us in danger: we face millions of Aids-related deaths and millions of new HIV infections if we continue on our current trajectory. Together, world leaders can end Aids by 2030 as promised, but we need to be frank: that promise and the Aids response are in danger. Faltering progress meant that approximately 1.5 million new HIV infections occurred last year – more than one million more than the global targets. In too many countries and for too many communities, we now see rising numbers of new HIV infections when we need to see rapid declines.”

Byanyima highlighted the problems of hundreds of delegates in the Global South who were not issued visas to get to Montreal, in a tweet earlier in the week.

“I’m @ Geneva airport, at the gate, boarding pass in hand on my way to #unaids2022, I’m almost refused to board, all docs scrutinised over &over again, calls made…. I board last. Hundreds of people in the South have been denied visas & won’t attend #UNAIDS2022 Unjust, racist!”

A month ago, in an open letter to Sean Fraser, the Minister of Immigration, Refugees and Citizenship in Canada and signed by 249 organisations and 257 individuals, Ken Monteith from COCQ-Sida wrote:

“In July, Canada will host the International Aids Conference in Montreal. Hundreds of delegates from Asia, Africa and Latin America scheduled to attend this conference are at risk of being excluded because Canada has not issued them visas, while reportedly about 100 others have seen their applications rejected.

“As the crisis unfolds, there’s a real risk of this international event missing perspectives from low- and middle-income countries, critical to producing effective global health agendas.

“With both international travel and global health becoming increasingly unequal, all eyes will be on Canada to see if we exclude or include the most critical voices (such as people living with HIV, HIV key populations, and vulnerable populations) at Aids 2022. As a committed coalition of Canadian and international-based organisations and advocates, we are calling on you to urgently accelerate visa approvals and reduce barriers to enter for these delegates.”

According to the UNAids report, pandemic-driven disruption of programmes for HIV treatment and prevention services, millions of girls kept out of school due to closures, spikes in teenage pregnancies and gender-based violence have driven up the risk faced by young women.

The report found that in sub-Saharan Africa, adolescent girls and young women are three times as likely to acquire HIV as adolescent boys and young men.

In better news though the report states that South Africa, Nigeria, India and the United Republic of Tanzania had some of the most significant reductions in the number of HIV infections even amid Covid-19 and other crises. The progress has, however, slowed down significantly from before.

Some of the strongest progress was made where community-led services, enabling legal and policy environments, and equitable services are clearest.

The report sets out the devastating consequences if urgent action is not taken to tackle the inequalities that drive the pandemic. It shows that, on the current path, the number of new infections per year would be more than 1.2 million in 2025 – the year in which United Nations member states have set a goal of fewer than 370,000 new HIV infections. That would mean not just missing the pledge on new infections, but overshooting that pledge by more than three times, UNAids warns in the report.

The report further highlights that global shocks like the Covid-19 pandemic and the Ukraine war have further exacerbated risks for the HIV response and that debt repayments by the world’s poorest countries are “choking countries’ capacities to respond to Aids”.

“These data show the global Aids response in severe danger. If we are not making rapid progress then we are losing ground, as the pandemic thrives amidst Covid-19, mass displacement, and other crises. Let us remember the millions of preventable deaths we are trying to stop,” Byanyima said.

“Progress in prevention and treatment is faltering around the world, putting millions of people in grave danger. Eastern Europe and central Asia, Latin America, and the Middle East and North Africa have all seen increases in annual HIV infections over several years. In Asia and the Pacific, UNAids data now show new HIV infections are rising where they had been falling.”

Action to tackle the inequalities driving Aids is urgently required to prevent millions of new HIV infections this decade and to end the Aids pandemic.

Over the past two years of Covid-19 and other global crises, progress against the HIV pandemic has faltered, resources have shrunk and millions of lives are at risk as a result.

Globally the number of new infections dropped only 3.6% between 2020 and 2021, the smallest annual decline in new HIV infections since 2016.

UNAids data have also shown an increased risk of new infections faced by gay men and other men who have sex with men, who are at 28 times the risk of acquiring HIV compared with people of the same age and gender identity. People who inject drugs have 35 times the risk, sex workers 30 times the risk, and transgender women 14 times the risk.

The report also shows that efforts to ensure that all people living with HIV are accessing lifesaving antiretroviral treatment are faltering. The number of people on HIV treatment grew more slowly in 2021 than it has in over a decade, with about 10 million people who do not have access and only half (52%) of children living with HIV having access to lifesaving medicine.

“These figures are about political will. Do we care about empowering and protecting our girls? Do we want to stop Aids deaths among children? Do we put saving lives ahead of criminalisation?” Byanyima asked. “If we do, then we must get the Aids response back on track.”

The report further warned of worsening food insecurity for people living with HIV across the world, making them much more likely to experience interruptions in HIV treatment.

“At a moment when international solidarity and a surge of funding is most needed, too many high-income countries are cutting back aid, and resources for global health are under serious threat. In 2021, international resources available for HIV were 6% lower than in 2010.

Overseas development assistance for HIV from bilateral donors other than the US has plummeted by 57% over the past decade. The HIV response in low- and middle-income countries is $8-billion short of the amount needed by 2025. Global trade rules are obstructing these countries’ production of pandemic-ending medicines, including new and emerging long-acting HIV medicines, and keeping prices unaffordably high for them to procure at scale, the report states.