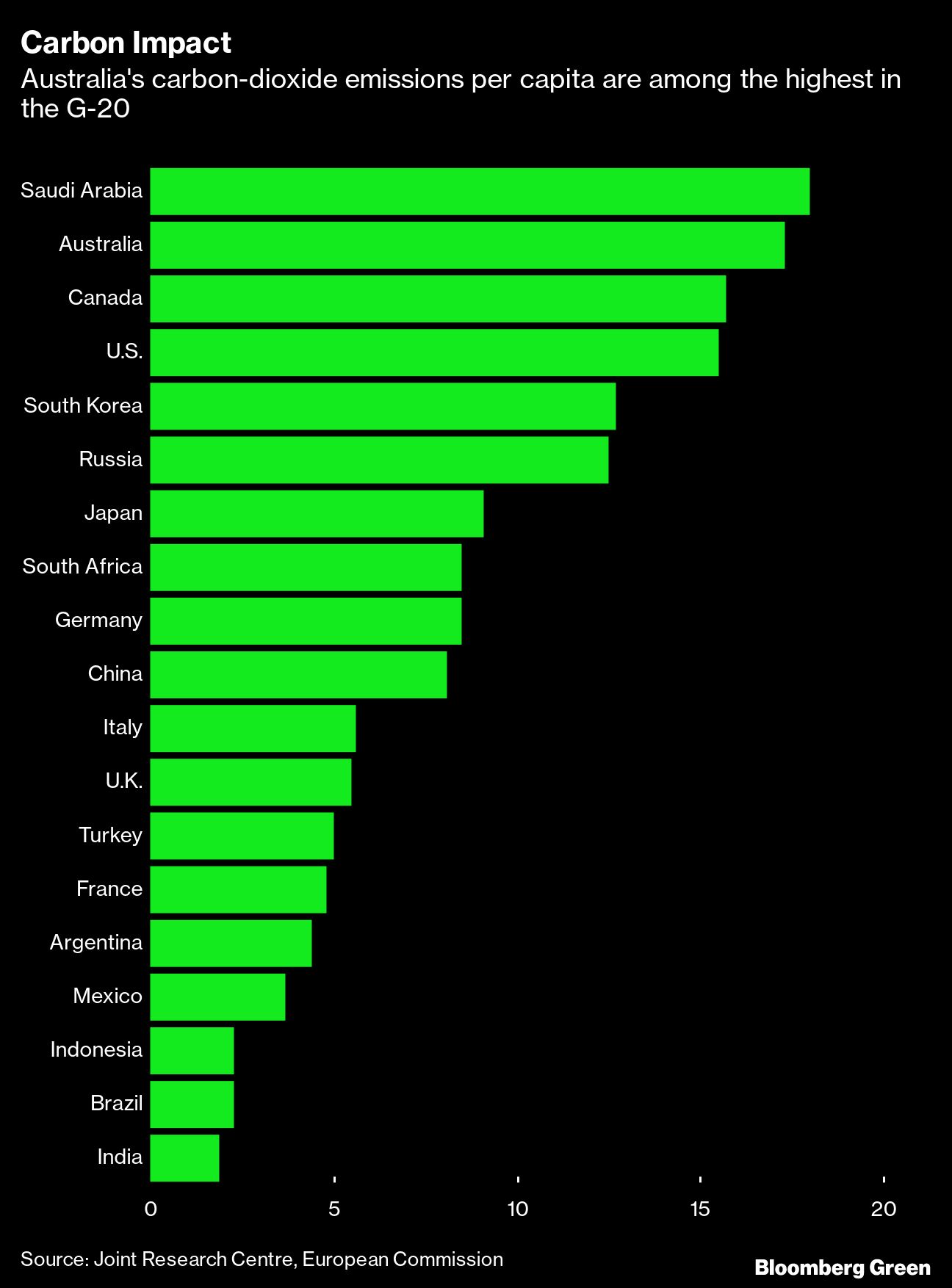 The government introduced legislation to enshrine steeper targets to cut greenhouse-gas emissions into law, even as Greens politicians signalled more ambitious goals are needed to win their support. Prime Minister Anthony Albanese has promised to cut greenhouse gas emissions 43% from 2005 levels by 2030, compared with the previous government’s goal of a reduction of 26% to 28%, and to reach net zero by 2050.

That would bring Australia closer in line with nations like Canada, South Korea and Japan, though lags behind action pledged by the US, the European Union and the UK.

The Climate Change Bill 2022 was among a raft of legislation introduced by the new government Wednesday as Australia’s parliament resumes for the first time since Albanese’s Labour Party won a May election on a platform that included policies to accelerate emissions reduction and to boost renewable energy.

“It’s an important bill,” Minister for Climate Change and Energy Chris Bowen told Sky News Australia. “It sets our emissions targets in law, it provides a framework for investors to let investors know Australia’s open for business, for renewable energy, for transmission, for storage, to create hundreds of thousands of jobs.”

Under nine years of fossil fuel-supporting conservative governments, Australia was viewed as a global laggard on action to curb emissions. While Albanese has vowed to work closely with international allies and to end the country’s so-called “climate wars”, his government’s proposals have underwhelmed some campaigners.

That disappointment may prove problematic. To pass new legislation Albanese will require support from lawmakers elected after campaigning for far tougher climate action, including the Australian Greens Party and pro-climate independent David Pocock who hold the balance of power in the Australian Senate, the country’s upper house.

The Greens have called for a moratorium on new fossil-fuel projects, a move rejected by the prime minister, who claims that to do so would encourage consumers to use what he argues is more polluting material supplied by other producer nations.

Curbing the A$104-billion ($72-billion) coal export sector would dent the country’s economy and “wouldn’t lead to a reduction in global emissions”, he told the Australian Broadcasting Corporation in an interview on Tuesday. “What you would see is a replacement with coal from other countries that’s likely to produce higher emissions because of the quality of our product.”

Australia’s accounting of coal mine emissions has come under recent scrutiny, and the government in February said it was revising the method used to calculate methane pollution from open-cut mines.

Bowen has described the government’s target of a 43% emissions cut by 2030 as “a floor, not a ceiling”, and has signalled the government may implement higher targets for 2035 and 2040. The legislation should pass the lower house by the end of next week, before heading to the more-contested Senate. BM